Israeli press review: Jews for Jesus to pay Palestinians to leave their land

Mayor of illegal settlement told the Israeli army that if it did not block a Palestinian traffic junction in the West Bank, he will do so 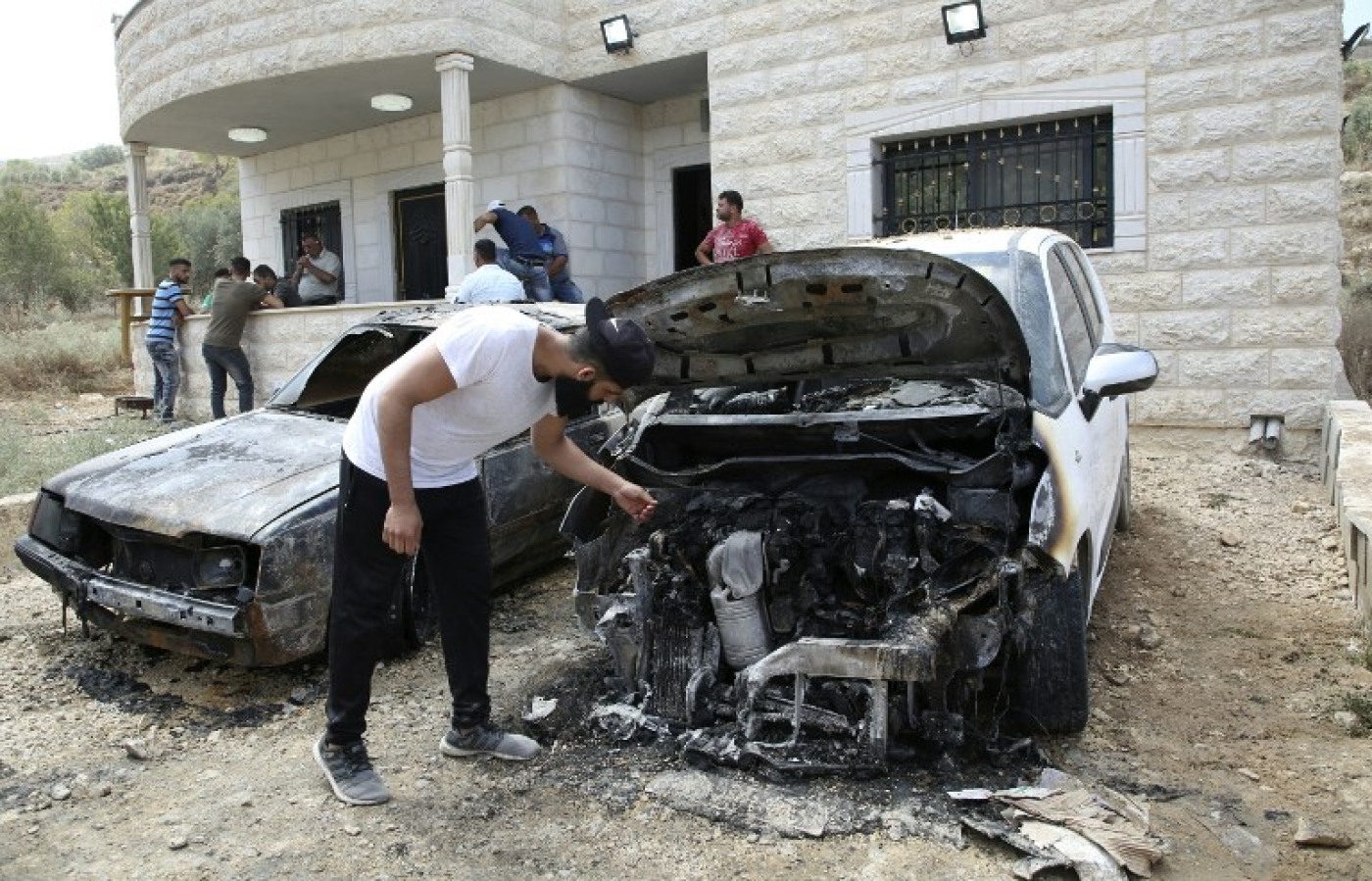 A Palestinian man inspects one of two cars that were purportedly set on fire by Jewish settlers in the village of Ourif near Nablus in the occupied West Bank, 13 July (Reuters)
By
MEE staff

A lobby group advocating for Americans of Jewish origin who worship the Christian messiah are pressing the Trump administration to allocate funds for a plan to pay Palestinian people to leave the occupied West Bank and relocate to other parts of the world, Israel Channel 10 reports.

The Alliance for Israel Advocacy is pushing for passage of new US legislation next month that would see budgets previously allocated for UNRWA – the United Nations agency for Palestinian refugees – earmarked to support Palestinians if they agree to emigrate to the United States or other countries such as Sweden, Turkey, or the United Arab Emirates.

According to Channel 10, the messianic group is pushing the plan, together with its Evangelical Christian partners and their allies in the US Republican Party, in order to boost the ratio of Jews to non-Jews living in Israel, thus ensuring continued Jewish dominance.

“We are offering financing for Palestinian residents that are interested in leaving and moving to other countries, we will provide them with the required resources,” says Paul Liberman, the group’s executive director. “We hope to change in ten years the demography in the West Bank to enable its final annexation.”

Liberman also claims to have discussed the group’s proposal with US government officials like Trump’s Middle East envoy Jason Greenblatt, and to have received promises of funding from far-right Israeli lawmaker Moti Yogev of the Jewish Home party.

An Israel law which would sanction the deportation of Palestinian civilians for merely being related to perpetrators who attacked Israelis, passed on Wednesday by a 69-38 margin the first of three parliamentary votes required to become Israeli law, Walla reported.

The bill’s passage was all but guaranteed after government ministers approved its content on Sunday in the important Ministerial Committee for Legislation, against the advice of Attorney General Avichai Mandelblit, who has warned that it is not likely to pass the test of Israel’s Supreme Court.

“This is not collective punishment against innocents, but rather punishing those who pushed the terrorist to carry out the attack,” said Israel Tourism Minister Yariv Levin in a plenary debate over the bill Tuesday.

Three lawmakers from the Joint List party, Palestinian citizens of Israel, were ejected from the hall for disrupting a speech by Yogev.

“This is a law of war criminals,” cried MP Ahmad Tibi. “You’ll get to The Hague.”

Israel’s agricultural minister ordered a ban until further notice on all import of fruits and vegetables from the Palestinian Authority, Maariv reported.

The ban is expected to exact a heavy toll on the Palestinian economy; it would mean the daily waste of up to 300 metric tonnes of edible produce and a daily loss of 1 million shekels – about $266,000 – for Palestinian farmers.

The call to turn back trucks from the West Bank full of fruits and vegetables pits Minister Uri Ariel – of the government’s most far-right faction, the National Union – against the declared wishes of Israel’s security establishment, who are advising against any such trade ban. Defence officials are arguing that a step like this could hurt Israeli security by increasing Palestinian frustrations.

A Israeli security establishment official cited by Maariv called the ban “an irresponsible and populist decision, and it is due to nothing other than political considerations, at the expense of security of the entire public”.

Maariv cites a recent Palestinian Authority decision to end the import of lambs from Israel as the catalyst behind Ariel’s tit-for-tat trade sanction.

Security officials urged Ariel to negotiate with his Palestinian counterpart and argue for the interests of Israeli farmers hurt by their cattle ban, but the minister elected instead to ratchet up tensions and retaliate with a food ban of his own.

Settlement mayor to army: Block Palestinian traffic or we will

The mayor of an illegal Israeli settlement in the occupied West Bank has issued an ultimatum to the Israeli army: if they do not block an intersection to all Palestinian road traffic, the mayor and residents of his village will do so in a vigilante capacity, far-right Israeli news site the Jewish Voice reported.

Shai Alon, head of the municipal council of Beit El, population six thousand, informed Benjamin District Brigade Commander Sharon Asman that if Palestinians are permitted to drive on the highway that runs between Junction 60 and the Palestinian cities of al-Bireh and Ramallah, he would “block the junction with his body”.

The Israeli army prevented any Palestinian vehicular traffic on that stretch of road for years, then rescinded the ban two years ago. In response to Alon’s threats, the brigade commander renewed the ban on Palestinian traffic, but stipulated that the ban was temporary and would be annulled in two days’ time.

“With this being the case, Beit El residents will come tomorrow to replace the army and will take it upon themselves to block the passage of Arab vehicles,” Alon said. 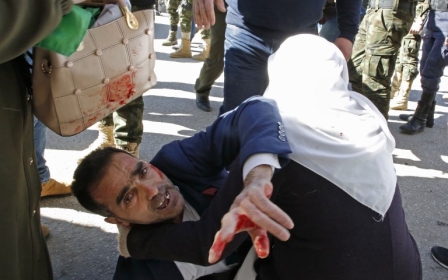 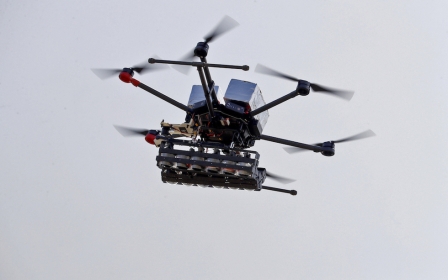