Israeli police inspect the site of a stabbing attack in Jerusalem on Thursday (Anadolu)
By
MEE and agencies
Israel and the West Bank saw fresh bouts of violence on Wednesday, with tensions at fever pitch.
Israeli forces shot dead a Palestinian during clashes in East Jerusalem on their way to the home of a man accused of an earlier stabbing attack, medics have said.
The Palestinian, who was not named, was shot in the chest at the Shuafat refugee camp in occupied East Jerusalem, according to the Red Crescent and hospital sources.
His death comes after at least eight Israelis were injured and one Palestinian attacker killed in three stabbing attacks in Jerusalem, the occupied West Bank and Tel Aviv.

Nine police officers were reportedly injured while raiding the home of the suspect, according to the Times of Israel.

In the first attack, Israeli police said a 25-year-old religious student was knived by a 19-year-old Palestinian at a railway station in the north of Jerusalem. The victim was said to be in a serious condition in hospital.

In a second attack, an Israeli soldier and four passersby were stabbed with a screwdriver in Tel Aviv before their attacker was shot dead, police and the military said. All of the victims were lightly wounded. Police did not provide further details about the attacker apart from identifying him as a "terrorist".

In the third attack, a Palestinian stabbed an Israeli near the Kiryat Arba settlement near Hebron in the occupied West Bank, the military said. The victim was severely wounded while the attacker fled.

Benjamin Netanyahu, the Israeli prime minister, had earlier banned cabinet ministers and MPs from visiting the flashpoint Al-Aqsa Mosque compound. Netanyahu's office said that the ban on visits to the site, known to Jews as Temple Mount, was aimed at "cooling things down". The office said that both Palestinian and Jewish politicians were barred, and the ban was open-ended.

"The decision on whether to join the government is in the hands of the opposition," he announced.

"We would be glad for cooperation from the Palestinian Authority," he added. "If this is their direction, I welcome it."
He added that the attacks so far had mostly been unorganised.
"We are in the midst of a wave of terror of knives, firebombs, stones and live fire," Netanyahu told reporters.

"These actions are mostly not organised, but they are all the result of wild and untruthful incitement from Hamas, from the Palestinian Authority, from several neighbouring counties and, no less, from the Islamic Movement in Israel."

Defense Minister Moshe Yaalon also called on "all sides, Jews and Arabs," to stop the violence and incitement.

"The IDF has been waging an assault on Palestinian terror since Operation Defensive Shield," he said during a press conference, referring to the Israeli army's operation during the Second Intifada. "IDF commanders are experienced combatants … this is the time to be united and fight the Palestinian terror wave with determination."
Netanyahu's decree angered Uri Ariel, a cabinet minister from the ultra-right-wing Jewish Home party, who recently visited Al-Aqsa. Several Palestinian politicians in Israel said Netanyahu had no moral authority over them, and two announced they planned to visit the site for Friday prayers.
The ban also comes days after Jerusalem's Israeli mayor, Nir Barkat, was seen carrying an assault rifle in a visit to a Palestinian area of the city. Barkat, a former military officer and licensed gun owner, defended his decision to carry a weapon and on Thursday encouraged other licensed gun owners to also carry their weapons at this tense time.
"One of the advantages Israel has is that there are many veterans of military units with operational combat experience," he said. "Having a weapon increases the residents' confidence."
The latest unrest began about three weeks ago during intense clashes with Israeli forces in which Palestinians barricaded themselves inside the Al-Aqsa Mosque, and hurled stones, petrol bombs and fireworks at police. Police fired at demonstrators with rubber bullets, tear gas and stun grenades. The violence later spread to Palestinian areas of East Jerusalem and to the West Bank, and on Tuesday there were disturbances in Jaffa, near Tel Aviv.
Four Israelis have been killed in stabbings in Jerusalem and a drive-by shooting in the occupied West Bank in the past week, and two Palestinians, both teenagers, have been shot dead and scores injured in clashes with Israeli forces and settlers. 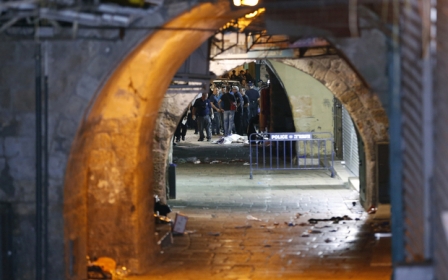 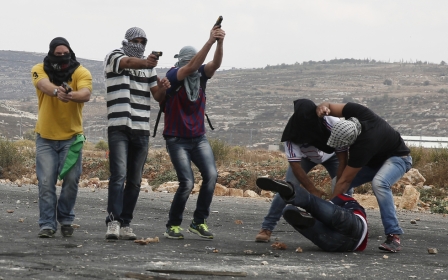 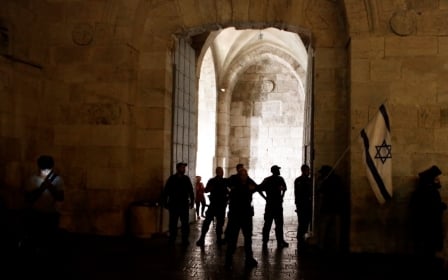