Grossman won for his book, 'A Horse Walks Into a Bar,' which is about a fictional stand-up comedy show 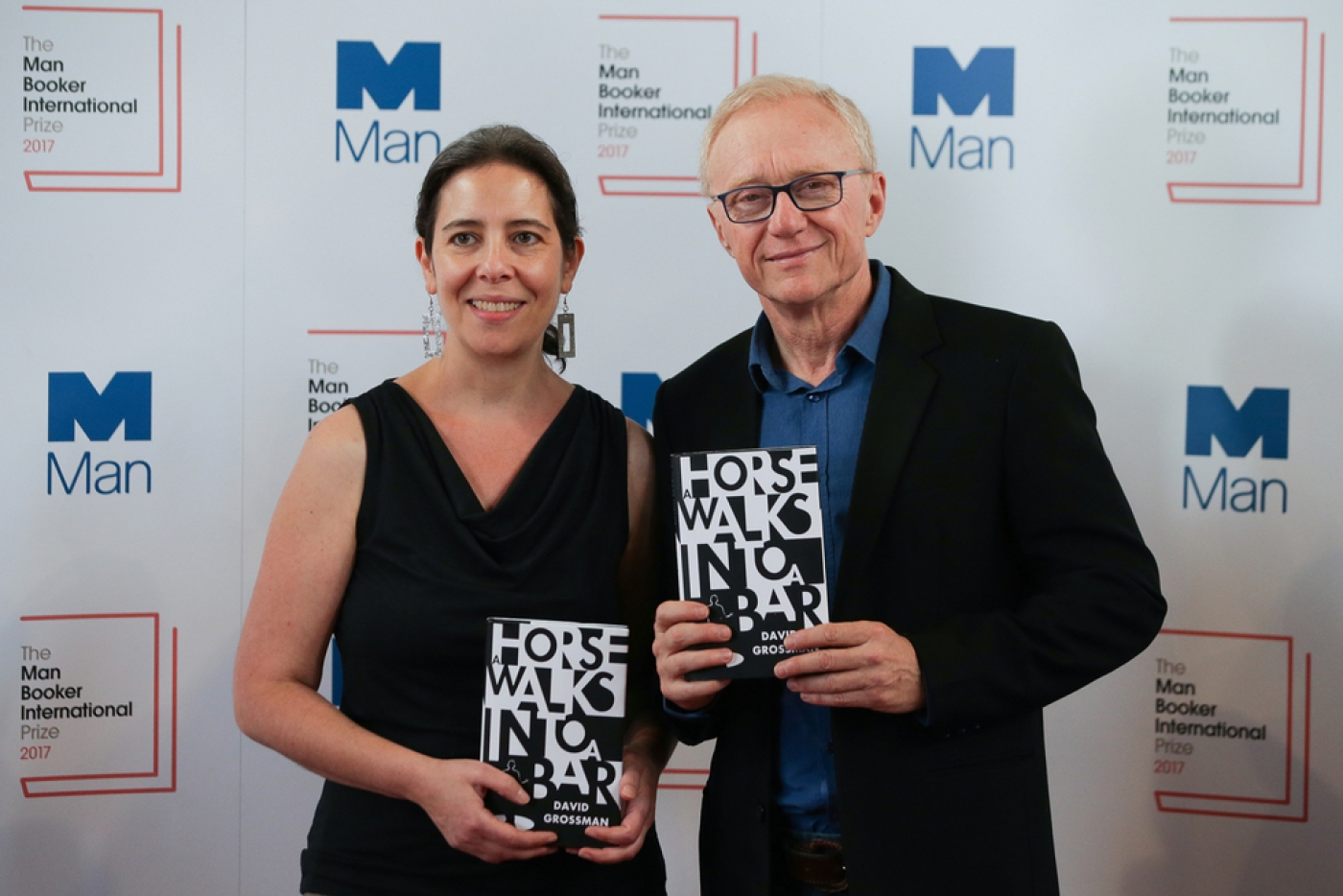 Grossman, the first Israeli writer to win the prize, is now expected to enjoy a spike in international sales for "A Horse Walks Into a Bar".

The book unfolds over the course of a stand-up show during which comedian Dovelah Gee exposes a wound he has been living with for years and the difficult choice he had to make between the two people who were dearest to him.

"Thank you all. I will cherish this award and this evening," Grossman said after receiving the prize at a ceremony in central London.

"I thank first of all my wonderful, devoted, translator, Jessica Cohen," the 63-year-old author added.

Judge Nick Barley said Grossman "attempted an ambitious high-wire act of a novel, and... pulled it off spectacularly".

"We were bowled over by Grossman’s willingness to take emotional as well as stylistic risks: every sentence counts, every word matters in this supreme example of the writer's craft," Barley added.

Since he started writing in the late 1970s after being fired from public radio following anger over his critical coverage, Grossman has won numerous Israeli and international awards.

His 1986 novel "See Under: Love" is seen by a number of critics as his masterpiece, delving into the Holocaust and the generation of Jews that followed.

Other works have included "The Yellow Wind," a prescient, non-fiction look at Israel's occupation ahead of the first Palestinian Intifada that erupted in 1987.

His 2008 novel "To the End of the Land," published after the death of his son Uri, contemplates the effects of war while portraying Israeli life.

Grossman's works have been translated into more than 30 languages, and he was also decorated with France's Chevalier de l'Ordre des Arts et des Lettres in 1998.

In 2011, he was part of a group of seven prominent writers from around the world to appeal to the United Nations Security Council to sanction the Syrian government over its actions in the civil war which began that year.

The international edition of Britain's Man Booker Prize was introduced in 2005. It was initially awarded in recognition of a body of work by a living author whose books were written or available in English.

From last year, the prize has been given for a single work of fiction that has been translated into English and published in Britain.

The prize was won last year by South Korean author Han Kang for "The Vegetarian," which sold 160,000 copies in the UK according to the prize organisers.