Israeli Defence Minister Naftali Bennett has asked the military to stop Palestinians from "taking over" Area C in the occupied West Bank and crack down on construction there, as the government eyes annexation of the region, Yisrael Hayom has reported.

The move, Bennett reportedly said, would stop what he called the "Palestinian-European control" of Area C. According to the 1993 Oslo Accords, the West Bank is divided into three areas: Area A under Palestinian Authority (PA) security and civil control; Area B where the PA has civilian rule but security remains controlled by Israel; and Area C, which constitutes 60 percent of the territory and is under full Israeli civil and security control.

Around 25 Palestinian towns and villages and approximately 300,000 Palestinians live in Area C, excluding East Jerusalem, which has been occupied by Israel since the 1967 Middle East war. Around 325,500 settlers in 125 settlements and outsposts also live in Area C.

However, over the past year, rightwing Israeli politicians, including many within the government, have called for the area's annexation.

Building permits are near-impossible for Palestinians to secure from Israeli authorities in Area C, leading to residents being forced to construct "illegally".

Yisrael Hayom reported that Bennett asked the army to put an end "to illegal Palestinian construction within two years" in Area C.

According to the newspaper, Bennett said at a meeting with senior security officials that the Palestinians and European counries are trying to establish "facts on the ground", and that there were 1,000 houses funded by European money planned to be built "illegally" in Area C.

No further information on the alleged contruction projects was provided by Yisrael Hayom.

Yisrael Hayom reported that the meeting concluded that it is “a well-organised tactic by the Palestinian Authority to illegally take over large areas of Area C that are under Israeli control, as part of a broader strategic move".

Bennett and the security officials reportedly referred to the building of houses in Area C as the "Fayyad Plan," a reference to Salam Fayyad, the former Palestinian prime minister. 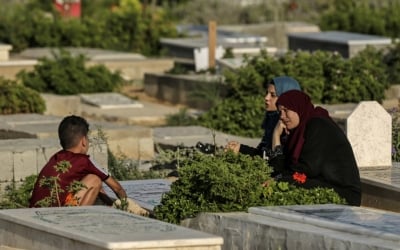 Bennett reportedly instructed the army to prioritise demolishing Palestinian houses close to major roads and Israeli settlements. He said that Palestinians, funded by the Europeans, wanted to restrict Israel from chunks of Area C by building in strategic locations.

Only appointed in November, Bennett officially serves only as interim defence minister.

However, since assuming the role he has made several drastic and confrontational moves.

On 12 November, the date of his appointment, Bennett approved the assassination of Islamic Jihad commander Baha Abu al-Atta in an air strike on his Gaza home, leading to two days of clashes during which 34 Palestinians were killed by Israeli fire, including women and children, before a ceasefire was agreed.

He subsequently announced that the army would no longer release the bodies of Palestinians killed by Israeli forces, regardless of their political affiliations, and set up a database of Palestinian and Arab activists to target their financial activities in Israel and abroad.

The hawkish minister has also concocted a war plan against Iran's presence in Syria.

An editorial in Israeli daily newspaper Haaretz said Bennett was "exploiting his five minutes" as defence minister to shatter a long-standing status quo in Hebron with his decision to build a new settlement. The paper said that even the Israeli army objects to the planned settlement.

It added that Bennett had turned the defence ministry into "a headquarters for the next election campaign", and that he intended to advance the "dreams" of settlers and rightwing Israelis. 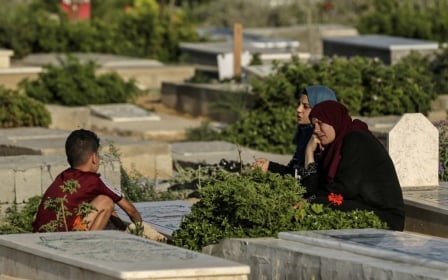