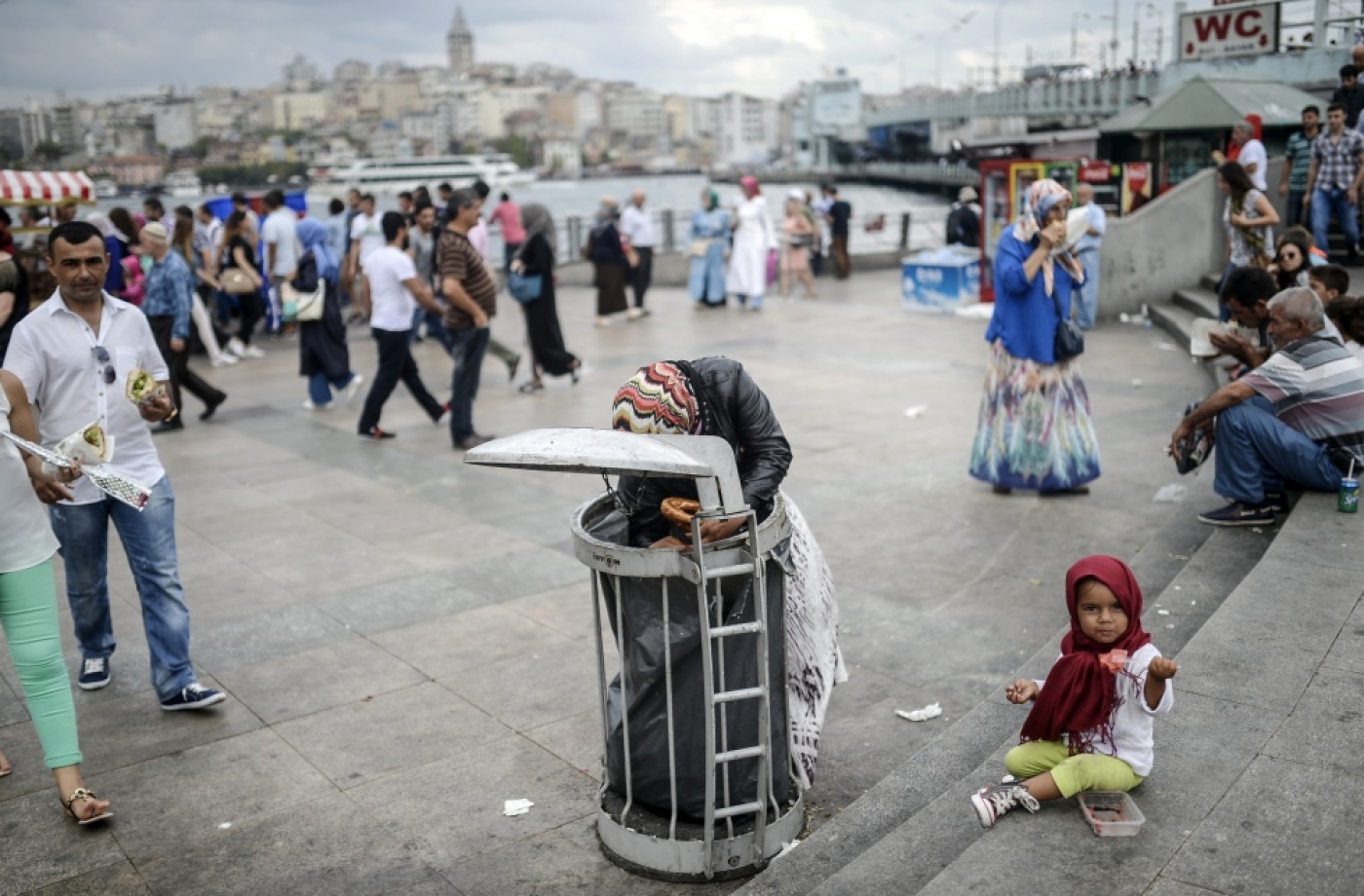 Hundreds of Istanbul residents angered by the presence of Syrian refugees clashed with police early Monday in a violent protest in a suburb of Turkey's biggest city, reports said.

The clashes were the latest violence amid growing tensions between Turkish locals and Syrian refugees who fled the civil war in their country and whose numbers in Turkey have now swelled to 1.2 million.

The protest in the Ikitelli district in the east of the European side of Istanbul was sparked by claims that young Syrian men had sexually harassed a teenage girl, the Dogan news agency reported.

Television pictures showed a group of some 300 people, armed with sticks, knives and machetes, attacking shops and cars belonging to Syrians and shouting anti-Syrian slogans.

Cars were smashed and turned upside down while the window panes of shops belonging to Syrians with Arabic lettering on the shopfronts were broken.

Riot police, using tear gas and water cannon, then moved in to disperse the protest.

The CNN-Turk news channel said five Syrian women were injured in the protest.

There have been repeated protests against the presence of Syrian refugees in Turkey over the last weeks but the actions have until now been largely in the south and southeast, where most of the refugees are concentrated.

However, the refugees are also a visible presence in Istanbul, with many seeking to make ends meet by begging.

Earlier this month, Turkey's relief agency said it was time for the world to start "sharing the burden" of the Syrian refugees it is hosting, after tensions had flared in another incident between Turks and refugees.

A similar protest sparked by allegations that a Syrian refugee had abused a Turkish child erupted last week in the city of Iskenderun in the Hatay region on the Syrian border.

Following violent protests against the presence of Syrians in the southeastern city of Gaziantep this month, the authorities moved hundreds of the refugees into refugee camps in a bid to calm tensions.

According to Turkey's relief agency, some 285,000 Syrian refugees are living in camps in Turkey but a far greater number of 912,000 are living outside the camps in cities across the country.