Five people have been arrested in Messina, Italy, in connection with an alleged massacre at sea in which 110 migrants were thrown overboard 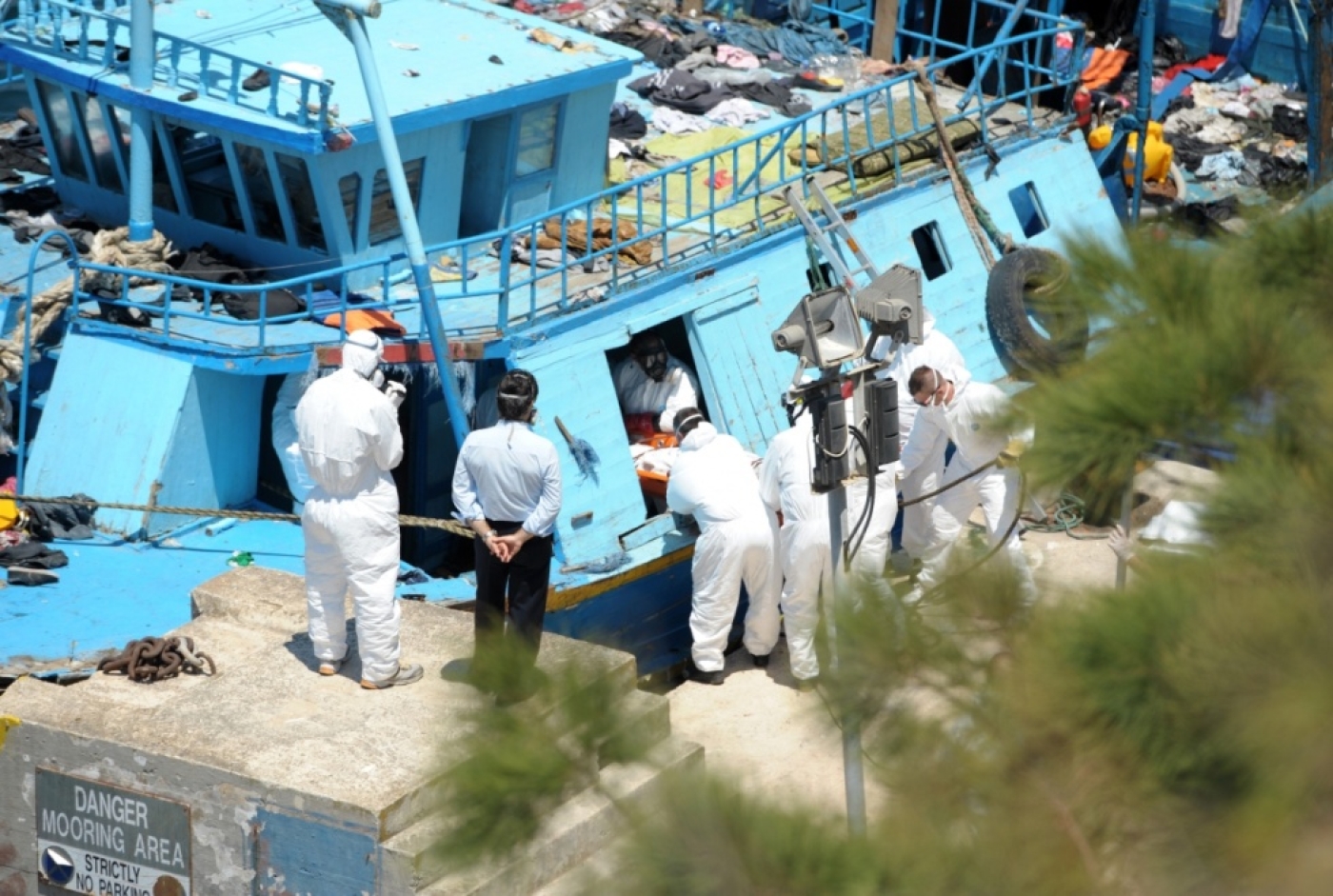 Italian police have arrested five migrants accused of murdering scores of fellow would-be refugees when fighting broke out on a boat making the treacherous crossing to Europe, local media reported.

Italian and Maltese naval crews last Saturday discovered 30 bodies, including a baby, of passengers who had apparently been overcome by heat and engine fumes after being locked in the hold of a boat carrying over 560 mostly-Syrian migrants, according to the reports.

The three Tunisian traffickers, who apparently did nothing to stop the massacre, were also arrested by the police on Monday.

Police in the Sicilian port of Messina, where the survivors were brought, were said to believe a further 110 people had been thrown into the ocean by their fellow passengers during a horror crossing from Tunisia.

Survivors told police grim details of how a journey aimed at finding a better life turned into a nightmare for many on-board.

According to the witnesses, migrants locked in the hold panicked as air ran out, forced the door and stormed the bridge.

The boat began to flounder, and fighting erupted between two groups of passengers on the bridge - one that wanted to brave the high seas and continue the voyage, and another that wanted to return to Tunisia.

Witnesses reportedly said that, in the chaos, many people were stabbed while others were thrown overboard in a bid to keep the vessel afloat.

Messina's chief of police estimated that 50 of the migrants were thrown overboard, and around 60 were stabbed and then thrown into the sea.

The gruesome tale is the latest tragedy to emerge from boats carrying large numbers of migrants seeking to reach Europe.

In the last week more than 1,700 migrants were rescued in Italian territorial waters, the navy said, many of them women and children. In early July, over 2,000 were plucked from the sea on only one weekend.

There has been a sharp rise in migrant landings in recent weeks because of the calm summer weather and increasing lawlessness in Libya.

Around 80,000 migrants are now believed to have landed in Italy so far this year - higher than the previous record of 63,000, set in 2011 at the height of the turmoil triggered by the Arab uprisings.

The deaths of hundreds of boat migrants during their voyages across the Mediterranean has thrust the issue into the public eye and sparked growing tensions in the EU.

Border countries such as Italy complain they are being abandoned by their European partners to deal with the massive influx of people, while northern countries insist they have their own migrants to deal with.

The Italian navy launched operation Mare Nostrum (Our Sea) in October after 360 illegal migrants drowned off the island of Lampedusa in a disaster that shocked Europe and beyond.

Aid organisations say death is widespread among migrants who seek to reach Europe via sea and there is little hope of policy changing in the EU.

“This is a horrible story and if the allegations are true, it will be the worst case,” Judith Gleitze, a Rome-based researcher for Borderline Europe, told Italian daily The Local. “Every day we hear stories of shipwrecks. There is so much death in the Mediterranean, but people see the migrants as animals, or as bad people.”

“I don’t think this [story] will change anything at the European level,” she added.