Locals in Diyarbakir say Turkey is trying to wipe out Kurdish heritage in its south-east, and with it political aspirations 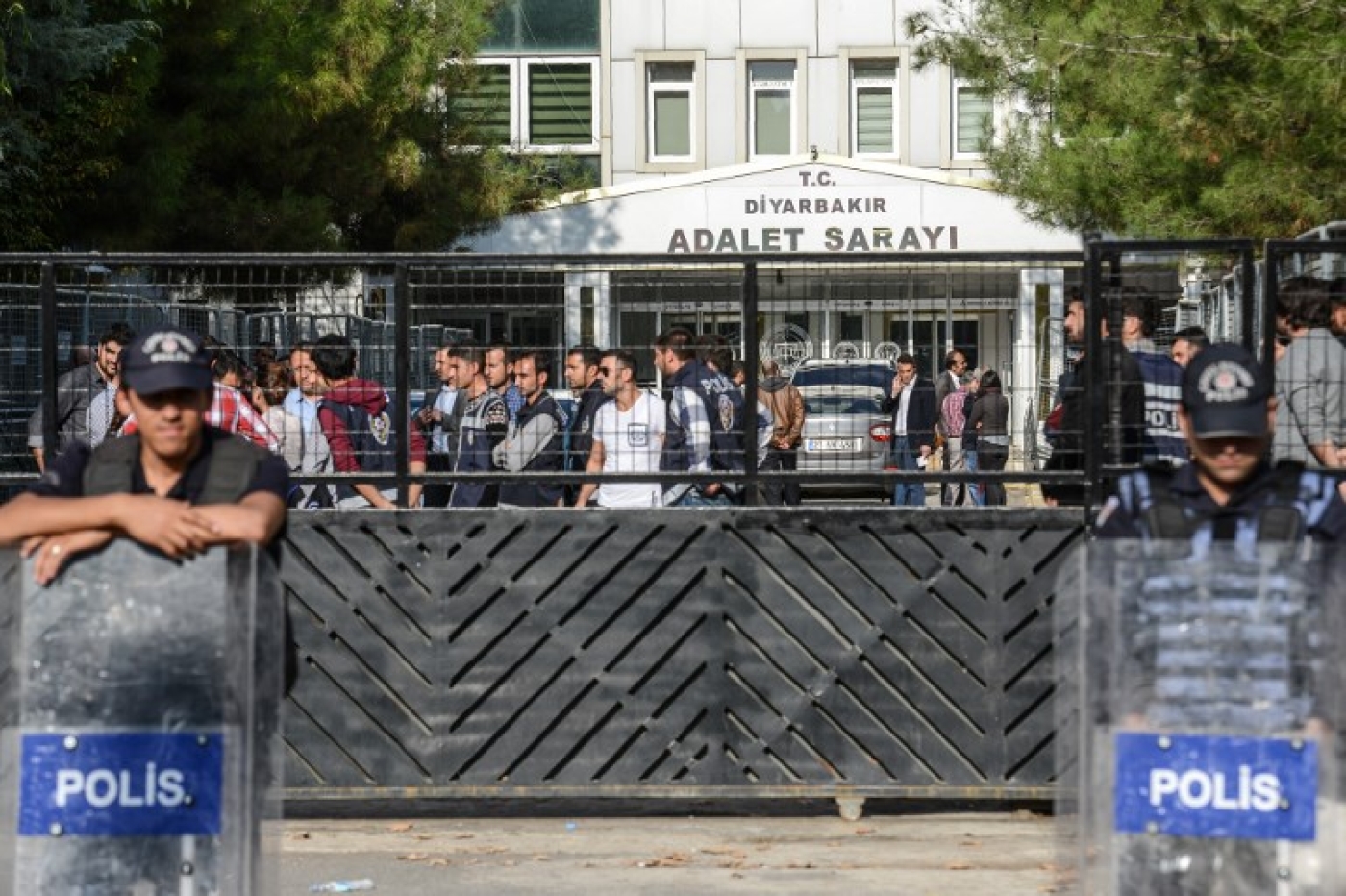 DIYARBAKIR – Just a few short months ago, visitors approaching Diyarbakir city hall were greeted by a large, black stone statue of a Lammasu – an ancient Assyrian deity with the head of a man, the body of an ox, and the wings of a bird. Now the building is protected by very different guardians: police officers pointing assault rifles out from behind armoured metal outposts.

Turkish officials have been systematically removing Kurdish public monuments and memorials across the country's majority-Kurdish south-east. The city hall's Lammasu is just one of the victims of the statue purge.

- Serif Derince, former adviser to the mayor of Diyarbakir

Over the past year the Turkish government has carried out an extensive crackdown on Kurdish political parties after the breakdown of a ceasefire between the banned Kurdistan Workers' Party (PKK) and the Turkish state in 2015 led to brutal street battles in Diyarbakir and other regional cities.

Now that the fighting has largely subsided, the authorities appear to have turned their attention to monuments and expressions of minority culture built by the Kurdish movement.

The list of monuments removed or destroyed includes a mural to a dead Kurdish politician, stone reliefs depicting scenes from the historic Kurdish Marwanid kingdom, and plaques bearing the names of Kurdish children who were shot by security forces during the conflict.

When a statue celebrating the 17th-century Kurdish writer Ahmedi Khani was destroyed in the city of Dogubeyazıt the state administrator claimed the destruction took place during road maintenance works.

The state administrators, known as Kayyumlar, who have led the removals, were appointed by the Turkish interior ministry to run city governments in place of locally elected mayors who were arrested in the crackdowns.

In the last 18 months, more than 80 co-mayors of local municipalities have been arrested on charges (which rights groups claim are trumped up) of supporting the banned PKK.

"The public monuments erected by the Kurdish city councils were an important part of a wider attempt to counter the Turkish state's homogenisation of public spaces and were symbols of the multicultural history of the city," said Serif Derince, a former adviser to the mayor of Diyarbakir and head of the city's cultural programmes. He was fired by the new administrator after the arrest of his former bosses, co-mayors Gultan Kisanak and Firat Anli.

Derince points out that in Diyarbakir's central Sheikh Said square there is a statue of Turkey's founder Mustafa Kemal Ataturk, but no monument to the eponymous Sheikh Said, a Kurdish religious leader who was hanged in the square after leading a rebellion against the central government in 1925.

"It was very powerful when people were able to see figures in public spaces which depicted something other than Ataturk," he told Middle East Eye.

Walking in central Diyarbakir, it doesn't take long to find evidence of the administrators' new policies. The shattered remains of a stone monument that stood to commemorate the death of Ugur Kaymaz, a 12-year-old Kurdish boy shot dead by Turkish soldiers in the town of Kiziltepe in 2004, his body carrying 13 bullet wounds, can still be seen around the stone base that once supported it.

"That monument in particular was important," said Derince.

"Kaymaz was killed only because he was a Kurd – there have been hundreds of such cases and the monument marked that history."

In the city's nearby Kayapınar district, an empty patch of brown land in an otherwise green municipal park tells a similar story. Until recently the patch was the site of a large monument erected by the city to commemorate the killing of 34 Kurdish villagers in a Turkish army air strike in 2011. No trace of the monument remains.

The office of the municipality's state administrator did not respond to requests for comment on the removal of the monuments.

'Who can do that?' Kurds forced out as Turkish city bulldozed
Read More »

"When local Kurdish parties got elected they put programmes in place to celebrate that multiculturalism and mark their history," he said.

"In knocking those markers down, the state is trying to destroy not only monuments but the memory of that spirit and ultimately the consciousness built by the Kurdish movement."

One of the first steps the administrators took was to remove Kurdish-language names on public signs across the south-eastern provinces. In Diyarbakir, the Kurdish and Assyrian name for the city, Amed, was removed from the city hall building and replaced with a large image of the Turkish flag.

"It is not only an attack on the Kurdish movement, it's an attack on its political project, including its emphasis on a multicultural and multi-ethnic identity which the Turkish state unfortunately finds threatening," said Celik.

"This is a destruction not only of the physical city, as happened during the crackdown, but also public memory: it is a kind of memorycide."