Jailed but not forgotten in Egypt

High-profile human rights lawyer Mahienour el Massry is the latest victim of Egypt’s draconian clampdown on protest. However, her supporters refuse to be silenced 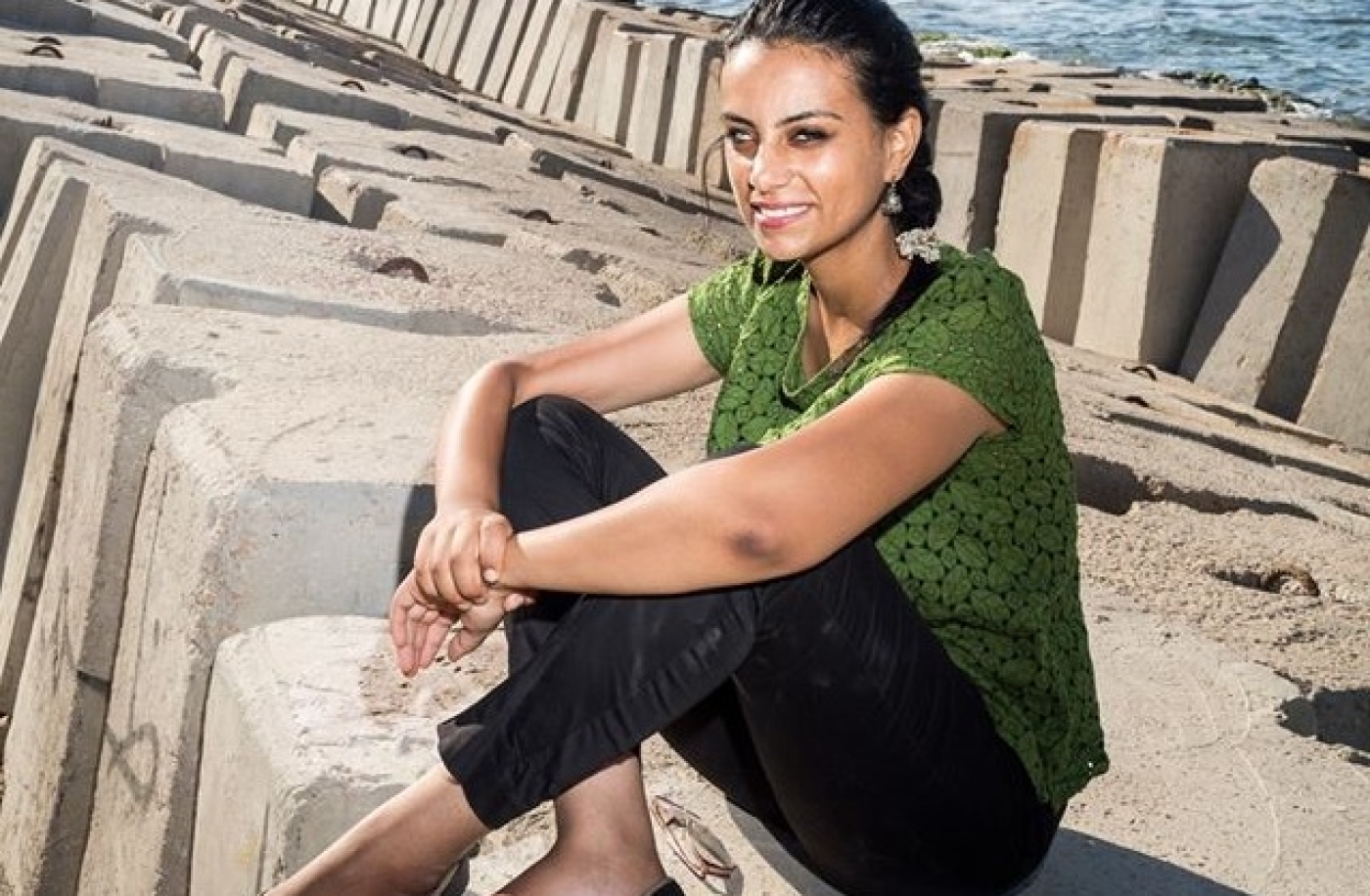 Mahienour el-Massry, the Egyptian human rights lawyer, responsible for organising the protest and media campaign that popularised the circumstances surrounding the Egyptian blogger’s Khaled Said’s death at the hands of two police officers, was sentenced last month to two years in prison for violating Egypt’s notorious protest law while protesting at his killers’ retrial.

Said was beaten to death by two police officers in June 2010 after being dragged from a local internet cafe from his neighbourhood in Alexandria. Mahienour, who is most commonly known by her first name, heard about the case through her work, and a plan was set in motion to spread word of Said’s death throughout the country.

Said’s brother had taken a picture of his battered body, and soon the image spread throughout the internet. Egyptians began to take to the streets in droves, and shortly after, the 25 January revolution began.

“Khaled Said was the icon of the revolution. His story, being murdered by the police, was actually one of the major things that ignited the 25 January revolution,” said Aida Seif al-Dawla, founder and director of the Nadeem Centre for Rehabilitation of Victims of Violence.

On 20 May, Mahienour was sentenced alongside eight other activists to two years in prison and a fine of EGP 50,000 (roughly $7,000). The defendants were charged with violating the protest law, which requires all street protests and gatherings to be registered with the ministry of interior; assaulting a police officer; blocking the road and destroying a police vehicle.

Activists and friends of Mahienour say the verdict is another arrest in a widespread campaign led by Egypt’s Ministry of Interior and “deep state” to dismantle Egypt’s activist networks, both conservative and progressive.

Mahienour has continued to campaign from her cell in the Damanhour women's prison through letters published in Egyptian English-language news website, Mada Masr. In her second letter, published Wednesday, Mahienour said she will refuse "all kinds of amnesty".

"The regime is the one that's supposed to ask for amnesty from the people," she wrote. "I will not leave my prison until the Protest Law is abolished completely."

On 24 November 2013, interim president Adly Mansour enacted a law forcing all protest organisers to register future protests with the Ministry of Interior. The law was criticised by activists and lawyers as a step towards the same draconian legal measures that staunched free speech and local dissent under Hosni Mubarak.

"The anti-protest law is giving the security forces more and more power to do what they want with total impunity,” Mahienour told the Middle East Eye during an interview in January.

Wiki Thawra, an online group staffed by volunteers, which is compiling “a statistical database of the Egyptian revolution”, says that 41,163 people have been arrested in relation to political activity since the 3 July 2013 ousting of Mohamed Morsi.  “[The military is] putting all the people who were against them in prisons, just like Mubarak did, just like [former army chief Hussein] Tantawy did, this is exactly the same face as Mubarak and they’re walking the same line,” said Mostapha Sakr, a researcher from Alexandria and personal friend of Mahienour.

Born into what she has described as a conservative middle-class family in Alexandria, Mahienour took inspiration from an aunt that she described in a video posted to YouTube in 2012 as being involved in revolutionary activity. She first became involved in politics during a protest in Alexandria in 2008 at a rally for the then nascent protest group, April 6. She was arrested and beaten alongside others attending the rally.

Mahienour continued her efforts to represent workers and victims of human-rights abuse, despite threats of arrest and physical harm. “[Mahienour] is a very modest person. She is always apologetic; always feels that she did not do enough, that she could do more. She even apologises for appearing in court,” Seif al-Dawa said.

In the autumn of 2013, refugees from the Syrian war began pouring into Alexandria as they fled the conflict. Authorities began arresting them for lacking proper documentation while media figures gave constant reports of Syrians “infiltrating the country” and taking Egyptian jobs. Xenophobia was high among the public and many were being threatened with deportation.

Mahienour co-founded a civil society organisation called Refugee Solidarity Network with Taher Mokhtar, and others. They visited Syrians and Palestinian Syrians in jail, providing them with legal and medical assistance. Through their work they were able to put pressure on the Egyptian government to release jailed refugees, and to secure the release of many Syrian families.

After initially being sentenced to seven years in prison in October 2011, Awad Ismail Suleiman and Mahmud Salah Amid, the two police officers charged with killing Said, were granted a retrial in March.

Mahienour arranged a protest outside the courthouse in downtown Alexandria – the two policemen’s sentence was later extended to 10 years at the trial.

Alexandria, being a far smaller city than Cairo, has a close-knit circle of activists who know police officers by name.

According to activists present at the protest, police officers converged on the group and attacked them with illegal weapons.

In the few months in-between sessions of her trial, Mahienour travelled underground, constantly moving in between safe houses to avoid detection and confrontations with police. "She's fine. You know, she's Mahienour," Mokhtar said during that time, adding however, "I'm worried that this time she would finish up in jail".

Shortly after Mahienour was sentenced on 20 May, the Egyptian Centre for Social and Economic Rights held a press conference at their branch in Alexandria. Police officers interrupted the conference, beat several activists in attendance, and 15 people were arrested and released later that day.

At a press conference held on Saturday outside the journalist syndicate in downtown Cairo by Khaled Ali, the director of the Egyptian Initiative for Personal Rights, he said: "We are here not just for Mahienour and her comrades, or just against the protest law, we are here to bring attention to 41,000 people detained since the ousting of Mohamed Morsi.”

The sentence and arrests came just five days before Egypt held a presidential election. “We thought that Mahienour is untouchable, they have no limits. But the youth have been sending a message in return, yesterday in Alexandria and today in Cairo” Seif al-Dawa said, referring to protests that were held for the jailed activists in both cities.

During the protests, people in plainclothes, carrying banners of Abdel Fatah al-Sisi, attacked the demonstrators.

On 7 June, Mada Masr published Mahienour's first letter from jail in which she reported that most of her fellow prisoners were charged with economic crimes, mostly unfounded, and sentenced to lengthy terms.

The struggles of jailed revolutionaries pale in comparison to the struggles of her fellow prisoners, she wrote, “as we know that there are those who will remember us, say our names from time to time, proudly mentioning how they know us. Instead, these women, who deserve to be proudly remembered, will only be mentioned at most in family gatherings.”

Mahienour is best known for her positivity and fierce criticism of the politicians and government leaders who rule Egypt, but also her writings and capacity and capability to organise. A quote of hers has become a slogan for her supporters. It reads: “We don’t like prisons, but we don’t fear them.”