One of the individuals is a top forensic expert with the Saudi government, source tells MEE 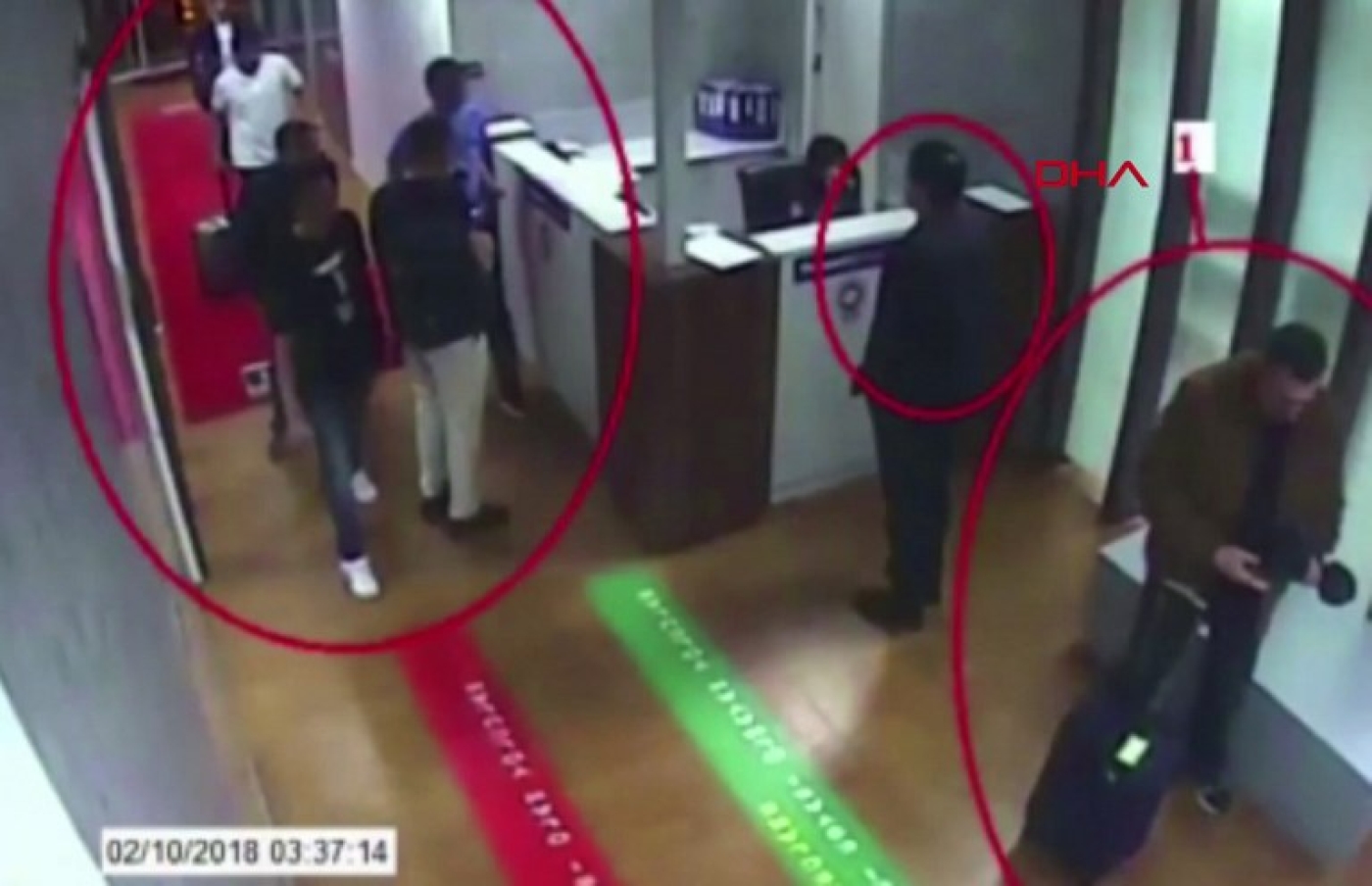 This video grab from CCTV footage obtained from Turkish news agency DHA shows a Saudi team suspected of involvement in Jamal Khashoggi's disappearance, at the airport in Istanbul on 2 October, 2018. (AFP)
By
MEE staff

In the most detailed Turkish account about the reported murder of Saudi journalist Jamal Khashoggi, pro-government newspapers released late on Tuesday the alleged names and photos of 15 Saudi nationals it said travelled to Istanbul the day Khashoggi disappeared.

A source close to the investigation told Middle East Eye that one of those 15 individuals is the head of the forensic department in Saudi general security.

Earlier on Tuesday, a source close to the investigation said 15 Saudis that visited the consulate on 2 October, the day Khashoggi disappeared, and later left the country on the same day, are all under suspicion.

Turks and civilians who visited the building on the same day are also all being treated as suspects, the source said.

Turkey's Sabah newspaper said the Saudi nationals arrived from Riyadh to Istanbul on two private jets with the tail numbers HZ-SK1 and HZ-SK2. According to the report, most of them stayed at the Wyndham Grand Hotel and Movenpick Hotel, which is close to the consulate.

On Wednesday, Turkish television broadcaster NTV released CCTV footage of some of the Saudis going from the airport to the Movenpick Hotel and on to the consulate.

According to the images, a vehicle that went inside the consulate then went to the consul-general's residence nearby after 12:00 GMT, two hours after Khashoggi had entered the mission, the AFP news agency reported.

"Saudi authorities said they were open to cooperation and that a search can be conducted at the consulate building," the ministry's spokesperson Hami Aksoy said in a statement, adding that the search will be conducted in "an intensive manner".

Hatice Cengiz, Khashoggi's fiancee, pleaded on Tuesday for US President Donald Trump to help uncover what happened to the Riyadh critic who she said had "been fighting for his principles".

UPDATE: Video footage and stills have emerged which show images that could be key to the disappearance of dissident Saudi journalist Jamal Khashoggi https://t.co/UtK1T9bOmV pic.twitter.com/y7PPeqpPPA

Several Turkish newspapers published the names and pictures of the Saudi suspects along with the time they arrived and left from the airport.

The source added that the police report states that the luggage of the Saudi individuals was inspected upon their departure and did not contain anything suspicious.

"The official described a quick and complex operation in which Mr Khashoggi was killed within two hours of his arrival at the consulate by a team of Saudi agents, who dismembered his body with a bone saw they brought for the purpose," the newspaper reported on Tuesday.

Turkish officials say they believe he was killed in the consulate, claims which Riyadh have dismissed as "baseless".

Saudi Arabia insists that he left less than an hour after arriving. But the kingdom has shown no evidence of his departure from the building. His fiancee Cengiz, who was waiting outside, first raised the alarm when he did not emerge from the building past its hours of operation.

The Washington Post released on Tuesday what appeared to be the last known photograph of Khashoggi, walking into the Saudi consulate.

The photo was given to the Post by someone close to the Turkish investigation and released by the US daily soon after Turkey’s President Recep Tayyip Erdogan challenged the Saudis to prove he left the consulate unharmed.

In an opinion piece for the Washington Post on Tuesday, Khashoggi's fiance wrote that she was "confident in the abilities of Turkish government officials".

"At this time, I implore President Trump and first lady Melania Trump to help shed light on Jamal's disappearance," she said.

Trump on Monday expressed concern about Khashoggi's case and Secretary of State Mike Pompeo called for a thorough investigation.

Cengiz wrote she remained confident that the "great man" is still alive, "although my hope slowly fades away each passing day".

On Tuesday, Washington Post publisher Fred Ryan released a statement calling for more information on Khashoggi's whereabouts. He said: "Silence, delays and denials are not acceptable."

The consulate had instructed its 28 Turkish employees to take the day off on 2 October, Turkish daily newspaper Hurriyet first reported on Monday night.

Turkish security sources confirmed the newspaper's report to MEE and added that "there were intensive moves in and out of the consulate" last Tuesday.

"The reason given to the Turkish employees to take the day off was there was an important diplomatic meeting," a Turkish source told MEE. 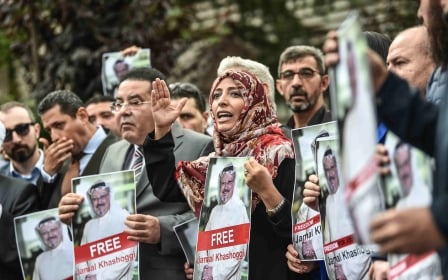