In letter to Secretary of State Antony Blinken, 25 Democratic lawmakers call for 'pressure' against Israeli actions in Jerusalem 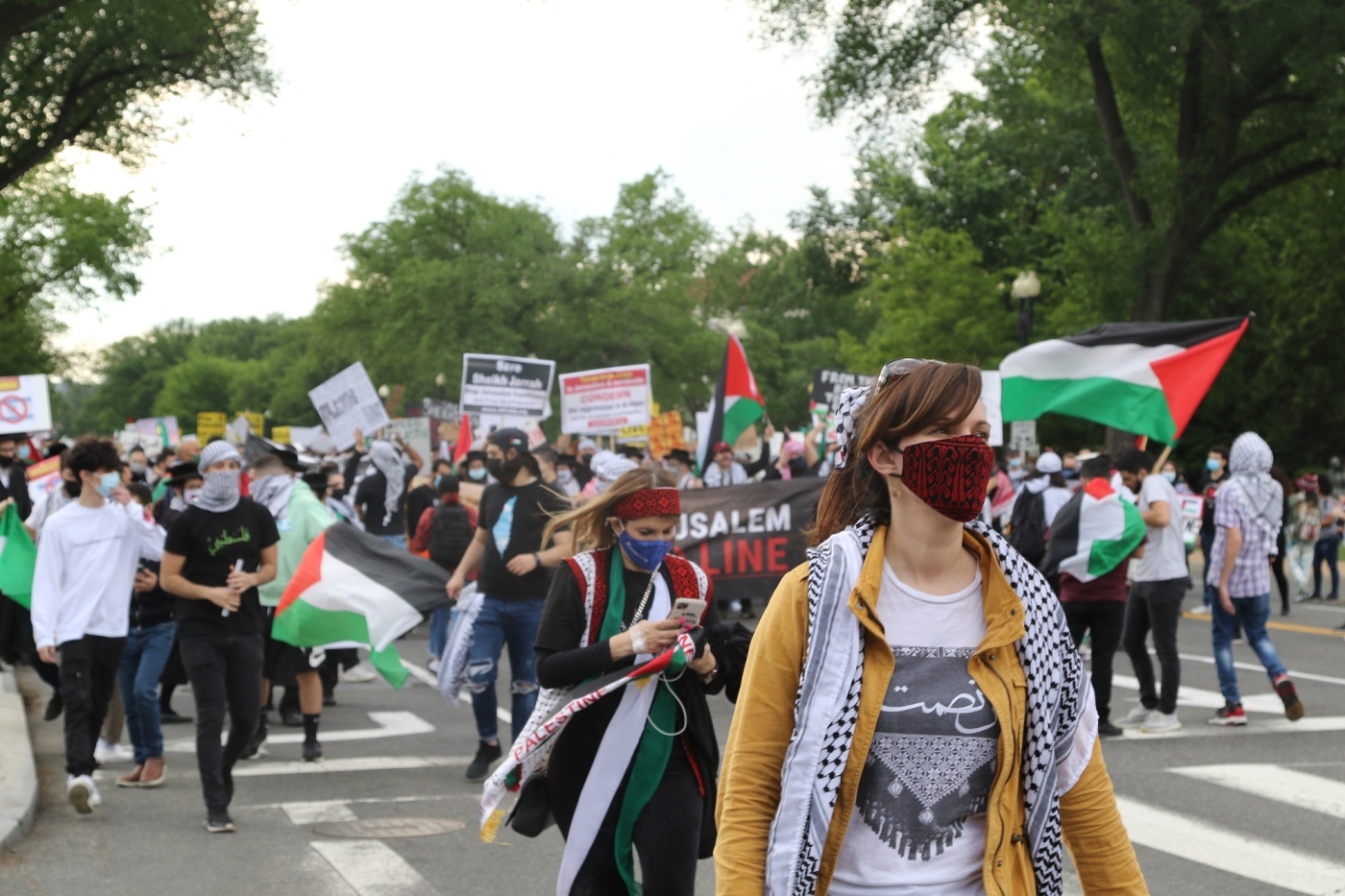 Palestine solidarity protesters near the US State Department in Washington, 11 May (Umar Farooq/MEE)
By
Ali Harb
in
Washington

More than two dozen Democratic members of Congress have urged the administration of US President Joe Biden to prevent the displacement of Palestinians in East Jerusalem by exerting "diplomatic pressure" on Israel.

The letter, addressed to Secretary of State Antony Blinken and sent on Wednesday, denounces Israel's plan to displace Palestinians in the Jerusalem neighbourhoods of al-Bustan and Sheikh Jarrah.

It was led by Marie Newman, a congresswoman who unseated a staunchly pro-Israel centrist Democrat in Chicago last year. 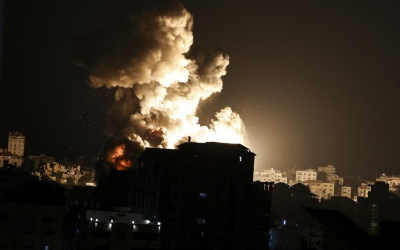 Israel-Palestine: US sends diplomat to push for 'de-escalation'
Read More »

Signatories called on Israel to adhere to its responsibilities as the occupying power under international law, which prohibits the destruction of property of the occupied population, and the transfer of civilians into occupied territory.

Prominent progressives, such as Alexandria Ocasio-Cortez, Pramila Jayapal, Ayanna Pressley and Mark Pocan signed the letter, as well as lawmakers who are often outspoken about the plight of Palestinians, including Betty McCollum, Ilhan Omar and Rashida Tlaib.

But the 25 signatories also included mainstream Democrats such as Judy Chu, Veronica Escobar and Gerry Connolly, who are not known for criticising Israel.

The letter urges the administration to send "the strongest possible diplomatic message to Israel", warning it against proceeding with the eviction and demolition campaign in Jerusalem.

It also calls for a public condemnation of Israeli efforts and a review ensuring that US aid is not being used to contribute to these abuses.

'This is a Jewish country'

The Biden administration has expressed "concern" about the push to displace Palestinian families in Jerusalem - without condemning or explicitly calling on Israel to stop.

In a call on Thursday, the US president told his Israeli counterpart, Prime Minister Benjamin Netanyahu, that Israel has a "right to defend itself".

Palestinian rights activists say the evictions are part of an ongoing ethnic cleansing campaign in East Jerusalem - a characterisation confirmed by some Israeli officials who say that laws in Israel, which calls itself the only Jewish state, should favour Jews over Palestinians.

"There's only one. And of course there are laws that some people may consider as favouring Jews - it's a Jewish state. It is here to protect the Jewish people."

The Israeli foreign ministry, however, has framed the displacement campaign as a private property dispute. Israeli settlers want to acquire Palestinian families' homes in Sheikh Jarrah based on Ottoman-era claims of ownership.

Palestinian refugees, many of whom still have deeds and keys to homes they fled in 1948, cannot make the same claims based on documents that pre-date the establishment of the state of Israel.

"The plans to demolish Palestinian homes in al-Bustan and to evict Palestinians from their homes in Sheikh Jarrah are not only in clear violation of the Fourth Geneva Convention and international law, but they also violate basic human rights," Newman said in a statement accompanying the letter on Wednesday.

"Palestinian families have every right to live safely in their homes. That's why I've led my colleagues in a letter calling on the State Department to immediately condemn these heinous actions by the Israeli government against Palestinian families in East Jerusalem. America must defend human rights everywhere."

The letter came as violence rages across Israel and the occupied Palestinian territories, with Israeli air strikes killing dozens in Gaza and Hamas firing rockets towards Israel, which have killed five people so far.

The crisis, which risks developing into an all-out war, was sparked by the displacement campaign in Jerusalem, where tensions continue with now-frequent Israeli raids on al-Aqsa mosque.

Several US officials - and now Biden himself - have expressed support for what they call "Israel's right to defend itself" and denounced Hamas without condemning or criticising Israeli attacks on civilian infrastructure, including residential towers, in Gaza.

Congresswoman Debbie Dingell, a Michigan Democrat who signed Newman's letter, has called on the Biden administration to brief Congress on its plans to de-escalate the situation.

"These aggressive tactics across the region, provoked further by a raid on peaceful protesters at the al-Aqsa Mosque and continued efforts to force Palestinians from their homes in Sheikh Jarrah, are immoral human rights violations and further drive a wedge into efforts for long-term peace," Dingell said in a statement on Wednesday.