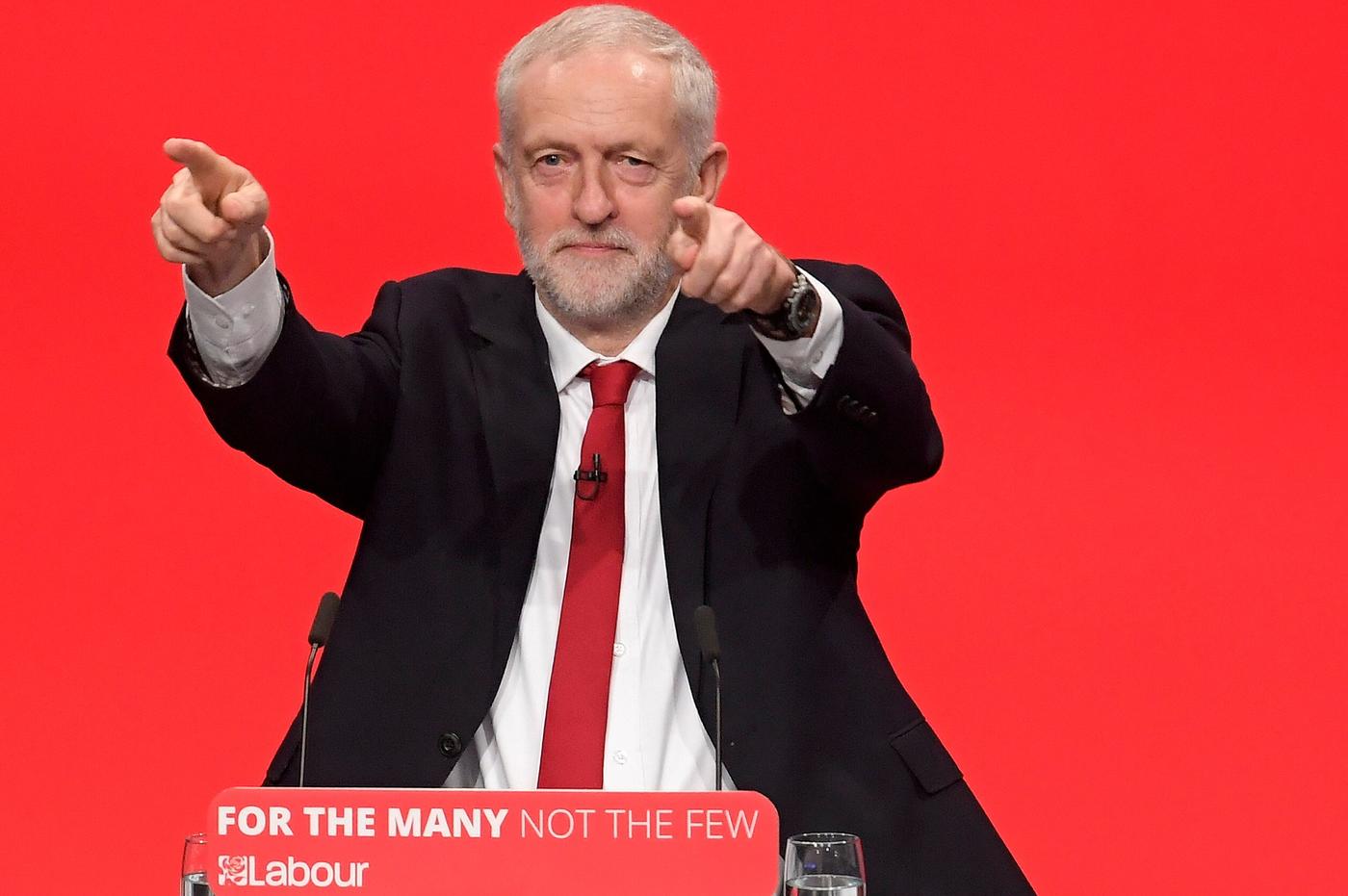 LONDON - Jeremy Corbyn has been accused of acting as a figurehead for anti-Semitism and leading a party that has no safe space for Jews, in a dramatic escalation of a political row that threatens to divide the Labour Party.

Speaking before a planned demonstration by Jewish groups on Monday evening, Jonathan Goldstein, chair of the Jewish Leadership Council, said that Corbyn's apology for "pockets of anti-Semitism" was not enough and accused the Labour leader of siding with anti-Semites.

He told BBC Radio 4's Today programme: "This is the first time in my lifetime the Jewish community has felt the need to take to the streets to campaign against the leader of a major political party.

"Rightly or wrongly, Jeremy Corbyn is now the figurehead for an anti-Semitic political culture based upon obsessive hatred of Israel, conspiracy theories and fake news, and that is doing great harm, not just to the Labour Party, but to Britain in a wider sense."

He added: "The time for words is over and the time for action is now important. The reality is there are no safe spaces online or in meetings for Jewish people within the Labour party."

Goldstein's comments came amid an escalating row over the level of anti-Semitism in the Labour Party and after Corbyn was forced to apologise for the "pain" caused by "pockets of anti-Semitism" within the party.

His apology came after he was forced to explain a comment he made on social media in 2012, which appeared under an image of an allegedly anti-Semitic mural in east London.

The mural depicted businessmen, some of which the artist said were Jewish, counting money on a board game that is balanced on the backs of naked hunched-over men.

On Friday Corbyn initially said he regretted not looking more closely at the image, which he called "deeply disturbing" and expressed "sincere regret", but on Sunday night he was forced to go further and issue a broader statement condemning anti-Semitism and acknowledging its existence in the Labour Party.

He said: "Labour is an anti-racist party and I utterly condemn anti-Semitism, which is why as leader of the Labour Party I want to be clear that I will not tolerate any form of anti-Semitism that exists in and around our movement.

"We must stamp this out from our party and movement. We recognise that anti-Semitism has occurred in pockets within the Labour Party, causing pain and hurt to our Jewish community in the Labour Party and the rest of the country. I am sincerely sorry for the pain which has been caused," he said.

Corbyn's statement came as Jewish groups said "enough is enough" in a strongly worded letter to the Labour leader and called for a demonstration outside parliament on Monday evening, as Labour MPs are due to hold their weekly meeting.

NEW: Full text of statement from @BoardofDeputies and Jewish Leadership Council accusing Jeremy Corbyn of siding with antisemites over Jewish people and stating “enough is enough”. Tonight Corbyn said sorry for antisemitism in the party but they are standing by statement. pic.twitter.com/3ctHMvPTsV

However, many of Corbyn's supporters believe that claims of anti-Semitism are "ridiculous and absurd", given the leader's anti-racism record, and that those making the accusations are using it to attack him.

'I don't agree there are pockets of anti-Semitism'

Some Corbyn supporters told Middle East Eye that they disagreed with their party leader over his acknowledgement of anti-Semitism within the party, and said he was being attacked by right-wing Labour members and Jewish groups who opposed his support for Palestinian rights.

Avi Shlaim, a professor of international relations and member of Jewish Voice for Labour, which was founded in 2017 to support Palestinian rights, told MEE: "I don't agree with Jeremy Corbyn about pockets of anti-Semitism in the Labour Party. I think anti-Semitism is much less of a problem on the British left than the British right.

Shlaim added that the media storm is an "attempt to discredit Jeremy Corbyn and the progressive politics he represents" and that Corbyn's opponents are attempting to prove "guilt by association".

He said: "They say he has met with anti-Semites and that he shares platforms [with] anti-Semites. This is neither here nor there. Sharing a platform doesn't mean he agrees with them."

Solidarity. Appalling it has come to this. Antisemitism is vile, corrosive & shames us all. Was asked about this on @Channel4News yesterday & said Jeremy shd now invite @BoardofDeputies in from demonstration & listen to what must be done to tackle all antisemitism & rebuild trust https://t.co/9OfX9fh5sL

Naomi Wimborne-Idrissi, a member of the Free Speech on Israel campaign group, also risked adding fuel to the row on Monday, describing the row as an attempt by Jewish organisations to discredit the Labour leader.

She told radio station LBC: "Are you seriously expecting your listeners to believe this wave of hysteria implying that in the Labour Party there are significant numbers of people who hate Jews, who set out to distress Jews, who ferment incitement against Jews? That is not true. It's a lie. It's always been a lie right from the beginning."

Jewish Voice for Labour is planning to hold a counter-protest on Monday evening against what it calls "cynical selective outrage", it was reported on Monday morning.

Wimborne-Idrissi also accused Labour MP Yvette Cooper of "stabbing him [Corbyn] in the back".

A party in crisis?

But Labour MP Louise Ellman, former chair of the Jewish Labour Movement, said the party is in crisis. "Jeremy Corbyn has failed to take the correct action… it's taken us to get to this crisis situation where you can hear the voices of the Jewish community in absolute fury and great distress… Jeremy has failed to act… we're in a very bad place," she said.

In 2016 an inquiry into anti-Semitism in the Labour party, led by Shami Chakrabarti, said the party was not overrun by racism but there was "too much clear evidence... of ignorant attitudes".

Labour MP John Mann called on Corbyn to "explain his actions", and significantly refused to say whether he thought his party leader was anti-Semitic when challenged on the BBC's Victoria Derbyshire show on Monday morning.

"I don't know if he's anti-Semitic… but what I do know is that he has failed to take action on removing anti-Semites from the Labour Party."

Dr. Moshe Kantor, president of the European Jewish Congress, told MEE: "It has been abundantly clear for too long that the Labour leadership under Jeremy Corbyn has at best a massive blind spot when it comes to anti-Semitism, and at worst openly encourages hatred and double-standards against Jews. Enough apologies, enough insipid justifications, enough excuses."