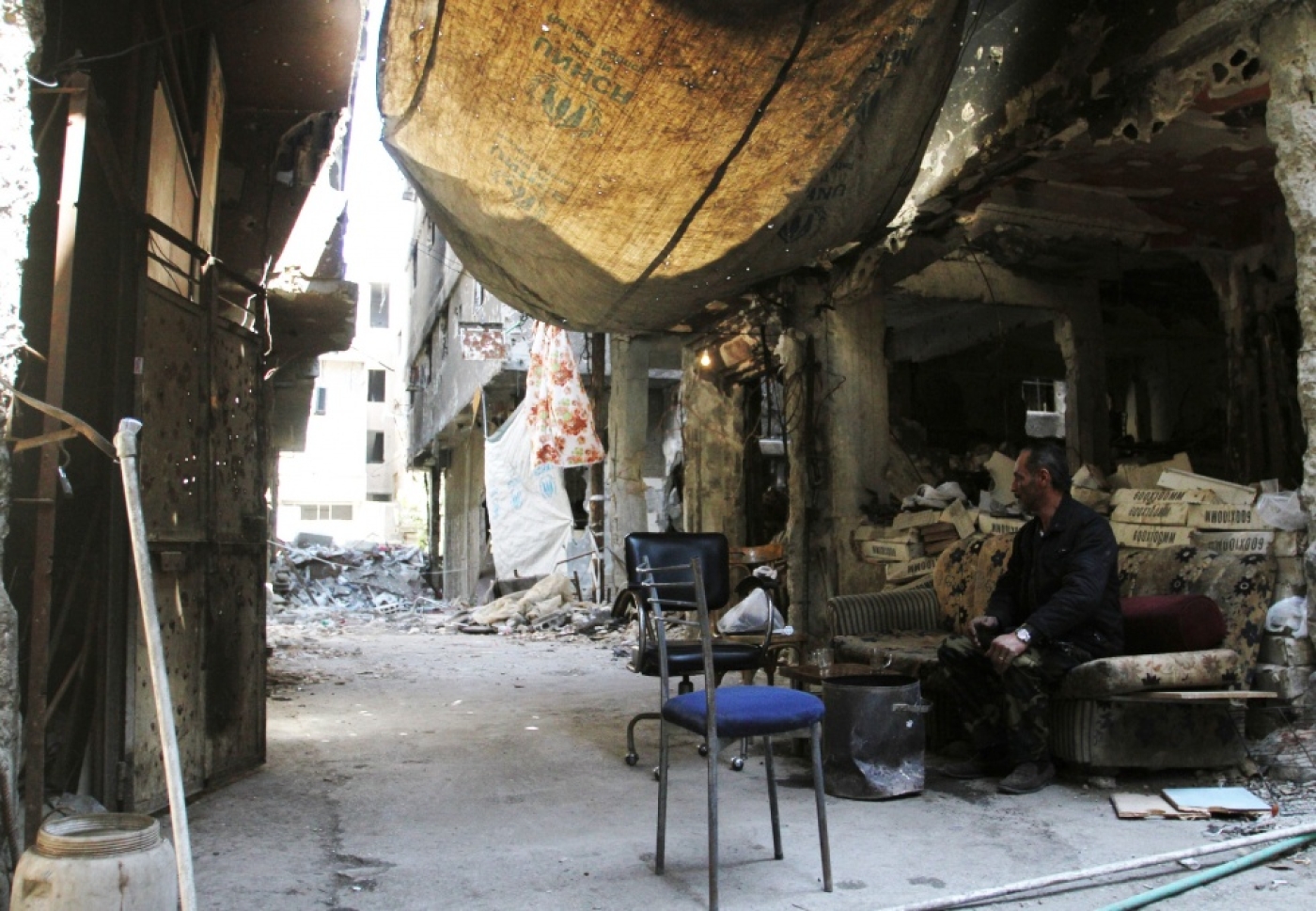 Palestinian factions are to join forces with the Syrian army under President Bashar al-Assad to fight off the Islamic State (IS) group’s advance into a Palestinian refugee camp.

Fourteen Palestinian factions said on Thursday that they will back a joint military operation with the Syrian government to expel the IS fighters, who began attacking Yarmouk Camp last week.

The groups support "a security solution that will be carried out in partnership with the Syrian state and will have as its priority maintaining the security of citizens," Palestine Liberation Organisation official Ahmed Majdalani said.

Fierce fighting between Palestinian fighters and IS militants broke out on 1 April in Yarmouk, a Palestinian refugee camp built in the 1950s to house up to 150,000 people.

Since then, street battles and aerial raids have further devastated the camp, which has been under siege by forces loyal to President Assad for more than two years.

The announcement of the joint Palestinian-Syrian initiative came after reports that the only functioning hospital inside Yarmouk Camp for Palestinian refugees was bombed on Wednesday night by Assad’s forces.

Palestine Hospital, run by the Palestine Red Crescent Society (PRCS), is the only working hospital in the camp, which is located in a suburb of Syrian capital Damascus.

Barrel bombs were dropped on the hospital late on Wednesday night, Yarmouk-based activists with the Palestinian Network of Civil Society in Syria [SHAML] said on Thursday morning.

“The emergency department is badly damaged, but we still do not know the extent of the destruction,” said Salim Salamah, the head of the Palestinian League for Human Rights - Syria, quoting sources from inside the camp.

Assad on Wednesday offered to help the Palestinians inside the camp to repel the IS advance, which last week was said to have overrun some 90 percent of the territory.

However, although the fiercest clashes between Palestinian groups and IS militants have subsided, reports of airstrikes on the camp by Assad’s forces have continued.

Government forces have dropped over 30 barrel bombs on the camp since 4 April according to Kareem Shaheen, a writer for the UK daily The Guardian who is based in Lebanon.

Barrel bombs, a cheap weapon made from a barrel filled with high explosives and dropped from a helicopter or plane, are illegal under international law because of their poor accuracy and capacity to wound and kill indiscriminately.

At least 18 civilians have been killed inside the camp since IS began its attack last week, according to a statement from Amnesty International on Wednesday.

A 12-year-old child was among the dead, according to local activists who spoke to the group.

The victims were killed as a result of sniper fire and air raids, the statement said.

There were earlier reports that up to 2,500 civilians from the camp had been allowed to escape from Yarmouk into Damascus, according to figures quoted by the PLO.

However, locals said on Thursday that only 180 people had managed to pass through the blockade into the Syrian capital, a stronghold of support for President Assad.

The fighting on the ground inside the camp has until now mainly been between IS and fighters from Aknaf Beit al-Maqdis [Patrons of Jerusalem].

Members of the Palestinian group appeared in a video aired on Gazan news channel al-Quds on Wednesday night.

The video shows a small group of men, some of them wearing balaclavas but others with their faces uncovered, standing in a residential street armed with assault rifles.

One of the group’s leaders, Abu Hammam Nidhal, a middle-aged man with a greying beard dressed in a camouflage coat, speaks to the camera. Syria War
IS repelled from parts of Syria's Yarmouk: PLO