Jordan appointed a new ambassador to Qatar on Tuesday, a step toward restoring normal relations two years after it withdrew its ambassador in line with Gulf Arab allies who severed ties with Doha.

Amman downgraded its diplomatic representation in June 2017, days after Saudi Arabia, the United Arab Emirates, Egypt and Bahrain severed all ties with Qatar, accusing it of supporting terrorism - a claim Doha has denied.

Zeid al-Lawzi, a senior career diplomat and secretary general of Jordan's foreign ministry, was named as the new envoy, a royal decree said. 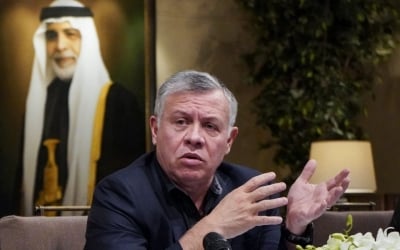 Qatar last summer extended a $500m aid package to Jordan only days after its Gulf adversaries pledged $2.5bn to help Jordan overcome an economic crisis after a wave of anti-government protests.

Doha has in recent months opened more jobs for Jordanians as part of the aid package, which includes project finance and job-generating investments.

The package was seen as part of Qatar's soft power diplomacy in the region in a bid to woo Jordan away from its Gulf rivals.

Jordan's foreign policy has had to tread a difficult path between competing regional powers.

Jordanian officials have privately expressed dismay that aid extended by Saudi Arabia, among its main donors, had in recent years fallen short of the levels it once delivered to the cash-strapped Jordanian economy.