Jordan to open copper mine in country's largest nature reserve 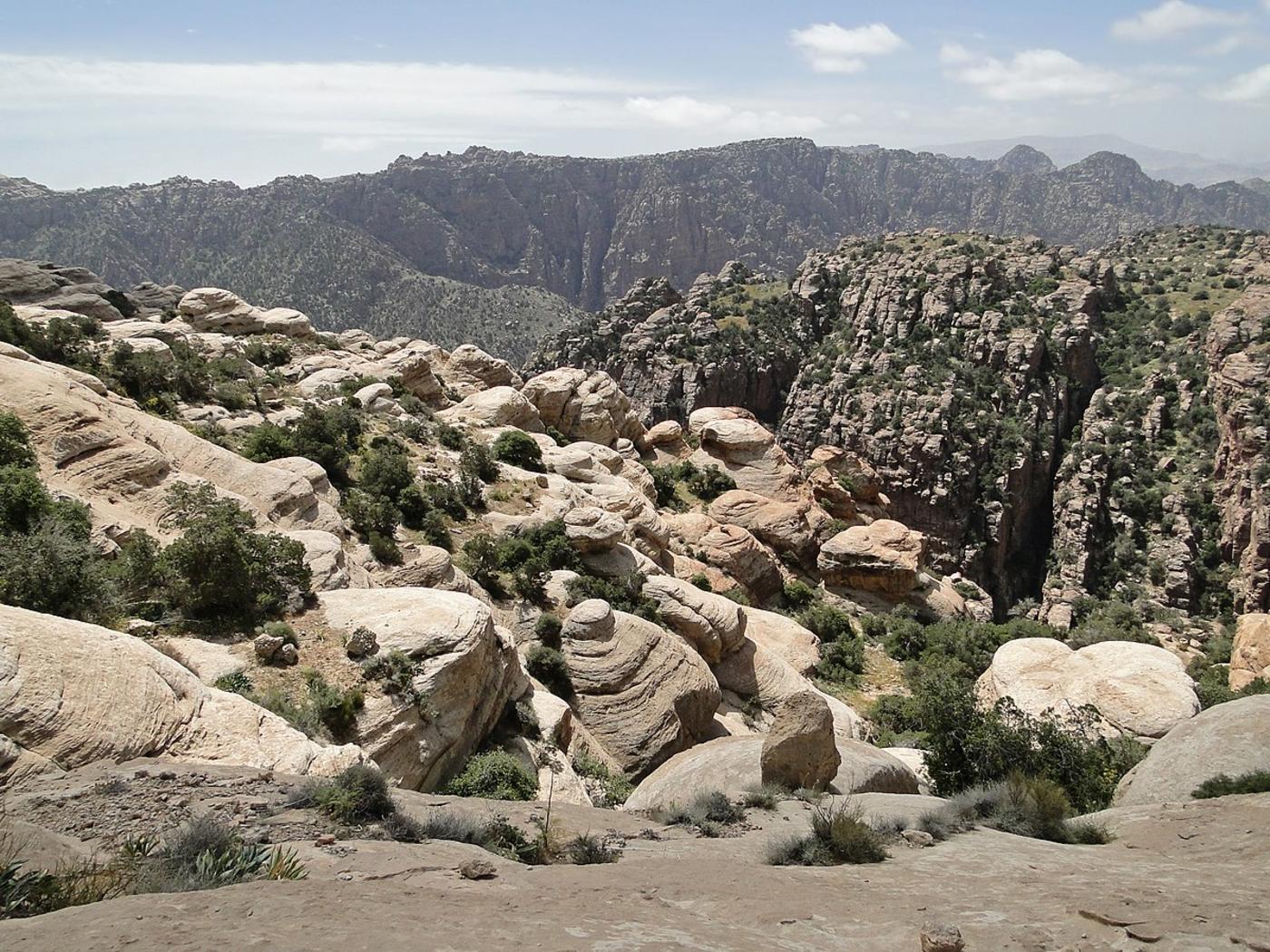 The Dana Biosphere Reserve, in south-central Jordan, was included in Time's 2021 list of the world's 100 greatest places (Wikimedia/Bernard Gagnon)
By
Rayhan Uddin

The Jordanian government has decided to redraw the boundaries of the country’s largest nature reserve to begin mining for copper.

The cabinet announced on Monday that it had commissioned the environment ministry to redraw the Dana Biosphere Reserve, a nearly-300 kilometre site in southern-central Jordan, to explore copper and magnesium ore deposits.

The reserve, which is the largest in the country, is on the list of landmarks under consideration for Unesco World Heritage site status.

Despite outcry at the plan, the Ministry of Energy and Mineral Resources doubled down on the decision on Thursday, claiming there is an estimated 45 million tonnes of copper deposits in the reserve, a figure some have questioned.

Jordan’s Natural Resource Authority has conducted exploration projects at the site since 1966, according to the ministry, pre-dating its nomination as a nature reserve in 1989.

The ministry added that it was keen to press ahead with “promising and job-generating” investments in the area, which it said would amount to roughly 200m Jordanian dinar ($280m), creating 1,000 direct jobs and 2,500 indirect jobs.

The plans have been strongly condemned in Jordan.

The reserve is run by the Royal Society for the Conservation of Nature (RSCN), which said in a statement that it opposed any redrawing of the boundaries, and would take “all legal and escalatory measures under Jordanian law” to protect the country’s nature reserves.

The organisation’s president, Khalid Al-Irani, described the announcement as a “black day” for the country.

In 2016, the cabinet allowed for mining in specific spots of the Dana reserve, signing a memorandum of understanding with a mining company.

According to the energy ministry statement on Thursday, the RSCN refused the company access to the sites, preventing it from exploration activities or studying the environmental impact of the mining.

As President of @IcomosJordan I am sharing our position regarding the decision by the Government of #Jordan to modify the boundaries of the Dana Biosphere Reserve to enable future mining @RSCNJordan @PrimeMinistry @MOTA_Jordan @Jor_antiquities pic.twitter.com/RBTkHzS8CH

The move has also been rejected by Jordan’s International Council on Monuments and Sites (ICOMOS).

It said that the government’s unilateral decision to open the Dana reserve to “intrusive and destructive mining investments is short-sighted, ill-advised and sets a dangerous precedent”.

“The area that was suggested for copper mining has more than 300 archaeological features and sites that will be completely erased,” Mohammad Najjar, spokesperson for ICOMOS, told Middle East Eye.

“The indirect negative effects as a result of open mining activities will definitely cause huge dust pollution that will impact the flora and the fauna, the water resources and for sure the local inhabitants.”

“Our plan is to use every legal mean to reverse the government’s decision,” he added.

The move was criticised on social media, too. The hashtag “Protect Dana” has trended on Jordanian social media for several days.

“Countries around the world are fighting wildfires to protect their forests and woodlands,” wrote Jordanian academic Yasmein Okour. “In the meantime, Jordan decides to parcel out its biggest nature reserve for mining operations. Protect our reserves at all costs!!”

After years and years of protecting the natural organisms, habitats and species in the Dana Biosphere Reserve, we can not accept this in any capacity whatsoever. #انقذوا_ضانا

Last month, the Dana reserve was included in Time's 2021 list of the world's 100 greatest places.

The reserve is home to nearly 700 types of plants, and 449 animals. At least 25 of these animals are endangered, including the Nubian ibex, Syrian serin and the lesser kestrel.

The area is also renowned for its rock and soil formations, and is home to over 100 archaeological sites. Human settlements in the site date as far back as 6,000 years ago.

“At a time when the countries of the world are scrambling to protect their natural heritage and fight climate change ahead of the Glasgow Climate Summit, we see the pearl of our reserves, Dana, facing an unjust decision that threatens its safety,” said one Twitter user.

After years of serving @MoENVJo through several development agencies I am finding it difficult to justify its position towards the #DanaReserve.

This approach will probably have a significant impact especially as the international community prepares for #COP26!#انقذوا_ضانا

“From the local community to Jordanians across the country and in the diaspora across the world are united: all are saying "NEVER" to government plans to mine the nature reserve of Dana,” wrote Amman-based journalist Taylor Luck.

“Will the government, for once, listen?”