Teachers' union remains shut down after campaign for higher pay, even as schools prepare to reopen 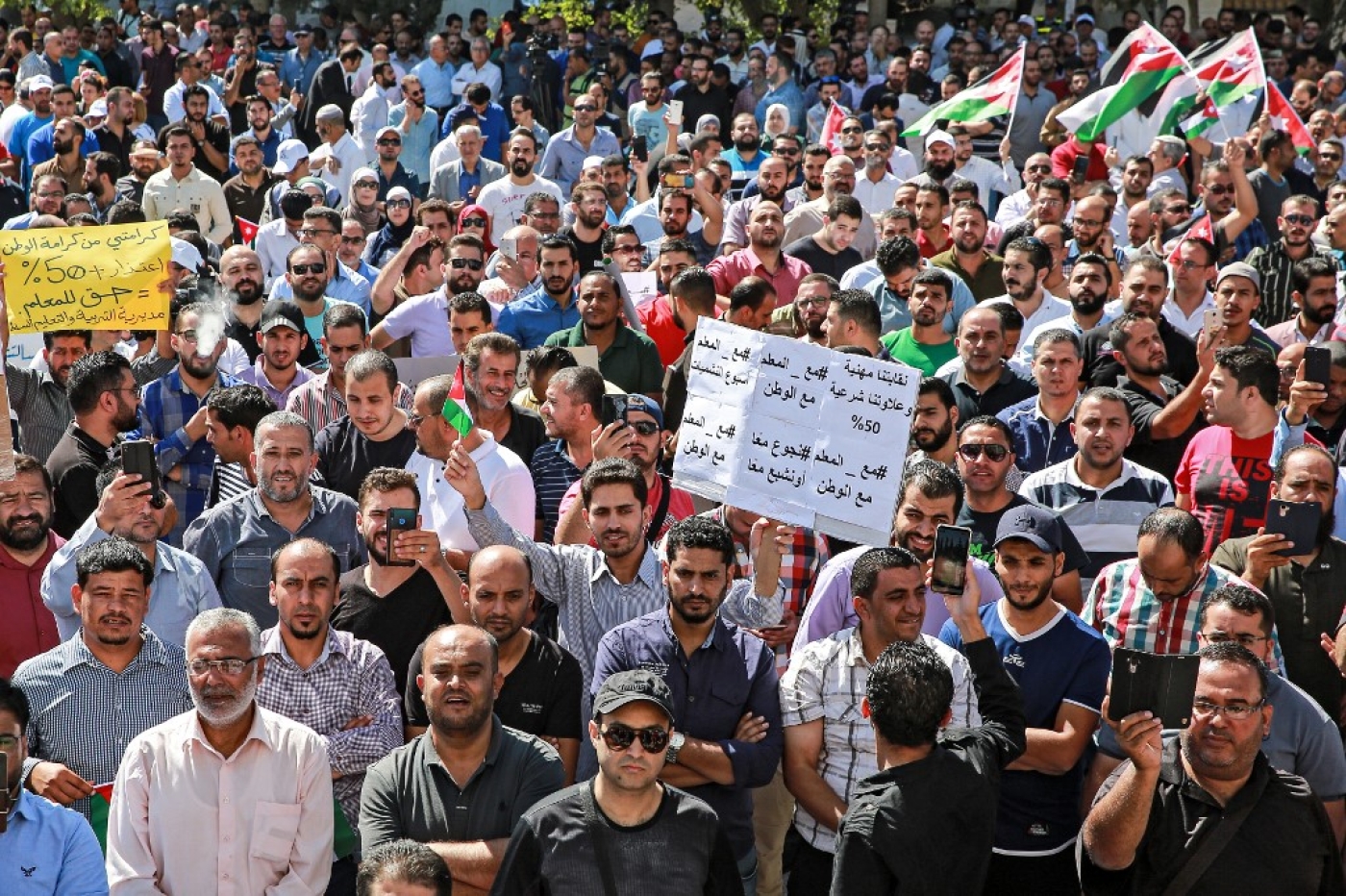 A Jordanian judge ordered on Sunday the release of 13 teachers' union leaders, whose arrests a month earlier set off protests by teachers in the country.

The union had been leading a campaign for higher pay in the indebted kingdom, whose economy is reeling from the coronavirus pandemic.

Human Rights Watch (HRW) last week accused Jordanian authorities of harassing and arresting anyone trying to report on the arrests and protests.

Teachers' Association lawyer Bassam Freihat confirmed the release of the entire elected board, including acting head of the union Nasser Nawasreh, as they had completed a one-month detention period without the bail allowed by the judicial system.

"The court also decided to release a number of teachers who had been arrested during demonstrations" before and after the arrest of the union leaders, Freihat said.

Neither the judicial source nor the lawyer were able to give further details or say whether the 13 would face further legal action.

However, the union remains closed even as Jordan's schools are due to reopen on 1 September, and teachers returned to state-run schools on Sunday to prepare for the new term.

In July, the state prosecutor Hassan Abdallat ordered a two-year closure of the union's headquarters, its branches and offices nationwide and the arrest of the 13-member union council.

They were accused of unspecified "financial violations" and questioned on criminal and corruption charges, state media reported at the time.

On Tuesday, HRW said the gagging order banning the media from covering the case was the "latest in a series of restrictions on press freedoms".

At least two journalists were arrested for covering union protests and two others beaten, the watchdog said. 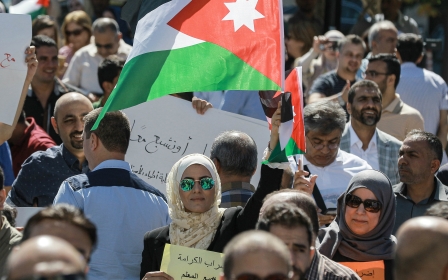