In contrast to Egyptian media reports, Al-Rawajbah's friend says he was in Cairo for a filmmaking workshop (YouTube)
By
MEE staff

A friend of a Jordanian man arrested in Egypt following protests against President Abdel Fattah el-Sisi says he was forced to confess on television in what he called “a farce”.

Egyptian state-run media reported earlier this week that Abdelrahman Ali al-Rawajbah, 24, was arrested in Tahrir Square on Friday along with his friend, Thaer Essam Fahmy, a 24-year-old Jordanian.

The two friends, Egypt Today reported, are both members of the Jordanian Communist Party who had come to Egypt earlier in the month in order to participate in the protests.

On Tuesday, Egyptian TV presenter Amr Adib broadcast alleged confessions of Rawajbah and Fahmy, along with others from Palestine, the Netherlands and Turkey, along with photos of their passports.

It is clear from the clips that the confessions are being read from scripts and are not spontaneous.

"What I am showing you now is only to give you an idea of what is happening on the ground, to appreciate what your country is going through, based on what I am authorised to share,” Adib told viewers.

“And those are the ones who got arrested. Imagine those still on the loose."

But on Wednesday, a friend of Rawajbah’s publicly denounced his portrayal in the Egyptian media.

Basel Ramsis, a film director, said in a Facebook post that Rawajbah was detained on Monday in a dawn house raid and must have been forced into a confession.

"I know this young man very well. We have a bond similar to a father-son relationship given the age difference. I am probably the last one Abdelrahman chatted to before his arrest," Ramsis said.

In contrast to state media reports, Ramsis said his friend, unable to afford courses in Europe, had come to Egypt to study film-making in two workshops since December held in Cairo that Ramsis himself taught.

"They're the type of workshops in which we live together, and I am certain that the show put together by [state] apparatuses and Amr Adib is all a farce, at least with regards to Abdelrahman," Ramsis wrote.

Ramsis also said that his student is not a member of Jordan's communist party, nor is he engaged in any political movement including the Muslim Brotherhood which is now outlawed in Egypt.

"All that was said on the show is a template which non-Egyptian suspects are made to say. Only god knows what Abdelrahman endured to be forced to sit in front of a camera and say this," Ramsis wrote.

Before his arrest, Ramsis said a terrified Abdelrahman contacted him to say that he had been stopped and frisked in downtown Cairo for 15 minutes before he was let go.

He later contacted Ramsis again to inform him that his friend, Thaer, had been arrested.

"He was worried about his friend, and didn't know what to do," Ramsis wrote. Abdelrahman tried to reach the Jordanian embassy's emergency contacts on Sunday night, but wasn't able to get through so Ramsis advised him to sleep and then head to the embassy in the morning. Then he was arrested. Egypt protests: Who is demonstrating and who is being arrested?
Read More »

"What is happening is a comprehensive destruction of innocent people, and the damaging of their future, in order for the state to put on a filthy and measly act of spies and foreign actors. It's the same old game," he wrote.

"They didn't even bother to edit the script which they're forcing them to say in front of the cameras."

Nearly 2,000 people have been arrested following the protests over the weekend, the vast majority of whom are young Egyptians aged 18 to 24.

Egyptian authorities are also holding a 27-year-old Turkish student who was picked up in Tahrir Square last Friday during the protests.

The father of Berdan Turkmen told MEE that his son was in Egypt for a month-long internship and disappeared after he left his hotel to attend a dinner with friends. 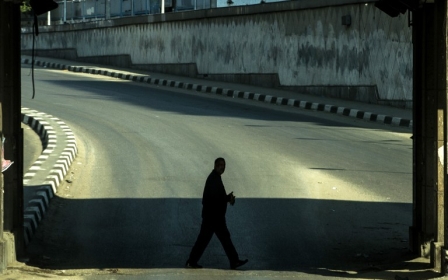 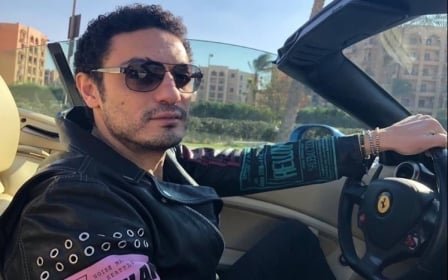 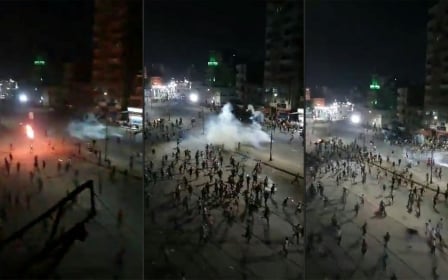