Jordanians protest against the Jordan-Israel gas deal holding a placard that reads: "The gas of the enemy is an occupation" (Reuters)
By
MEE staff

More than a thousand people protested in the Jordanian capital Amman on Friday against a recent government agreement to import natural gas from Israel, local media reported.

This is the third consecutive week protests have taken place against the controversial deal, which was signed on 26 September.

This Friday's demonstration departed from the Grand Husseini Mosque in central Amman after Friday prayers.

Chants included “Oh great Jordanian people, the enemy’s (Israel) gas is imperialism,” and “from the south to the north, the gas of the enemy is occupation.”

Video of the protests in Amman

The government has defended its decision by saying it will cut the state’s energy bill and diversify their sources of gas supplies.

A US-led consortium leading the development of Israel's offshore gas reserves announced the deal to sell natural gas from its Leviathan field to Jordan.

US firm Noble Energy, the lead partner, said the contract with the National Electric Power Company of Jordan (NEPCO) was for 8.5 million cubic metres per day over a 15-year term.

The protests are being called by the "National Campaign to Overturn the Gas Deal with the Zionist Entity", a broad coalition of civil society groups, activists, lawyers and political groups. 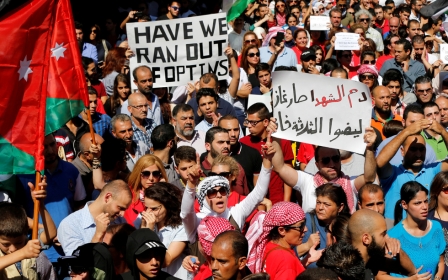 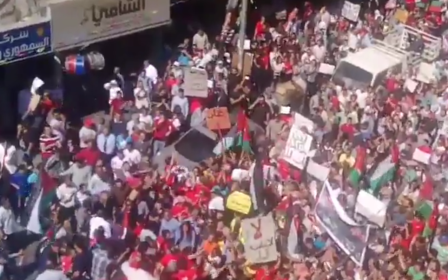 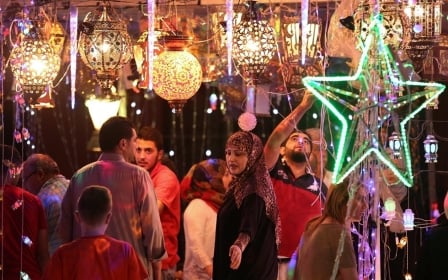