Jordanian Interior Minister Hussein Majali resigned on Sunday following criticism of a heavy-handed police crackdown in the southern tribal city of Maan, the scene of frequent unrest, the government said.

Majali, a former police chief who had headed the ministry since 2013, tendered his resignation to King Abdullah II who accepted it, a statement from Prime Minister Abdullah Nsur said.

It said Majali quit over a "failure by security agencies to coordinate between them on issues concerning the security of citizens... and the failure to address these issues to the required level".

Gunshots were fired in Maan in celebration at the news of the dismissal of Majali, where Bedouin resentment at government policies has often tipped over into violent protest in recent years.

A Jordanian official told AFP that police chief Tawfik al-Tawabla and the head of the gendarmerie, Ahmed al-Swelmin, were also sent into early retirement.

Last week security forces moved in to quell unrest in Maan, where residents accused them of an "excessive use of force" in a bid to arrest two wanted men.

The impoverished city of Maan has a bloody and rebellious past dating back to the Arab revolt against the Ottoman Empire during World War I.

Last June, police fired tear gas to disperse angry protesters in Maan after police killed a suspect in a shootout in the southern city.

And in April 2014, a 20-year-old man was killed outside his home in clashes with security forces after gunmen opened fire on police guarding a courthouse.

Majali had also been criticised for threatening to undermine a peaceful, but unlicensed rally planned by the Muslim Brotherhood, Jordan's largest opposition party. The Brotherhood party eventually cancelled the event to avoid any clash.

Jordan has been the site of increasing instability due to an influx of refugees in Syria following the country's civil war.

Over 600,000 Syrians are based in the country putting a severe strain on services and increasing local tensions. 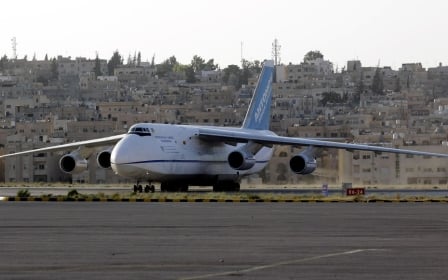