Controversial right-wing commentator Katie Hopkins has been forced to apologise to London's Finsbury Park Mosque after falsely linking it to an attack against police.

The north London mosque had brought a legal case against Hopkins after she tweeted footage of five men attacking police officers in the capital and implied they were linked to the Muslim place of worship.

In an apology posted to her Instagram page on Monday, Hopkins acknowledged she had been wrong to link the mosque to the incident. The attack had actually taken place two roads away.

"It could be inferred from my tweet that the aggressors in the altercation with the Metropolitan police were members of the Finsbury Park mosque," she said. "I offer my sincere apologies to the Mosque for this incorrect inference and the offence or hurt caused by it."

She also posted her apology on Parler - a networking site associated with the far-right - following her permanant suspension from Twitter in June.

The mosque welcomed Hopkins' apology and said in a statement that it was "stunned" by her accusation.

"At a time of deep division within our society and the prominence of hate, suspicion and fear due to an array of reasons, Finsbury Park Mosque wishes to remind everyone of our personal and collective responsibility to not only speaking truth, but doing all we can to bridge those divides and bring our communities closer," it wrote.

Hopkins, a former reality TV star, has regularly been accused of Islamophobia and peddling racist views.

A piece in the Sun newspaper in 2015 which denounced migrants as "cockroaches", prompted a condemnation by the UN human rights chief.

And later that year, the Mail Online, the website of the Daily Mail newspaper, was forced to apologise and pay £150,000 in damages after Hopkins falsely suggested members of a British Muslim family who were prevented from flying to Disneyland were linked to al-Qaeda. 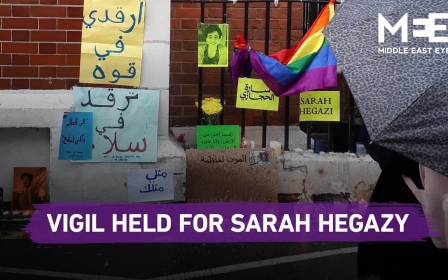