A leading human rights group is calling on the US Congress to question Egypt's intelligence chief this week over reports that a Saudi plane was permitted to stop in Cairo to pick up the illicit drugs that were used in the killing of journalist Jamal Khashoggi.

Democracy for the Arab World Now (DAWN), a group Khashoggi founded in the last year of his life, is asking Congress to take advantage of Abbas Kamel's trip to Washington this week by calling him in for questioning.

Yahoo News reported last week that the Gulfstream jet carrying the Saudi "Tiger Squad" of assassins made a middle-of-the-night stopover in Cairo en route to Istanbul. 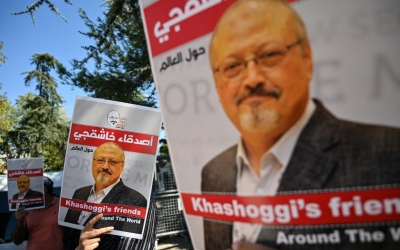 "The reports that have emerged that Egyptian authorities provided the killer drugs that were used to execute Jamal Khashoggi are shocking," said Sarah Leah Whitson, executive director of DAWN.

"There needs to be a congressional investigation," she said, adding that she believes it to be "impossible that a Saudi government plane would have landed in Egypt without the knowledge and permission of the Egyptian authorities".

Khashoggi, a Saudi dissident and US resident, was killed in the Saudi consulate in Istanbul in October 2018. The journalist had gone to the consulate to obtain the paperwork needed for his pending nuptials, but the Saudi hit-squad was waiting for him instead.

After entering the consulate, Khashoggi quickly realised he was to be forcibly drugged and "tried to run away", according to notes from Saudi prosecutors during a closed-door trial for the killers.

It is believed that a Saudi Ministry of Interior doctor injected Kashoggi with the lethal dose of narcotics, which are now believed to have been purchased out of Cairo just hours earlier.

Kamel, the Egyptian intel chief, is visiting Washington this week to meet with US intelligence officials as well as members of the Senate Foreign Relations Committee.

Staffers told Yahoo News that a number of senators are preparing to ask Kamel about the Cairo stopover, which was also the subject of a Washington Post editorial on Sunday. The staffers told Yahoo that Senators are specifically interested in asking whether Egyptian intelligence officials delivered or helped facilitate the alleged delivery of the drugs.

Representative Tom Malinowski also told Yahoo that the House Foreign Affairs Committee, of which he is a member, is trying to arrange its own meeting with Kamel.

Malinowski said that if the meeting happens, he too intends to question Kamel about the Khashoggi assassination.

"I'd like them to know we know they helped the Saudis murder a US-based journalist," he told the news agency.

For her part, Whitson also noted the close working relationship between Saudi Arabia and the government of Egyptian President Abdel-Fattah el-Sisi, whose 2013 coup was supported by Riyadh.

Kamel was Sisi's chief-of-staff before he took over as General Intelligence Directorate in January 2018 and is believed to have served as chief liaison to the Saudis, communicating directly on intelligence matters with Saud al-Qahtani, a close associate of Crown Prince Mohamed Bin Salman, who has been sanctioned by the US Treasury Department over his role in the Khashoggi murder.

Egyptian authorities have not commented on reports of the alleged Saudi drug purchase.

No intention of holding Sisi accountable

While US President Joe Biden had vowed to crack down on Egypt's human rights violations, rights groups have been critical of his policy so far, which has upheld the status quo.

Rights groups expressed particular outrage last month when it was revealed that Biden's Fiscal Year (FY) 2022 Defense Budget reflected no change at all in Washington's $1.8bn in military aid to Egypt.

Kamel's invite to Washington for talks and meetings with members of Congress is just another sign that Biden has no intentions of holding Sisi accountable, Whitson said. 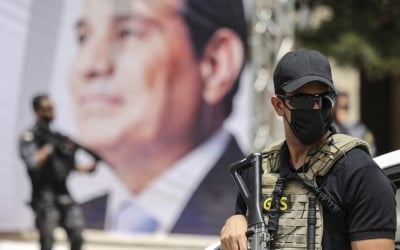 "This visit by Kamel is really basically a victory lap for the Egyptians in the wake of what they feared was Biden about to get serious about changing the relationship with Egypt," she said. "And what they've learned is, he's not."

In March, the US joined 30 countries at the UN Human Rights Council in expressing "[deep] concern about the trajectory of human rights in Egypt", calling on the Sisi government to end its assault on press freedom and freedom of expression, ensure accountability for rights abuses, and constructively engage with the UN.

Last week, a group of expatriate Egyptian politicians and activists urged the US, UN and multinational bodies in Europe and Africa to pressure Cairo to stop the execution of a dozen members of the Muslim Brotherhood.

"It is your moral duty to use of your influence as the European Union's High Representative to prevent Sisi's regime from using the death penalty and life imprisonment against political dissidents," read the letter, sent by former Egyptian presidential candidate Ayman Nour and Egypt's ex-investment minister Yehia Hamed. 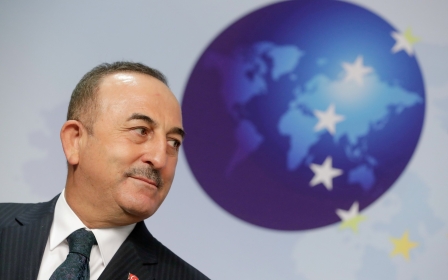