Kidnapped by Libyan militia, an Algerian journalist tells his story

Otmane Lahiani, an Algerian journalist, was kidnapped on Thursday in Tripoli with three other men. He tells his story to MEE 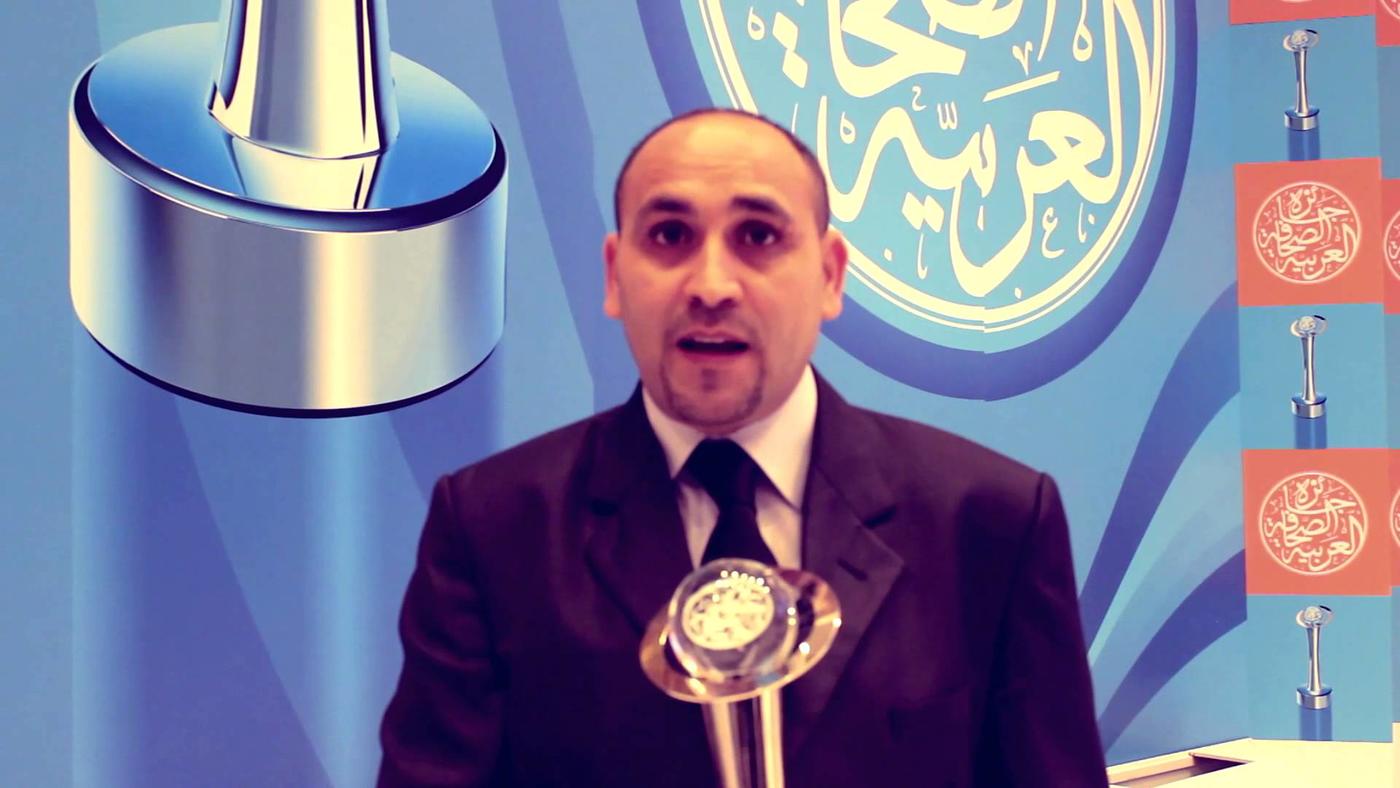 Otmane Lahiani soon after he got kidnapped: ‘That was not my first time in Libya and I will certainly go back there’ (screenshot)
By
MEE staff

They did it ‘Colombian style’, says Otmane Lahiani: "A car was in front of us and another behind. The car in front stopped and eight men burst out and pointed their guns at us.

"They forced us to lay on the floor, face down. There were many people around us, however Libyans are now used to this happening, so they were not surprised."

Lahiani, an Algerian and correspondent for the Saudi-owned al-Arabiya channel, was kidnapped on Thursday in Tripoli, on his way to the airport for a flight to Tunis.

With him was fellow journalist Alaeddine Zaatour and their Libyan driver.

Four four hours, the armed men had their lives in their hands.

"Our kidnappers put us in the boot of the car. We could tell we were going fast but had no clue of who had just kidnapped us and where we were heading," he said.

The crew was in Libya to report on a "humanitarian story" - the situation in Tripoli's hospitals - and were doing so in cooperation with Libya's health department and foreign media organisation.

Before long, Lahiani says, the group were dropped at "a ruined house, in the middle of nowhere".

"There, they threatened and forced our driver to go back to the hotel where the cameraman Ayman Ben Mansour had stayed to pick him up," he said.

"They wanted to know what we were in Tripoli for, who employed us, and which local authorities helped us with our mission. They took our cellphones, IDs and shoes.

"They blindfolded us and brought us one by one in a separate room. One of them threatened us by saying that the same thing that happened to Soufiane Chourabi and Nadhir Ktari might happen to us’.

Chourabi and Ktari were journalists for First TV, who the Islamic State group said it kidnapped and killed early last year.

But Lahiani said his kidnappers told them they were not IS, rather "vigilantes".

"It was pretty obvious that they were part of one of the many militia present in Libya, which made sense since Tripoli has become the focus of many conflicts between the factions," he said.

"One of our kidnappers was wearing a beard and the traditional ‘djellaba’ outfit. However there was another one who kept on blaspheming. Anyhow, they were pros. They had been monitoring us for a long time."

Thankfully, the group were freed four hours later. But those hours were among the longest of Lahiani's life.

"Maybe they released us because they found out that the administration of foreign Libyan media, the Libyan health department and other officials who knew we were in Tripoli," he said. "Maybe they got scared they might get in much more trouble."

In the Algerian newspaper El Khabar, for which Lahiani writes, he explained: "We found out, after we got released, that the place where we were brought to was under the control of a militia led by a certain al-Tajouri’ - perhaps Haitham al-Tajouri, a militia commander instrumental in the 2013 freeing of former prime minister Ali Zeidan during an attempted coup.

This story originally ran on MEE's French website and was translated by Nassima Demiche.