Despite an American airdrop, PKK forces have found themselves under increasing pressure 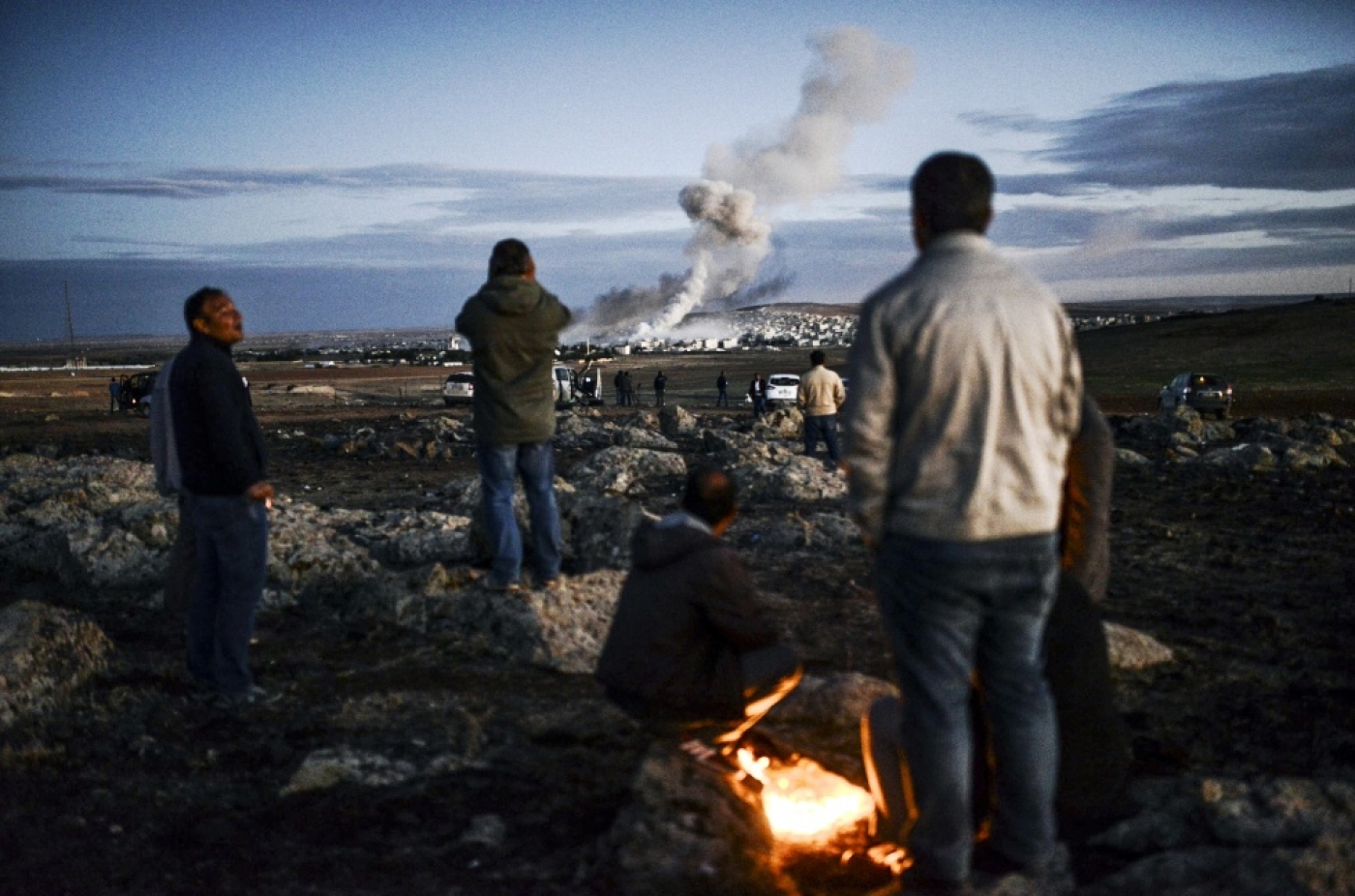 The Islamic State launched a fresh assault on Kobane late Monday, hours after it was announced that Kurds, who are defending the besieged Syrian border town, had received a first US airdrop of weapons.

IS had launched an assault "on all fronts of the city," Rami Abdel Rahman, the director of the Syrian Observatory for Human Rights monitoring group told AFP.

There were reports of heavy fighting in Kobane in the evening.

The assault followed two suicide attacks in the north of Kobane earlier on Monday, in an apparent bid to cut the town off from Turkey.

IS also sent reinforcements from Jarabulus to the west of Kobane, as shelling of the centre of town resumed towards the end of a relatively calm day.

The renewed fighting came after increased activity on the diplomatic front, aimed at propping up the troubled border town.

As well as the air drops, Turkey said on Monday it would allow Iraqi Kurds to enter Kobane.

Ankara has refused land deliveries of arms to the Syrian Kurds, who are linked with Turkey's outlawed rebel Kurdistan Workers' Party (PKK), but said it was helping Iraqi Kurds to reinforce the strategic town in a reversal praised by Washington. It is hoped the double pronged support will help Kurdish forces to hold the town, even in light of the current IS resurgance, although authorities have always stressed that the town remains in danger.

The Syrian Kurdish forces in Kobane hailed the earlier airdrop, saying it would "help greatly" in the town's defence against a nearly five-week IS offensive.

The supplies were "intended to enable continued resistance against ISIL's attempts to overtake Kobane," said US Central Command.

The US-led coalition has carried out more than 135 air strikes against IS targets around Kobane, but this was the first time it had delivered arms to the town's defenders.

"The military assistance dropped by American planes at dawn on Kobane was good and we thank America for this support," said Redur Xelil, spokesman for the Syrian Kurdish People's Protection Units (YPG).

"It will have a positive impact on military operations against Daesh and we hope for more," he added, using the Arabic acronym for IS.

Xelil declined to detail the weapons delivered but said there was "coordination" over the drop.

IS launched its Kobane offensive on 16 September, swiftly pushing Kurds back to the town itself and sparking an exodus of 200,000 refugees into Turkey.

But the Kurds have kept up a dogged resistance on the streets of the town, of which they control around half.

Ankara has kept the YPG at arms length because of its links to the PKK, which has waged a three-decade insurgency for Kurdish self-rule in southeast Turkey that has left some 40,000 people dead.

"We are assisting peshmerga forces to cross into Kobane," he said. "We have no wish at all to see Kobane fall."

With the shift in Turkish strategy, US State Department deputy spokeswoman Marie Harf said: "We welcome those statements from the foreign ministry".

In a sign that the troops may not have a warm reception from people on the ground, the Prime Minister of Kobane told the BBC on Monday that his town needs weapons, and not Peshmerga, in the fight to defend Kobane from IS.

A spokesperson for the Democratic Union Party, the Kurdish party that controls Kobane, told MEE that he is so far unable to comment on the reports.

The announcement that Iraqi Peshmerga fighters will be sent represents a major turnaround by Turkey, which until now has refused to allow Kurdish fighters to cross its border to join the fight for Kobane just a few kilometres to the south.

However, it appears that despite the agreement allowing the Iraqi Peshmerga through to fight in Kobane, Turkey will still block any PKK fighters from entering Syria.

The European Union, meanwhile, urged "Turkey to open its border for any supply for the people of Kobane," in a statement after a meeting of its foreign ministers.

The YPG said no Peshmerga had yet arrived in Kobane, while the Iraqi Peshmerga said Syrian Kurds, trained in northern Iraq, would be sent in but not Iraqi Kurds.

However, despite carrying out its first airdrops in Kobane, the US military says its top priority remains Iraq, where IS swept through much of the Sunni Arab heartland north and west of Baghdad in June.