Kurd-Arab council ready for 'unconditional talks' with the Syrian government 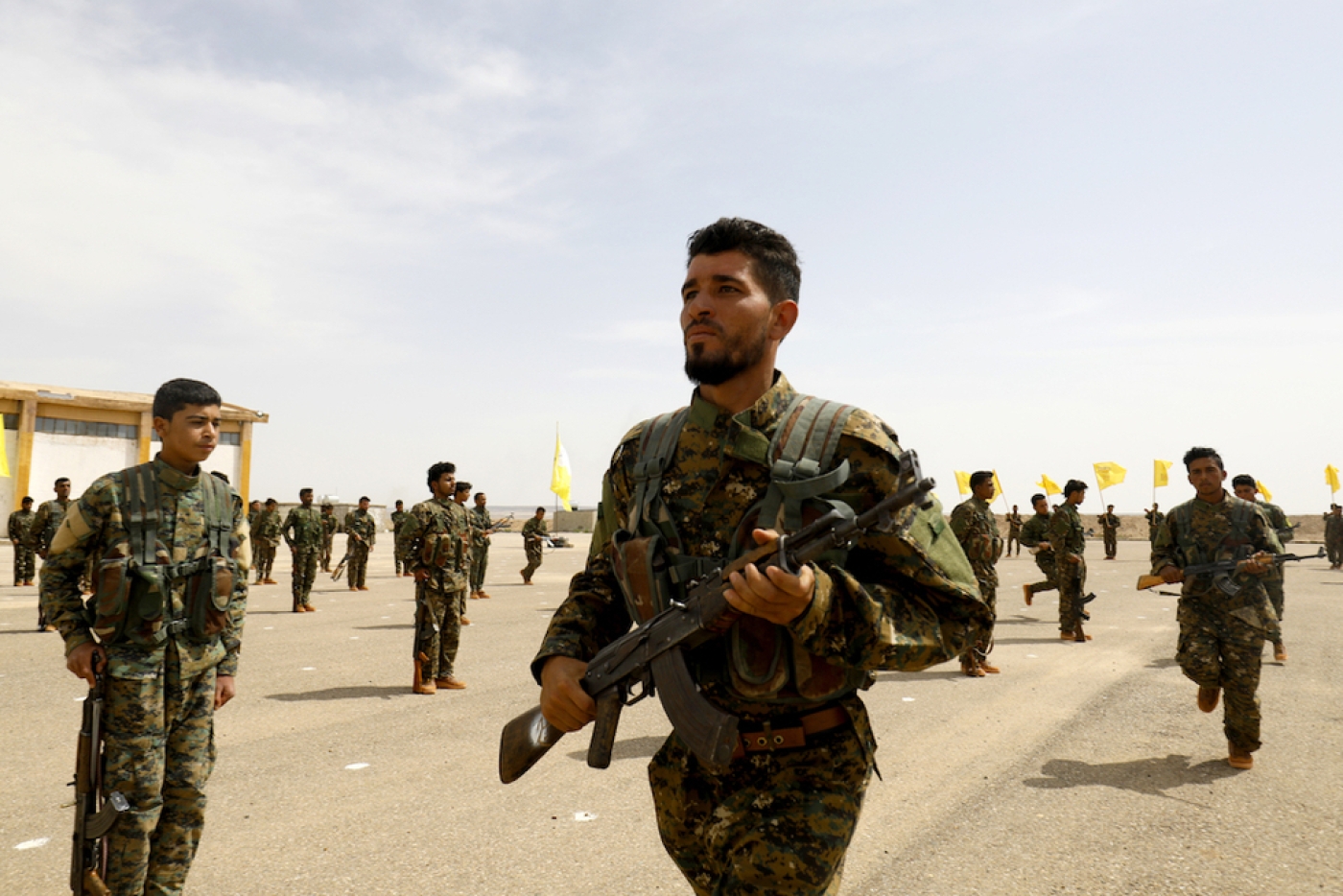 Members of the Syrian Democratic Forces, trained by the US-led coalition, at the graduation ceremony of their first regiment in al-Kasrah, a suburb of the eastern Syrian city of Deir Ezzor (AFP)
By
MEE and agencies

The political arm of a powerful alliance of Syrian Kurd and Arab fighters announced on Sunday it was ready for unconditional peace talks with the central government in Damascus.

Those areas are outside government control and most are managed by autonomous Kurdish-run administrations that the government sees as a challenge to its authority.

In a statement on Sunday, the SDC said it was committed to resolving Syria's deadly conflict through dialogue, and would not "hesitate to agree to unconditional talks".

"It is positive to see comments about a summit for Syrians, to pave the way to start a new page," it said.

Leading SDC member Hekmat Habib told AFP that both the council and the SDF "are serious about opening the door to dialogue" with the government.

"With the SDF's control of 30 percent of Syria, and the regime's control of swaths of the country, these are the only two forces who can sit at the negotiating table and formulate a solution to the Syrian crisis," he said.

The comments are the latest in a string of developments indicating an attempted rapprochement between the government and Kurdish authorities, in an effort to head off a clash.

Last month, Syrian President Bashar al-Assad warned Kurdish forces he could use force against them if he was not able to take their territory through talks.

Several days later, a delegation from Syria's tolerated domestic opposition made a rare visit to Qamishli, most of which is held by Kurdish forces linked to the SDF.

A Syrian Kurdish official told AFP at the time that the delegation was trying to play a mediating role between local autonomous authorities and the government.

Foreign Minister Walid Muallem subsequently said the government was informally talking to the Kurds but that negotiations had not yet started.

It was not immediately clear what kind of talks the SDC or the government have envisioned. Neither the SDC nor Kurdish bodies have ever been independently invited to take part in peace talks hosted by the United Nations.

Syria's government has recaptured more than half of the country, and the SDF is the second-most powerful force, with just under a third of Syrian territory.

Much of the territory currently under SDF control was captured during a US-backed military campaign against the Islamic State group.

Residents in SDF territory have expressed fear that an eventual US withdrawal could cost them their biggest ally and weaken their hand.

But Habib said he expected all non-Syrian forces to leave, including the Americans.

"We are looking forward, in the next phase, to the departure of all military forces from Syria and the return to Syrian-Syrian dialogue," he told AFP.