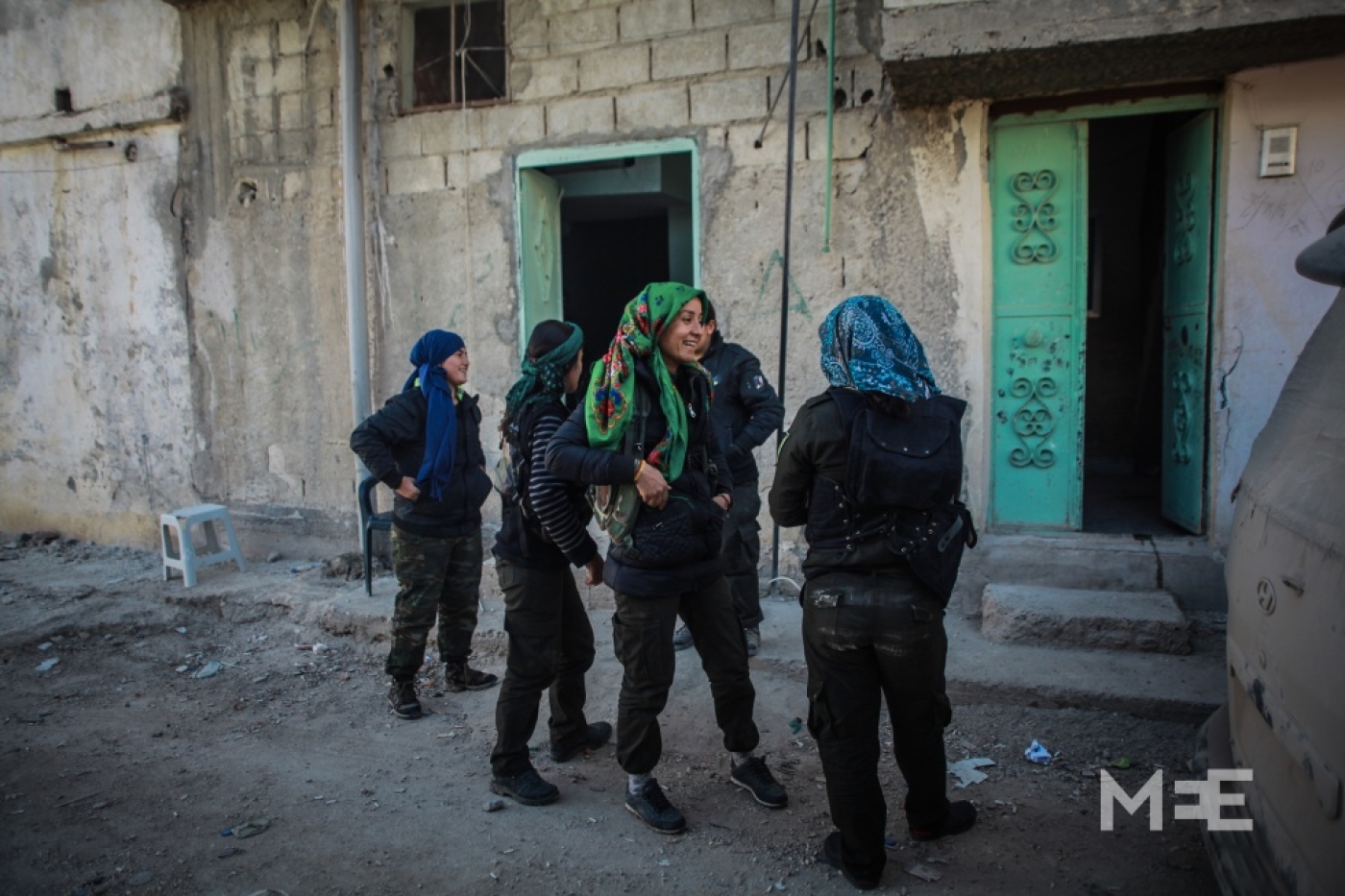 Kurdish and Syrian fighters in Kobane have recaptured a strategic landmark and cut off a key supply route on Wednesday after more than 50 days of fighting against Islamic State fighters, a Kobane official told MEE.

After fierce fighting that started on Monday, the fighters - which include soldiers from the People's Protection Units (YPG), Iraqi Kurdish Peshmerga and the Free Syrian Army - have taken back a strategic part of Mashta al-Nur, a hill which overlooks Kobane.

From this hill, the fighters will be able to bomb IS fighters around the city and also on the other side of the hill, said Idris Nassan, deputy foreign affairs minister for the Kobane, who said he was holed up in a safe location about 1km from Mashta al-Nur.

"ISIS is defeated mostly," Nassan told MEE. "ISIS is still in Kobane, but with Mashta al-Nur, ISIS will be in a very small part of Kobane. Defeating ISIS will be more easy."

In addition to regaining control of most of Mashta al-Nur, the fighters have also cut off the Halanj-Ain al-Arab road south of the town, a key supply route that IS has been using during the battle. Sixteen IS members were reportedly killed in the advance.

Kobane has become a major symbol of resistance against the IS, which in recent months has seized large swathes of territory in Iraq and Syria.

A US-led coalition on 23 September launched air strikes against IS positions in Syria, including around Kobane.

On Wednesday, the Syrian Observatory for Human Rights said at least 865 people, 746 of them IS fighters, have been killed in the strikes.

Another 50 were civilians, including eight children, while 68 of those killed were members of Syria's al-Qaeda affiliate.

Photos from Kobane by Ibrahim Khader Islamic State
Small number of Kurds reportedly fighting alongside IS in Kobane: officials Islamic State
In pictures: From Kobane to Suruc - life in the refugee camps