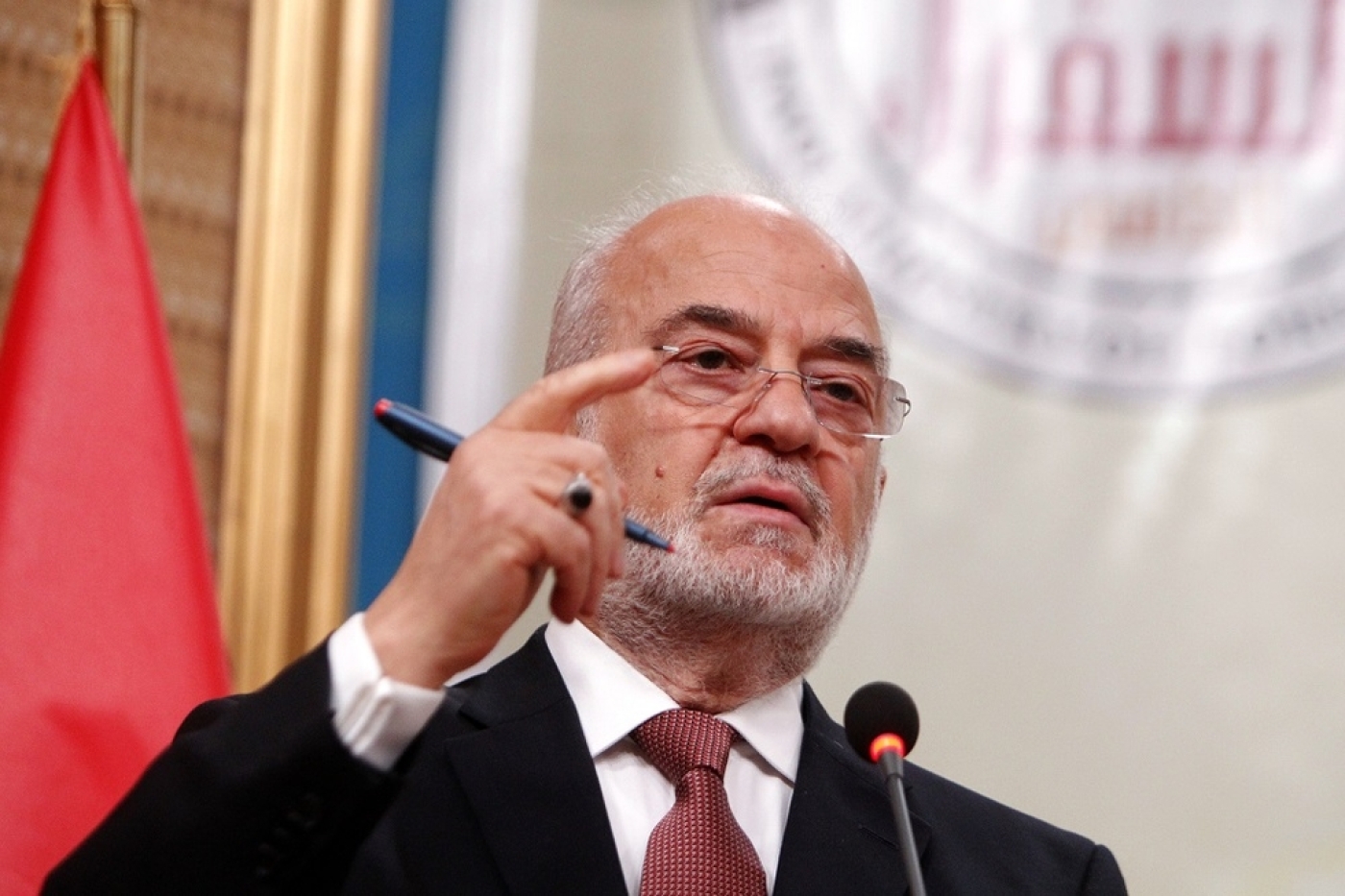 LONDON - Iraq's Kurds are spreading fear across the Middle East in their push for independence and must involve neighbouring countries if they wish to secede from Baghdad, the Iraqi foreign minister has told Middle East Eye.

Speaking in London, Ibrahim al-Jaafari said that while the Kurds had a right to hold a referendum, a secession process could not take place in isolation and without the involvement of others.

And because of its regional dimension, a 'yes' vote for secession on 25 September "will spread fear not just in Iraq but also in all these countries where Kurdish communities exist", he said. "Iran, Turkey, Syria and in Russia as well."

Jaafari also suggested Kurdish secession was unnecessary, given the political deal enjoyed by the Kurdistan Regional Government inside a federal Iraq.

"The Kurds now cannot be compared to the Kurdish community during the former regime," he said in reference to Iraq under Saddam Hussein, who had persecuted Kurds for decades.

"The president of the state is Kurdish - the former president is Jalal Talabani and the current one is Fuad Masum.

"And they have all the rights... the US doesn't give its states the same rights as Iraq has given to the Kurdistan region."

The minister made his comments on Tuesday at the end of a trade conference organised by the Iraqi embassy and the Arab-British Chamber of Commerce.

Speakers made no mention of the September referendum or its possible impact as they celebrated the imminent defeat of Islamic State (IS) and looked forward to the rebuilding of the country's infrastructure.

Jaafari's comments also came as Kurdish officials conceded independence could take years after a 'yes' vote, due to complex negotiations not only with Baghdad but with surrounding states including Turkey and Iran.

But Masoud Barzani, the president of the Kurdistan Regional Government, was adamant about the reasons for the push for independence.

On announcing the referendum last month, he said Baghdad did not accept "real, meaningful partnership" with Erbil, which did not want to be its subordinate.

Two days after his announcement, the Iraqi government said: "No party can, on its own, decide the fate of Iraq, in isolation from the other parties."

Turkey's prime minister, Binali Yildirim, called the decision to hold the vote "irresponsible" while a spokesman for Iran's foreign ministry, Bahram Ghasemi, said it would lead to "new problems".

One of the many objections from Baghdad to secession is the Iraqi territory controlled by the KRG beyond its official borders, such as Sinjar and oil-rich Kirkuk area liberated from Islamic State.

Jaafari criticised Kurdish forces for occupying those areas and, asked about the formerly Christian villages in the Nineveh Plains region, he said: "This is one of the negative aspects of the Kurdistan region, that they have some practices that are outside the Iraqi constitution."

While tens of thousands of Iraqi Christians, Yazidis and other minority communities have taken refuge in Iraqi Kurdistan since being displaced by IS in 2014, some have voiced concerns that the KRG could capitalise on the political goodwill it has earned fighting IS at the expense of the minority communities.

"We believe the Iraqi population includes Kurds, Arabs, Turkmens, in most provinces, and it is not permissible to attack any one community, whatever its size," said Jaafari.

"Iraq is for all Iraqis – Arabs, Christians, Turkmens, Yazidis, Chaldeans – and this is the policy of the central government and this is non-negotiable for us."

Iraqi Christians have questioned their place in Iraq since the failure of the Iraqi army and Peshmerga units to protect them from IS in 2014, and on account of the support given to IS by some of their Sunni neighbours in cities such as Mosul.

Meanwhile a veteran Iraqi MP at the conference, Mowaffak al-Rubaie, dismissed the referendum as "irrelevant" and a desperate bid for legitimacy by Barzani.

Speaking to Middle East Eye during the trade conference, he said the referendum was about "an internal issue... between Sulaymaniyah and Erbil", referring to the headquarters of the Kurdish opposition party, Change.

Barzani "has a problem with his presidency term", he added, referring to the expiry in 2015 of the extension of the two terms for which he was permitted to rule.

The Kurdish president has hit out at critics of his remaining in office, and barred the speaker of the Kurdish parliament, the Change movement's Yusuf Mohammed, from entering Erbil in October 2015.

The political unrest led to riots, but last year Barzani told al-Monitor that he would not leave office until Kurdistan had gained independence.

"That is a pledge from me. The day we have an independent Kurdistan, I will cease to be the president of that Kurdistan," he said.

Rubaie was sceptical of Barzani's strategy.

"Instead of sorting out his financial crisis, his political crisis between Sulaymaniyah and Erbil, his security crisis, his technical crisis – with the legitimacy of his presidency – he closed the parliament and declared a referendum," he said. 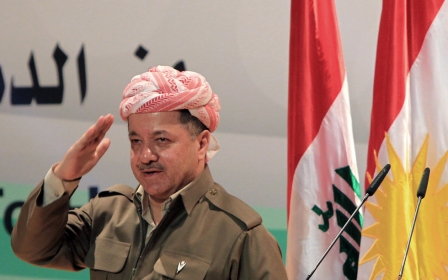 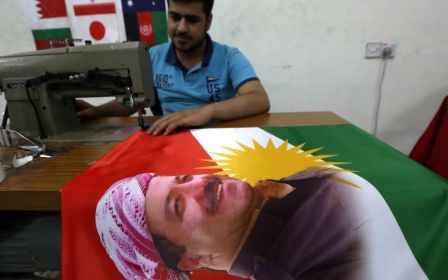