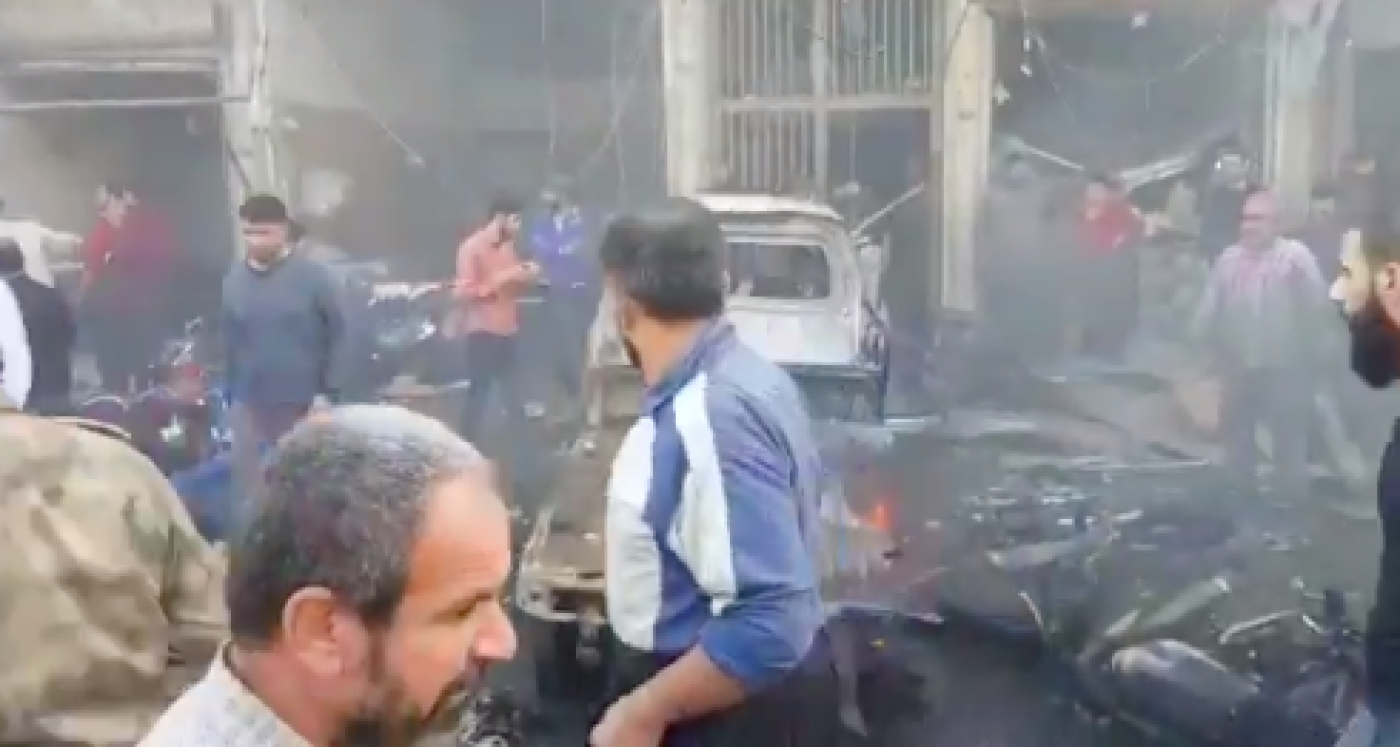 The bomb attack targeted a bus and taxi station in al-Bab town, leaving dozens dead and wounded (Screengrab)
By
MEE and agencies

A car bomb attack on Saturday has killed at least 18 people and wounded more than 27 in the northern Syrian town of al-Bab, the Turkish defence ministry has said in a statement.

The Syrian Observatory for Human Rights said the attack killed 19 people, 13 of them civilians, in the Turkish-controlled town.

The UK-based activist group said that the bomb attack targeted a bus and taxi station, and wounded 33 people, some of them seriously.

There was no immediate claim for the attack.

The Turkish defence ministry said that the People's Protections Units (YPG), the main Kurdish armed group within the US-backed Syrian Democratic Forces (SDF), was behind the car bomb.

Inhumane and uncivilised PKK/YPG terrorists continue to target innocent civilians using the same methods as DAESH. This time the terrorists detonated a car bomb in the Al-Bab bus terminal in the Op Euphrates Shield area, killing 10 civilians and injuring more than 15. pic.twitter.com/t6yPWGBaoX

Al-Bab, previously a stronghold for Islamic State, was seized by Turkey as part of its Operation Euphrates Shield in 2016.

Turkey and its Syrian proxies control several pockets of territory on the Syrian side of the border as a result of successive incursions in 2016-17, 2018 and 2019.

Ankara views the YPG as a terrorist group due to its links to the outlawed Kurdistan Workers Party (PKK).

Turkey began its latest military operation against the YPG on 9 October, when the Turkish air force launched air strikes on border towns.

The declared aim of the operations was to pave the way for a safe zone for millions of Syrian refugees displaced by the conflict. 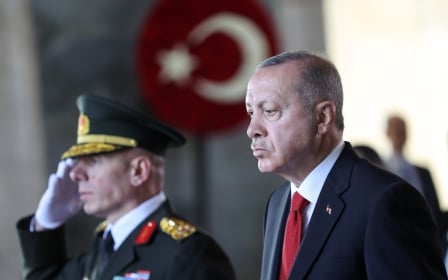