Kurdish flag flies over a demonstration (AFP)
By
AFP

Thousands of Kurds protested on Saturday outside the Council of Europe in Strasbourg over Turkey's offensive against a Kurdish militia in northwestern Syria.

"We want to sound the alarm because Kurds in Afrin fought against Islamic State and are being massacred today. The silence of the European leaders is deadly," Suleyman Akguc, a protester, told AFP.

On 20 January, Ankara launched a campaign in Afrin against the Kurdish militia of the Syrian Kurdish People's Protection Units (YPG), described as a terror group by President Recep Tayyip Erdogan but allied with the United States in the fight against the militant group Islamic State (IS).

According to the organisers, 7,000 demonstrators marched in Strasbourg holding placards bearing slogans such as "Erdogan assassin". Police said there were 1,600 protesters.

Shouting "Erdogan, dictator" and "silence kills," the demonstrators - some of whom came by coach from the Netherlands, Austria and Germany - went to the Council of Europe before reaching Strasbourg's city centre, an AFP journalist saw.

Signs and banners included portraits of Abdullah Ocalan, leader of the Kurdistan Workers' Party (PKK), who has been detained since 1999 on Imrali Prison Island off Istanbul.

They displayed banners that read: "Defend Afrin = defend the women's revolution" and "Erdogan's Turkish fascism will be buried in Afrin". 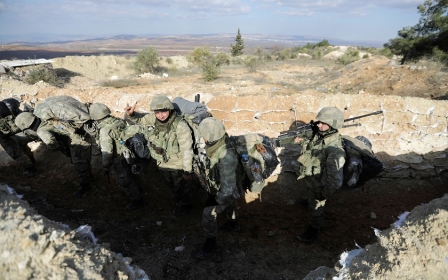 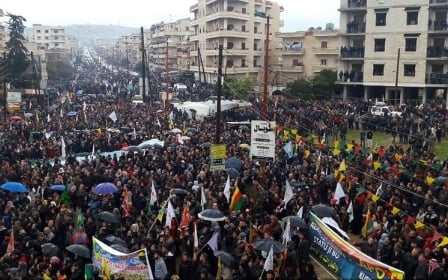