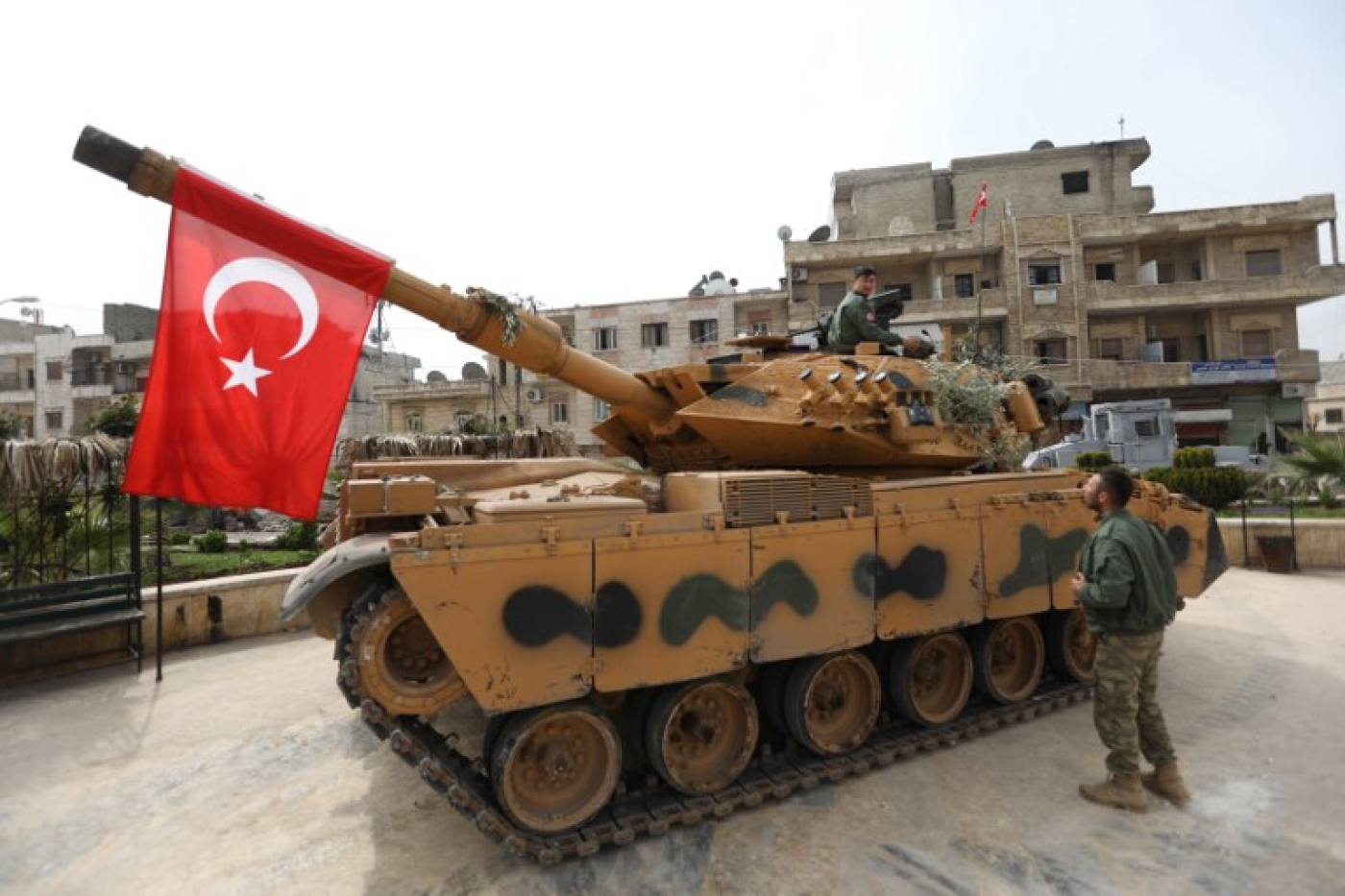 The Kurdish administration of Syria's Afrin region indicated on Sunday that Kurdish-dominated forces fighting Turkey-backed groups in the area will shift from direct confrontation to guerrilla tactics.

The pointer came after Ankara announced early on Saturday that Turkish-backed rebels had seized the centre of Afrin city, making rapid gains in their campaign against Kurdish forces.

"Our forces are present all over Afrin's geography. These forces will strike the positions of the Turkish enemy and its mercenaries at every opportunity," Othman Sheikh Issa, co-chair of the Afrin executive council, said in a televised statement.

"Our forces all over Afrin will become a constant nightmare for them."

Turkish forces and their Syrian rebel allies swept into the northwestern Syrian town of Afrin on Sunday, raising their flags in the town center and declaring full control after an eight-week campaign to drive out fighters from the Kurdish YPG militia.

On Saturday, President Recep Tayyip Erdogan, who has vowed to remove Kurdish militia from areas along the Turkish border, said: "Units of the Free Syrian Army, which are backed by Turkish armed forces, took control of the centre of Afrin this morning at 8:30 am [0530 GMT]."

"Most of the terrorists have already fled with tails between their legs. Our special forces and members of the Free Syrian Army are cleaning the remains and the traps they left behind," Erdogan said. "In the centre of Afrin, symbols of trust and stability are waving instead of rags of terrorists."

Issa said Kurdish fighters had shown "“unparalleled steadfastness and resistance" in the fight, but that Kurdish authorities had decided to evacuate civilians from Afrin "to avoid a worse humanitarian catastrophe".

The Syrian Observatory for Human Rights, a Britain-based monitor of Syria's civil war, said Turkish-led forces had made a lighting advance inside Afrin, taking control of half the Kurdish-majority city.

A civilian inside Afrin said rebels had deployed in the city centre and that the Kurdish People's Protection Units (YPG) militia had withdrawn.

Civilians hiding in basements could hear fighting outside and people shouting "God is greatest," one resident told AFP.

An AFP correspondent in the city said he heard explosions on Sunday morning.

Turkey-backed forces tore down a statue linked to Kurdish culture in the centre of Afrin, a statement on a WhatsApp group run by the Kurdish-dominated Syrian Democratic Forces said, citing the Afrin media centre.

The statue was of the blacksmith Kawa, a central figure in a Kurdish legend about the new year celebration of Nawroz (which falls during the March equinox, or March 20 this year). The statement said this was the "first blatant violation of Kurdish people's culture and history since the takeover of Afrin".

The capture of Afrin would be a major victory in Ankara's campaign against the YPG, which Turkey considers a outlawed militant group.

Ankara launched Operation Olive Branch in Afrin two months ago, saying the area near the Turkish border needed to be secured and the YPG pushed out.

The advance has made steady gains and earlier this week Turkish-led forces largely surrounded Afrin city, leaving a single escape route open southwards to territory still held by the YPG or controlled by the Syrian regime.

At least 200,000 civilians had fled the city over the last week, the Observatory said.

Turkish jets and artillery have been battering Afrin for weeks and ground clashes intensified in recent days, raising fears for thousands of civilians trapped in street-to-street fighting.

At least 27 civilians were killed in Turkish bombing on Friday and Saturday, according to the Observatory, including 16 when a raid reportedly struck the main hospital in Afrin city on Friday.

The Observatory says more than 280 civilians have been killed since the campaign began. Ankara has denied the reports, including of Friday's hospital strike, and said it takes the "utmost care" to avoid civilian casualties.

The Observatory said on Sunday that more than 1,500 Kurdish fighters had been killed since the start of the offensive, most of them by air strikes and artillery fire.

More than 400 pro-Ankara rebels have been killed since 20 January, the Observatory said on Sunday.

The Turkish military says 46 Turkish soldiers have lost their lives.

But the Kurdish militia has also formed the backbone of a US-backed alliance that has successfully expelled the Islamic State jihadist group from large parts of Syria.

Syria's civil war entered its eighth year this week with heavy fighting on two fronts - around Afrin and in the rebel enclave of Eastern Ghouta, near Damascus.

More than 1,400 civilians have been killed in bombardment and clashes in Eastern Ghouta during the offensive, according to the Observatory.

Regime forces have retaken some 80 percent of Eastern Ghouta since launching the offensive, carving it up into three shrinking pockets held by different rebel groups.

More than 50,000 people are reported to have fled the area in recent days.

On Saturday, pro-government forces took control of the two towns of Kafr Batna and Saqba in the southern pocket held by the Faylaq al-Rahman rebel group, the Observatory said.

More than 350,000 people have been killed since Syria's conflict broke out in 2011 with protests against Assad.

He has maintained his grip on power despite global calls to step down and outrage at the offensives he has waged to retake towns and cities from rebel fighters.