Kurds retake one-third of towns around Kobane from Islamic State Syrian Kurdish forces have recaptured more than one-third of the villages around Kobane from the Islamic State (IS) group since routing the militants from the town a fortnight ago, a monitor said Sunday.

"The People's Protection Units (YPG) have recaptured 128 villages out of some 350 in the past two weeks," said Syrian Observatory for Human Rights director Rami Abdel Rahman.

The YPG recaptured Kobane on the border with Turkey from IS on 26 January, after four months of fierce fighting backed by Syrian rebels and US-led coalition air strikes.

"The IS withdrew from villages east and south of Kobane mostly without resistance, but fought hard to try to keep control of villages to the west," said Abdel Rahman.

"That's because it wants to try to protect areas under its control in Aleppo province. But the Kurds are steadily advancing," he told AFP.

The US-led coalition has been carrying out strikes against IS fighters in Syria since September.

In recent days, coalition forces have continued to pound IS positions around Kobane, while YPG troops backed by Syrian rebels press the fight on the ground.

A two-hour drive south of Kobane, Jordanian air forces have also reportedly been hitting IS in Raqqa, which has been called the group's capital.

Idris Nassan, foreign affairs minister for the canton of Kobane, told Middle East Eye shortly after Kobane's liberation that he thought the city would remain secure.

“I think that IS will not be able to attack again on the city of Kobane, because now the jet fighters are keeping watch on what’s going on inside the city and around the city in the neighbouring countryside."

Last week, the SOHR announced the YPG was making a “speedy” advance across the region, facing "no resistance".

"As soon as the YPG enters into a village, the IS withdraws its fighters," he said.

Kobane, located in a region of northwest Syria also known as Rojava or Syrian Kurdistan, had been under siege from IS since September 2014.

While other long-term battles have continued on in Syria and Iraq, the fighting in Kobane has received unparalleled media coverage. Syria War
Kurds drive out IS, take back Kobane 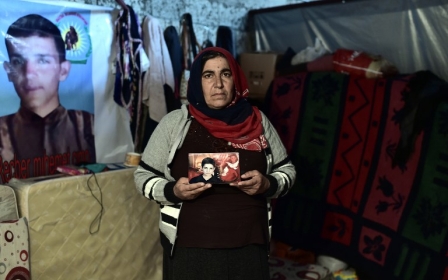