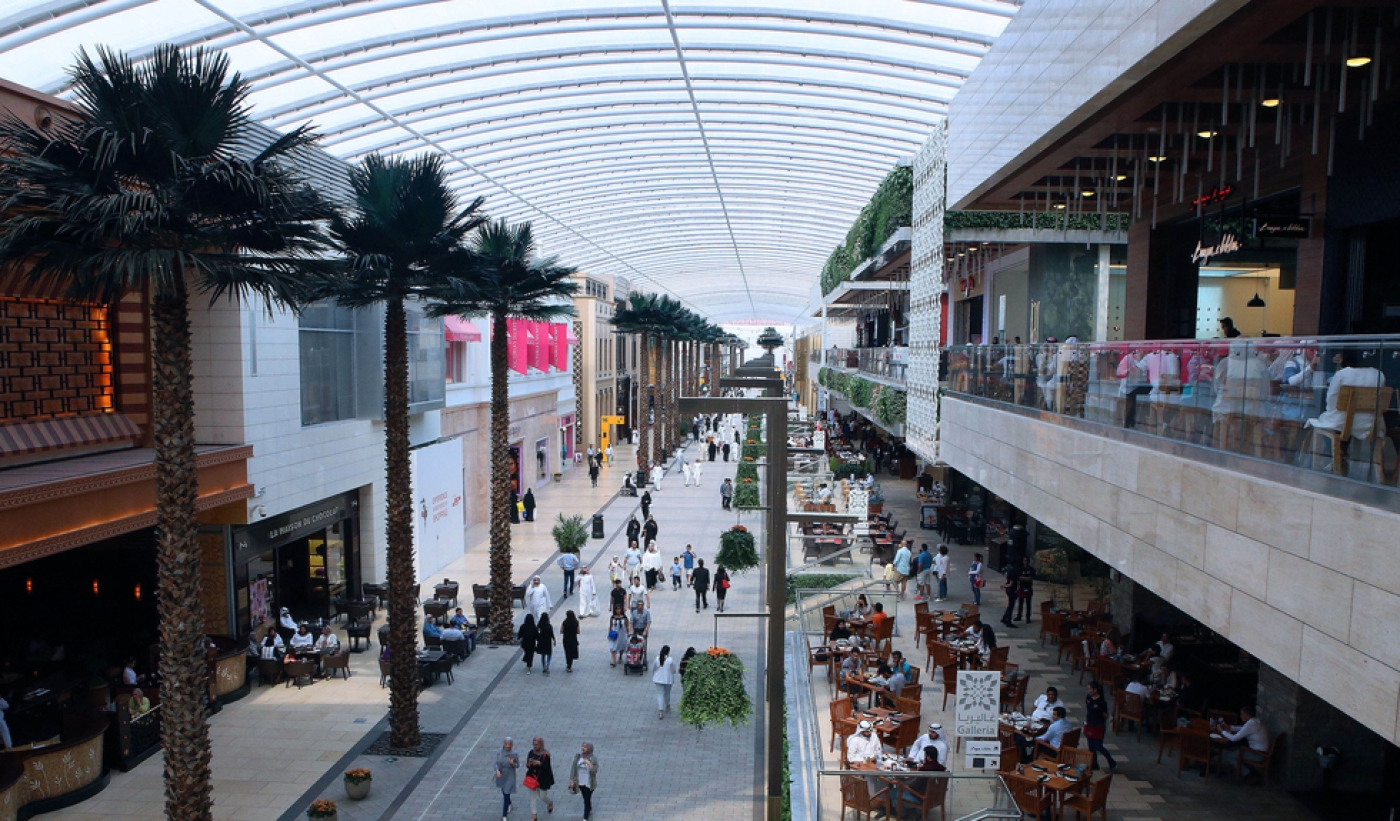 Kuwaitis walk as others sit on cafe terraces inside the Avenues Mall, the country's largest shopping centre (AFP)
By
MEE staff

Police shaved the heads of three men in Kuwait after they were caught cross-dressing in a shopping centre, reports said on Wednesday.

Two Kuwaitis and one Bahraini were held after they were noticed “wiggling” by security guards, who initially thought they were women.

According to the local daily al-Rai, the three men - all in their 20s - were taken to a local police station where their heads were shaved.

They were then referred to the authorities for further investigation.

Homosexuality is not officially outlawed in Kuwait, but it is often prosecuted under “debauchery” laws and those convicted can often spend up to six years in jail.

In October 2014, police in Kuwait arrested 23 alleged cross-dressers and homosexuals after breaking up a “wild party” held at a chalet in the south.

In 2013, a Kuwaiti cross-dresser was arrested following a scuffle after he entered a women-only lingerie shop.

Homosexuality, cross-dressing and other topics which are seen to challenge traditional gender and sexuality norms are heavily taboo in the Middle East.

With the exception of Turkey and Israel - the former abstaining and the latter supporting - every country in the Middle East and North Africa opposed the UN Human Rights Council’s 2011 declaration of rights of LGBT people.

The death penalty is available for LGBT people in Yemen, Saudi Arabia, Qatar, UAE, Mauritania and Iran, although it is rarely enforced.