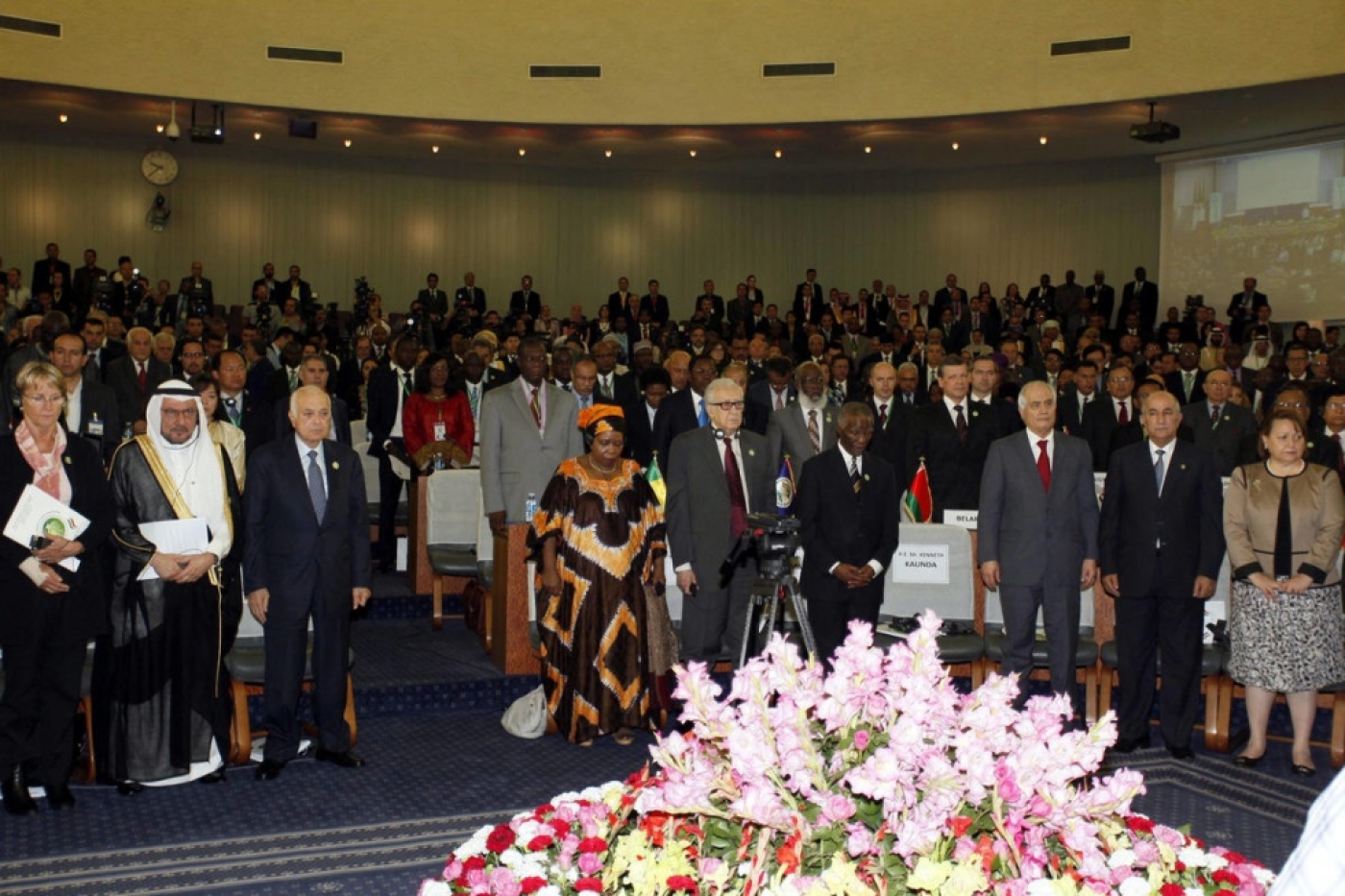 Kuwait Foreign Minister Sheikh Sabah Khaled Al-Hamad Al-Sabah met with his Ethiopian counterpart Tedros Adhanom on the sidelines of a ministerial meeting of the Non-aligned Movement, which concluded in Algeria on Thursday.

In November, Kuwait offered a one-billion dollar grant and another $1 billion in loans for carrying out development projects in Africa.

According to the Ethiopian source, the top Kuwait diplomat has invited a high-level AU panel on Egypt to visit Kuwait early June.

The AU's Peace and Security Council said the measure was standard procedure in the event of an unconstitutional change of government in a member state.

No sermon allowed on Egypt poll

Kuwait’s position on the situation in Egypt was further clarified as Kuwaiti authorities on Friday terminated the contract of an Egyptian mosque imam who during a Friday sermon questioned the results of Egypt's presidential polls.

According to al-Shuaib, Abu Halima broached the issue of the Egyptian elections during his sermon at Kharneej Mosque.

"After hearing a recording of the sermon, the authorities confirmed that Abu Halima had said that the presidential elections in an Arab country had been rigged due to low turnout and bias [towards a particular candidate] on the part of supervising judges," al-Shuaib said.

The remarks, al-Shuaib said, had angered worshipers who asked the imam not to discuss politics.

According to Kuwaiti mosque regulations, imams are prohibited from talking politics and should stick to an official sermon provided by the Religious Endowments Ministry.

Results provided by 13,893 polling stations across Egypt showed al-Sisi winning some 23.5 million votes, while his competitor, leftist Hamdeen Sabahi, won only 791,153, or 3.3 percent of the total, according to an Anadolu Agency tally.

The vote, which wrapped up on Wednesday, comes as part of an army-backed transitional roadmap unveiled last July following the ouster of president Mohamed Morsi.

No jurisdiction to rule on aid ban

Furthermore, a Kuwaiti court said on Sunday it has no jurisdiction to rule in a lawsuit requesting the government to cancel a multi-billion dollar aid package it has pledged to Egypt since last year, a judicial source said.

Lawyer Abdullah al-Kandari who filed the lawsuit last July said the Kuwaiti government's decision to disburse the non-refundable aid package to Egypt classifies as a waste of public funds under the Kuwaiti constitution.

Kuwait, which was among the first countries to support last July's military ouster of Egyptian president Mohamed Morsi, has pledged $4 billion in assistance to Egypt's military-backed government.

Two billion dollars had since been deposited at Egypt's central bank, while $1 billion worth of petroleum products had been shipped to the country.

Following Morsi's removal from office and subsequent imprisonment, Saudi Arabia, the United Arab Emirates and Kuwait all pledged billions of dollars in aid to shore up Egypt's struggling economy.

Kuwaiti opposition figures have, however, opposed their government's aid package on grounds that the money should have been allocated for domestic expenditure.