Migrants from sub-Saharan Africa wait at a detention center on May 17, 2015 in the capital Tripoli (AFP)
By
Rori Donaghy

The European Union’s plan for military intervention to stop the flow of migrants from Libya to Europe has been revealed in documents published by WikiLeaks on Monday.

The transparency advocates shared two leaked documents from 12 May that set out a plan approved by EU defence chiefs that is aimed at contributing “to systematic efforts to identify, capture and destroy vessels before they are used by traffickers”.

An 11-page document outlines the planned military operation to destroy boats and a 6-page brief provides recommendations on tackling trafficking networks including suggestions for an information strategy to deal with public expectations of the military operation.

The EU plan comes in response to outrage over the deaths of hundreds of migrants this year as they made the treacherous trip from Libya to Europe via rudimentary boats run by human traffickers. In the documents the EU military action is set out as a one-year rolling strategy with its early stages to be focused on gaining an understanding of the traffickers’ business model.

“[T]here is not yet a clear and sufficient understanding of the business model used by the migrants smuggling networks in the Southern Central Mediterranean region,” the document read.

“Phase one [of the operation] should be [developing] a sufficient understanding of the migrants’ smuggling and trafficking business models, financing, routes, places of embarkation, capabilities and identities.”

While much of the documents is concerned with careful legal considerations for the military action, there is also a focus on developing an information strategy to shape public understanding of the plan.

“The information strategy should avoid suggesting that the focus is to rescue migrants at sea but emphasise that the aim of the operation is to disrupt the migrants smuggling business model,” read point 39 of the action plan.

The EU acknowledged in the document that search-and-rescue operations are an international obligation, however, it “stresses the need for public messaging to avoid misperception on the operation’s mandate and to manage expectations”.

With that understanding the document states that any migrants rescued in the midst of the military operation should not be communicated publicly.

“Rescue operations led during this operation should not be publicised in order to avoid providing an incentive to migrants.”

In its press release WikiLeaks said that the documents acknowledge the EU may engage in military action against the Islamic State (IS) group “within the Libyan sovereign area”.

In the document the EU admits the threat of IS in operating near or on Libyan territory, without explicitly suggesting that military action may be taken against the group.

“The threat to the force should be acknowledged, especially during atrocities such as boarding and when operating on land or in proximity to an unsecured coastline, or during interaction with non-seaworthy vessels. The potential presence of hostile forces, extremists or terrorist such as Da’esh (IS) should also be taken into consideration,” the “operational risk” element of the document sets out.

IS has gained notoriety in Libya for having claimed responsibility for slaughtering 21 Coptic Christians in February, which was portrayed by the group as having taken place on the shores of the Mediterranean. The militancy has also found a foothold in war-torn Libya’s eastern town of Derna.

Libya is in the midst of a brutal civil conflict that has seen rival tribes, cities, militias and governments all battling for control over Africa’s largest oil reserves. The North African country has historically been a route through which migrants from across the world have attempted to reach Europe, but since the fall of Muammar Gaddafi and with war and poverty deepening in both the region and wider world, the numbers of migrants leaving Libya has soared in 2015.

The EU’s approach set out in the leaked documents, though not the full extent of its approach to the issue, does reveal that military forces will be deployed to stop the flow of migrants as well as adopting strategies to disrupt the traffickers’ business model.

The North Africa project director at the International Crisis Group has previously told Middle East Eye that simply stopping the flow of migrants will do little to solve the underlying reasons as to why people risk their lives in seeking a better life.

“You have to look at the bigger picture. It’s not about how you stop them [the migrants] getting into Europe – the issue is about the root causes of conflicts. If we don’t address that – but we do stop smuggling rings in Libya – these people [migrants] will go elsewhere.” 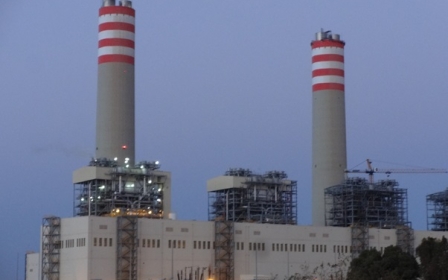 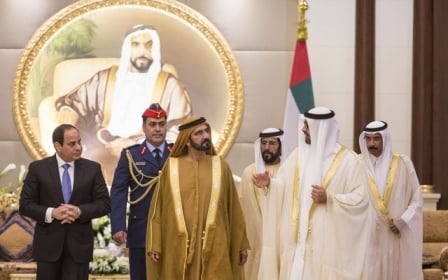