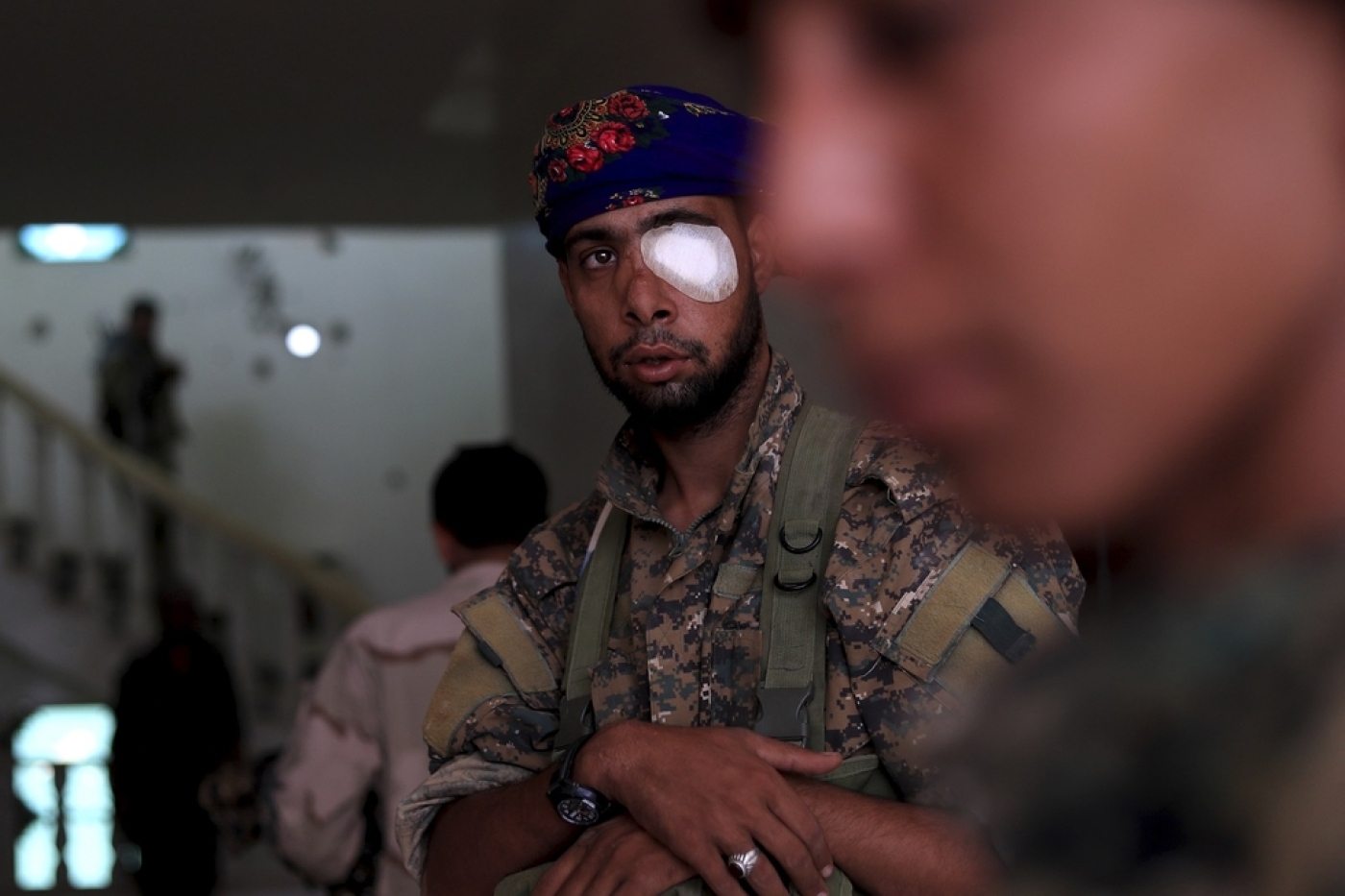 At least 20 fighters from a US-backed force in Syria were killed on Friday in an Islamic State (IS) group ambush in eastern Syria, a war monitor said.

The Kurdish-led Syrian Democratic Forces are waging an offensive around the town of Hajin in the province of Deir Ezzor, the militant group's last stronghold in the country's east.

"The fighters were advancing during a sandstorm, they were surrounded, IS members used explosives and opened fire," said the Syrian Observatory for Human Rights.

The US-backed SDF had been closing in on the IS pocket for months before launching its offensive on Monday.

Since then, 53 militants and 37 SDF fighters have been killed in fierce clashes, according to the Britain-based Observatory.

After a salvo of outgoing fire on Friday, thick columns of smoke rose from As-Susah, which along with Hajin and other nearby villages make up IS's last enclave in eastern Syria.

"Daesh has strong fortifications. We're seeking to break the defences and bring its presence east of the Euphrates to an end," said a commander, Ibrahim al-Dairi, using an Arabic acronym for IS.

IS once held nearly all of Deir Ezzor, but separate offensives last year by the SDF and Russian-backed government forces left the militants clinging to a small area of territory near the Iraqi border.

The SDF estimates IS has about 3,000 fighters in the besieged holdout, many of them foreigners.

Dairi told AFP he expects the remaining militants to "fight to the death".

"We are prepared to stay here, as the president has made clear, to ensure the enduring defeat of ISIS," Ambassador William Roebuck said, using an alternative acronym for IS.

On Monday, IS fighters killed 12 Syrian government fighters in an ambush in the southern province of Sweida. Eight militants were also killed, the Observatory said.

While IS leader Abu Bakr al-Baghdadi's whereabouts are unknown, the SDF believes other "major leaders" are hiding out in the pocket, according to Deir Ezzor military council chief Ahmad Abu Khawla.

"Most of the frontline commanders in this pocket are Iraqis," he told AFP.

The US coalition is backing up the SDF's push with artillery support and air cover.