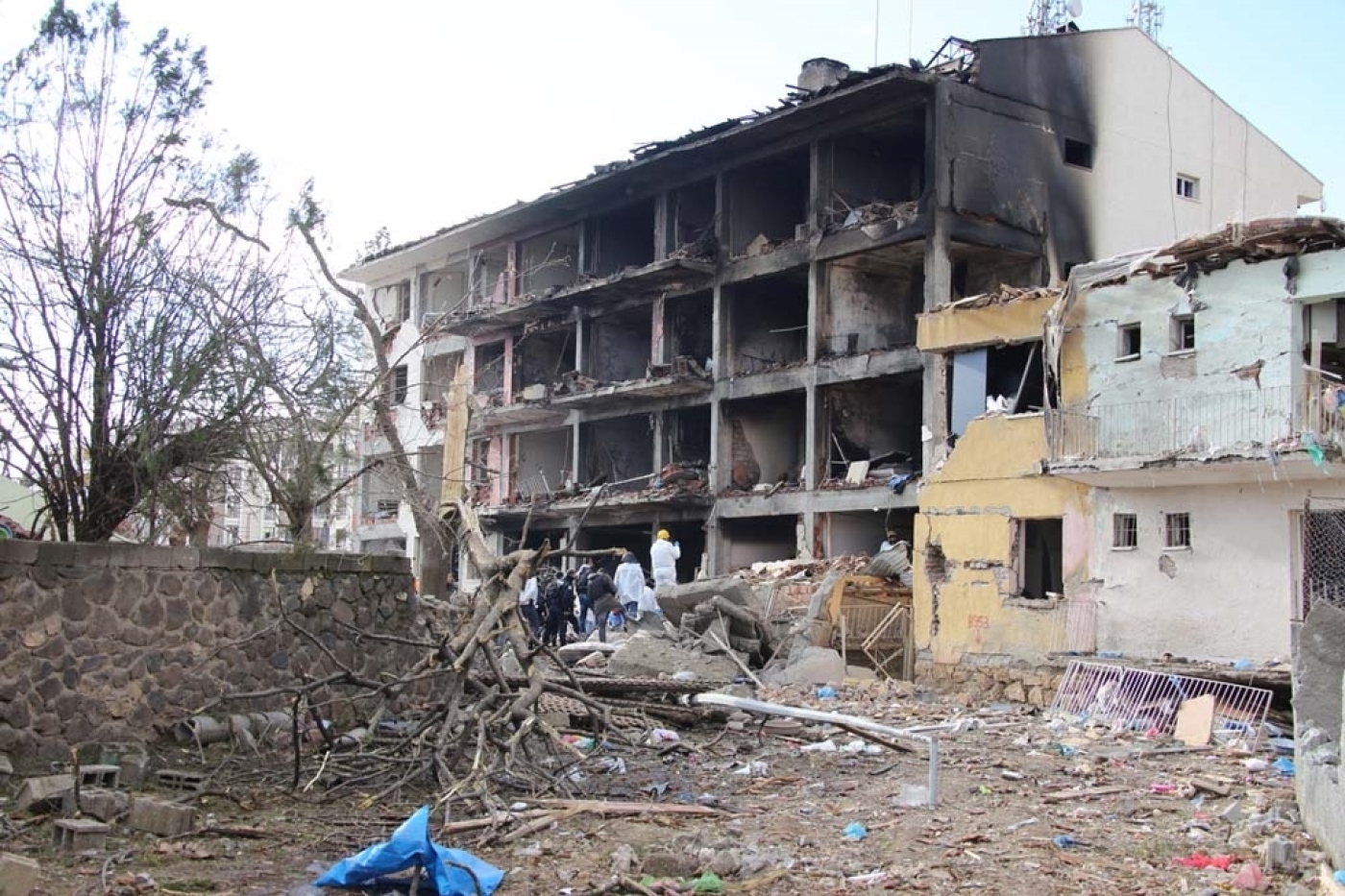 At least six people were killed and 39 wounded late on Wednesday when a car bomb ripped through a police station and an adjacent housing complex for officers and their families in southeastern Turkey.

The Kurdish Workers Party (PKK) has been blamed for the attack in Cinar, a town in the Diyarbakir province. The region has seen a major crackdown by security forces against PKK militants since late last year.

According to reports, two people were killed in an initial car bomb on the police station, while four more, including a baby, were killed when a building collapsed due to damage, the governor's office of Diyarbakir province said in a statement.

The violence comes after 10 tourists were killed on Tuesday in a suicide bombing in central Istanbul which the government blamed on the Islamic State (IS) group, an arch foe of the PKK.

Images published by Turkish media showed the late-night blast in Cinar caused huge damage to the residential building used by the police officers and their families, with the entire outer wall blown out.

The governor's office said 14 people were injured in the initial bomb blast while 25 were wounded by the building's collapse, including five who had been rescued from the rubble by emergency teams.

The Dogan news agency said a 40-minute clash then ensued between security forces and the rebels.

Security forces have now blocked all entrances and exits to Cinar and have launched a wide operation to find the assailants, it added.

Months of violence in southeast

The PKK launched an armed uprising against the Turkish state in 1984, in which tens of thousands of people have been killed. While the PKK initially fought for Kurdish independence it now presses more for greater autonomy and rights for the country's largest ethnic minority.

High hopes for a political solution to the decades-old crisis were dashed last year after a bloody attack on largely pro-Kurdish activists killed 33 people and injured more than 100 others in Suruc. In response to the attack, widely seen to be the work of the Islamic State group, the PKK launched a string of attacks on Turkish military targets, accusing Ankara of not doing enough to combat IS.

The Turkish authorities have responded with force, bombing PKK camps in northern Iraq and launching a string of crackdowns throughout the country. In recent weeks they have also been enforcing harsh curfews in three locations in the southeast to back up military operations that activists say have killed scores of civilians.

A curfew has been in force in the Sur neighbourhood of Diyarbakir city since 2 December, while curfews in the towns of Silopi and Cizre in Sirnak province have been in place since 14 December.

According to a report published on Wednesday by the Diyarbakir branch of the Human Rights Association (IHD) NGO, 170 civilians have been killed under military curfews imposed in seven towns and cities in the southeast since 16 August.

In Diyarbakir alone, 37 civilians had been killed, including 10 children and three women, it said. The government says hundreds of "terrorists" have been killed but denies the civilian losses are on this scale.

On Wednesday, Turkey’s Justice Minister Bekir Bozdag accused the PKK of killing civilians and blaming the deaths on the security forces.

Bozdag said the PKK "on one side kills civilian citizens, on the other side makes separate propaganda saying ‘the state killed’."

President Recep Tayyip Erdogan stressed after the Istanbul attack that the government will make no differentiation between "terror" groups "whatever their name or abbreviation is".

Erdogan also lashed out at Turkish and foreign academics - including the famed linguistics expert Noam Chomsky - as being "ignorant" for signing a petition calling for an end to the security operations in the southeast.

In other violence blamed on the PKK overnight, militants launched a rocket and gun attack on a gendarmerie post in Midyat in Mardin province, Dogan said. There were no reports of casualties.