More than 10 civilians killed in attack on Yemeni marketplace At least 13 civilians, including two children, were killed in an attack on a market in Yemen's northern Saada province, a medical source told Reuters news agency, as warring parties blamed each other for the attack. Border battle: Behind the lines of the Houthi war on Saudi-Yemen frontier
Read More »

Al-Eryani said on Twitter that the Houthis had fired Katyusha rockets into the market, killing 10 civilians and wounding 20.

Saudi-led coalition spokesman Colonel Turki al-Malki, in a statement to Reuters, also blamed the Houthis for the attack.

Pictures taken by a Reuters photographer showed numerous bodies lined up on a nylon sheet near the morgue.

The Western-backed coalition led by Saudi Arabia and the United Arab Emirates (UAE) intervened in Yemen in 2015 to try to restore the internationally recognised Yemeni government that was ousted from power in Sanaa by the Houthis in late 2014. 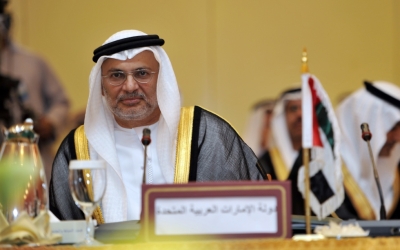 The Houthis, who continue to control the capital Sanaa, have in the past few months stepped up their attacks against targets in Saudi Arabia.

In response, the coalition has targeted military sites belonging to the group, especially around Sanaa.

Since 2015, tens of thousands of people - mostly civilians - have been killed in the conflict described by the United Nations as the world's worst humanitarian crisis.

The warring sides have fought to a stalemate, and several rounds of UN-sponsored talks, the last held in Sweden in December, have failed to reach an accord to end the war.