At least seven people have been killed and 30 injured in a suicide bombing attack on a mosque in Baghdad, police said on Friday.

The attack on the Shia mosque in the eastern neighbourhood of Baladiyat occurred just as Friday prayers were ending.

There has been no claim of responsibility.

A senior police source told Reuters that either a suicide belt or improvised explosive device (IED) had been used. They said the death toll was likely to rise.

Attacks on Shia religious buildings in the capital have been particularly rare.

Baghdad had been experiencing a relative period of calm following the announcement of the defeat of the Islamic State group last year, with much of the city's former nightlife returning.

At least eight people were killed, and 15 wounded, in a suicide bombing at a market in the east of Baghdad last month. 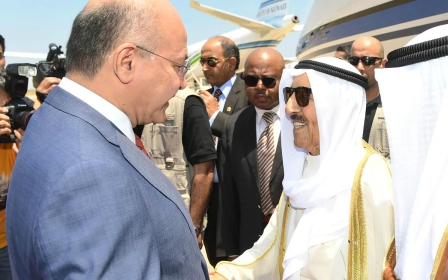