A picture taken on 1 October 2017, during a tour guided by Saudi authorities shows people walking past destruction in the Shia-majority town of Awamiya in the eastern Qatif region (AFP)
By
MEE and agencies

Violence in the area has become less common since security forces largely flushed out Shia Muslim gunmen in a 2017 campaign that left much of the old quarter of the town of Awamiyah flattened.

Qatif, in the oil-producing Eastern Province and home to a large Shia population, is a flashpoint between the Sunni-dominated government and minority Shia complaining of discrimination and marginalisation. Saudi authorities deny those charges.

The two people killed on Monday in the village of al-Jish had refused to surrender and then opened fire on security forces, Al-Arabiya reported, citing unnamed security sources. Activists on social media said the death toll was higher.

They had been wanted over alleged disruptions to security and development projects in the area, it added.

Unverified photographs shared earlier on social media showed a bloodied body carried in a tarp by men dressed in fatigues, and homes pockmarked with bullet holes.

An online video appeared to show a military vehicle firing in a residential area:

Dozens were killed in 2017 during attempts by the Saudi authorities to eliminate gunmen in the historic Musawara district of the town of Awamiyah, including a three-year-old boy who died after a Saudi armoured vehicle fired on his family car. Al-Jish, where the two people were killed, is a 20-minute drive from Awamiyah.

Awamiyah was targeted for demolition as part of a so-called renovation project. Locals reacted with anger and demonstrations, which eventually led to the district being placed under lockdown.

As many as 30,000 people were thought to have fled, while power to the town was cut.

In April 2017, the United Nations called on the Saudi government to halt the project, warning that it threatened "the historical and cultural heritage of the town with irreparable harm".

“Residents have been pressured in many ways, including through power cuts, to vacate their homes and businesses without adequate alternative resettlement options, leaving them at best with insufficient compensation and at worst, with nowhere to go," said the UN special rapporteur on the right to adequate housing, Leilani Farha.

Shia protests and deadly militant attacks on security forces have escalated since Nimr al-Nimr, a Shia cleric critical of Saudi Arabia's ruling family, was executed three years ago on charges of inciting violence. 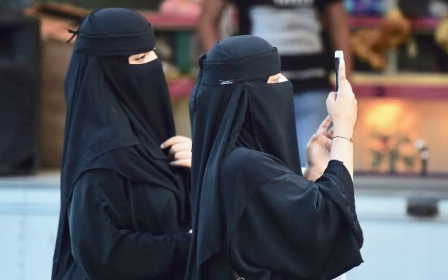