Lebanese counting the cost after huge flooding in Beirut 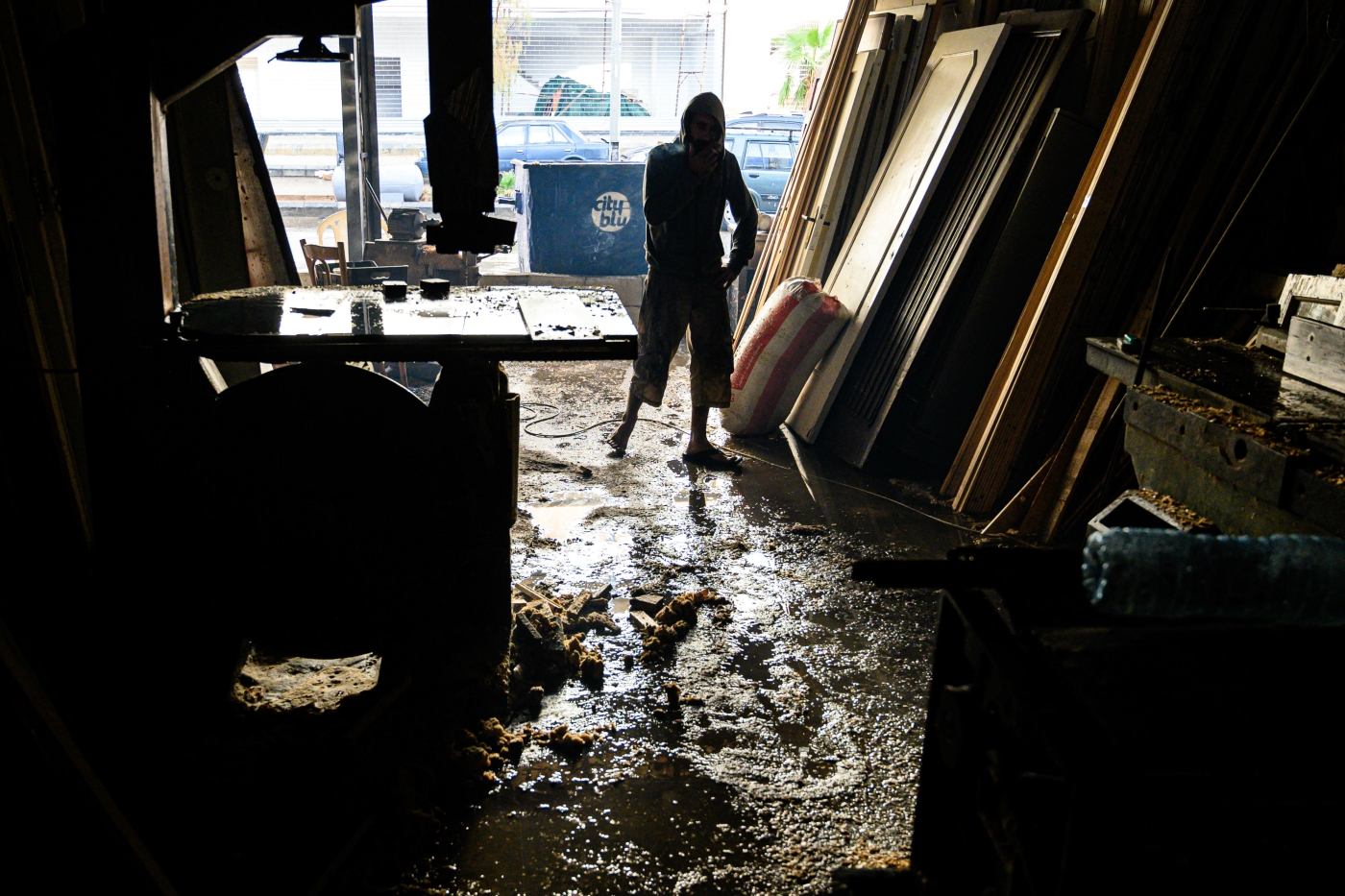 A man assesses the damage to a carpenters’ shop, with sawdust and sludge covering the floor (MEE/Finbar Anderson)
By
Finbar Anderson
in
Beirut

When the waters finally receded, Lebanese in the south Beirut suburb of Jnah were left looking at a carpet of brown sludge and stains running up every wall.

“The guys and I have been working for hours to clean this up,” said Mohammad, a 22-year-old man working in a glazing shop. He swept as he talked, a grim look on his face as he assessed the damage to his stock.

Everything from power saws to wood had been swept away in the flooding that hit the neighbourhood on Monday. Rains turned the roads into rivers, with Mohammad estimating the water reaching a height of around 1.5 metres.

The damage to the tools and glass ran well into thousands of dollars, he estimated.

Massive flooding in parts of #Lebanon today. This from the Jnah area on the outskirts of Beirut. pic.twitter.com/5Sf6nrCgT9

Mohammad’s neighbour, also a glazier, cleaned his store wearing just one shoe. The other had been swept away, along with much of his stock.

That which hadn’t been lost to the waters was ruined. He held out his sodden receipts book, showing how ink and pages had been moulded together into one mass.

In a nearby carpenter’s shop, every one of its four large saws was now broken.

Damp sawdust covered the floor and the planks of wood lining the walls all bore a distinctive mark where they had been soaked in floodwater.

For many Lebanese, the flooding is yet another example of their leaders' chronic mismanagement of the country - a situation that has taken protesters to the streets daily since 17 October.

“The state, the government, doesn’t do anything,” a passerby said.

While the neighbourhood has flooded before, Monday’s storms were particularly severe.

“It usually happens once or twice a year, but this is the first time we’ve had to send the children home,” said Taghrid Hussein, the headmistress of a local school. The few children that remained in the early afternoon helped to sweep water from the school’s entrance.

This political class has turned Beirut into the Venice of the Middle East pic.twitter.com/q4Aapdayvl

Hussein explained that staff had to cut electricity due to extensive flooding, and students had to stay inside as the playgrounds were ankle-deep in water. The ageing building is in urgent need of repair, but the school’s budget doesn’t stretch far.

Families aren’t regularly paying fees, and while the school used to receive a grant from the government, Hussein said it hadn’t been received for four years. The roof outside her office leaked persistently, and the school’s stairwell bore signs of severe damp. 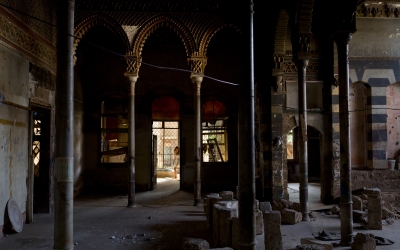 Inside the abandoned buildings of Beirut, forgotten by the world
Read More »

A flood in nearby Ramlet al-Baida last year, in which a major sewer and storm drain burst onto the street, caused a war of words between Beirut’s mayor and the local municipality as officials traded blame.

The local municipality may be partly at fault for Monday’s flooding, said Nadim Farajalla, director of the Climate Change and Environment Programme at the American University of Beirut’s Issam Fares Institute.

Rubbish on poorly maintained streets can be swept into drains, causing them to clog, Farajalla said, adding that they “would work if they were properly maintained”.

MEE has reached out to the local mayor for comment.

However, Farajalla also noted that the growth of informal housing in the surrounding area might also be responsible. Residents in such areas often dispose of waste via storm drains, rather than regular sewers. Faced with bad smells from such drains, local residents then block them off, preventing them from draining properly in the event of heavy rainfall, Farajalla explained.

For Mohammad, the immediate concern was not who was responsible for the flooding, but how he could most quickly get the business operational again. 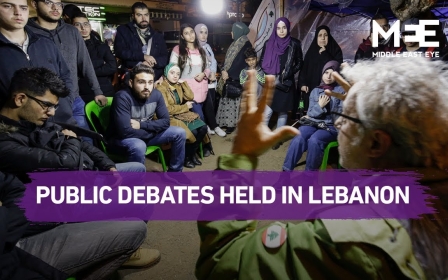 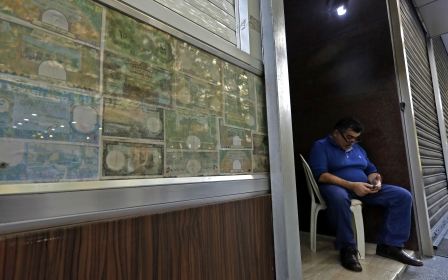 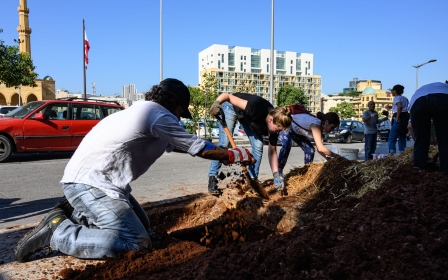