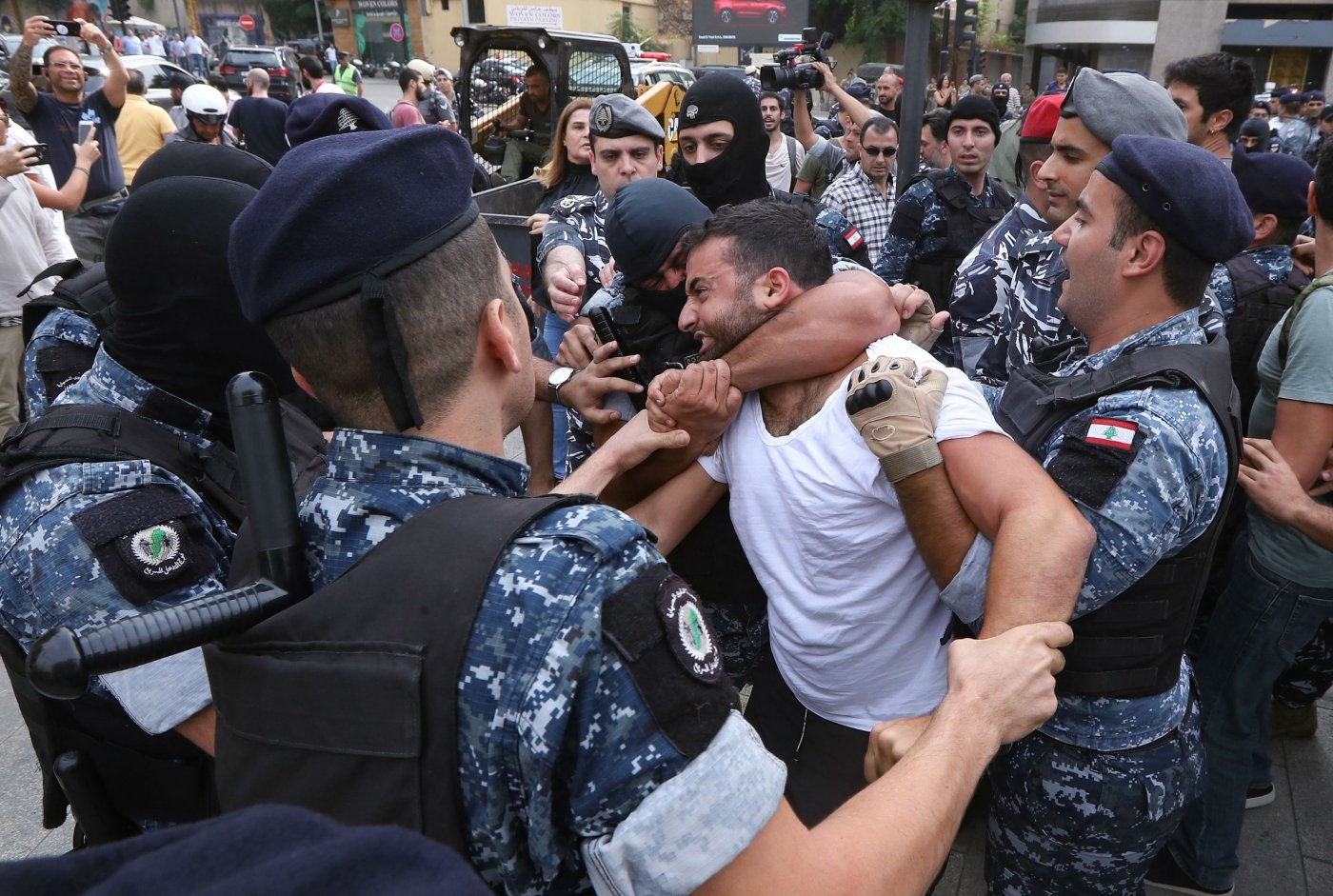 Members of the Lebanese security forces try to remove one of the protesters blocking a major bridge in the centre of the capital Beirut (AFP)
By
Heba Nasser
, Daniel Hilton
in
Beirut

Lebanese protesters refused to move from their roadblocks on Saturday, the 10th day of protests that have brought the country to a standstill.

Demonstrators have choked main roads across the country, calling for the government to resign and the country’s myriad problems to be addressed.

On central Beirut’s Ring Bridge, protesters staged a sit-in throughout the day, with the security forces half-heartedly attempting to clear them.

Local media reported that in Lebanon’s north, however, security forces fired into the air as they attempted to open a road near Tripoli.

'I’m afraid of what’s to come, there may be a crackdown in the future'

Charbel Shaaya, 18, said women protesters have been placed on the frontlines to deter security forces from using violent methods to clear them.

“When the police saw they weren’t getting anywhere they left,” he told Middle East Eye from the Ring Bridge that connects Downtown Beirut to the capital’s west.

“I’m afraid of what’s to come though, there may be a crackdown in the future.”

As the evening approached, more and more Lebanese descended on the city centre.

Some sang “bread, freedom and social justice” in Egyptian slang, a nod to Egypt’s 2011 protest.

Others sang “the people want to bring down the regime”, echoing the demands of the Arab Spring protests that erupted the same year.

Nationwide protests broke out 17 October in response to government attempts to tackle an economic crisis with a series of taxes that would hit Lebanese pockets.

Frustrated with the corruption, growing poverty and instability that has blighted Lebanon in recent years, protesters have massed in squares in several major cities and towns.

Maryam, 26, has been blocking the roads since the first day of demonstrations, and has set up pickets in Zouk, Jal al-Dib and now Beirut.

“We will remain until our demands are met: the resignation of the government, removing bank secrecy and the prosecution of all those who brought us to this mess,” she told MEE.

Leaders such as Prime Minister Saad Hariri, President Michel Aoun and Hezbollah Secretary-General Hassan Nasrallah have attempted to placate the protesters, but as yet their overtures have been unsuccessful.

Scores of students and university staff marched between universities in the city’s west, before descending on the Ring Bridge.

Jana, a 20-year-old student, said the politicians’ speeches were ineffectual.

‘Their words were meaningless,” she told MEE.

Though the atmosphere in Beirut was largely peaceful and celebratory, with free manakeesh flatbreads handed out and talks given in an abandoned modernist cinema, reports emerged that the army had resorted to violence while clearing a road in Beddawi north of Tripoli.

In a statement, the army said it was implementing a plan to reopen the country’s main arteries “while safeguarding the safety of protesters”.

Banks, schools, universities and many businesses have remained shut since protests began. 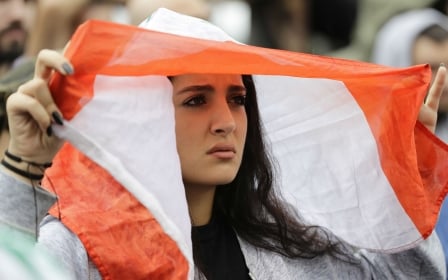