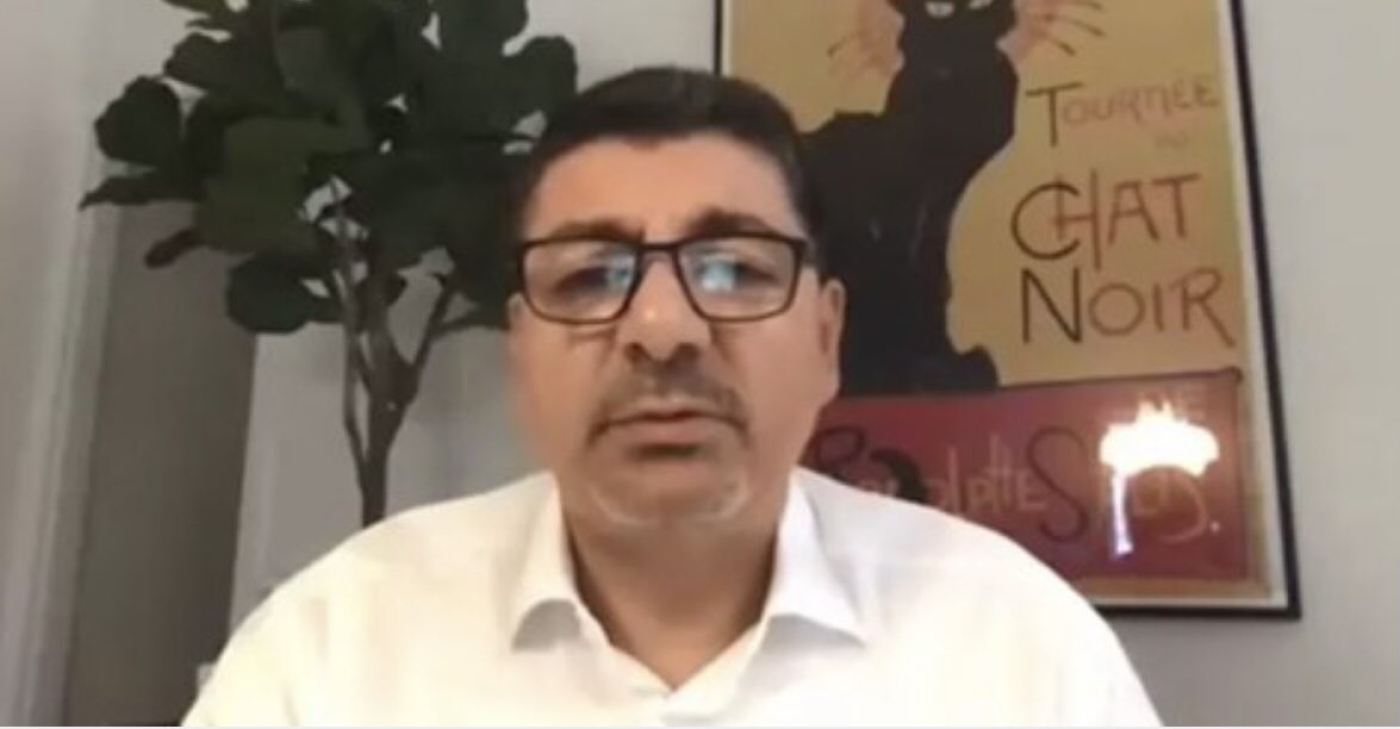 Bahaa al-Hariri, the brother of the Lebanese Prime Minister-designate Saad Hariri, backtracked on an interview with an American media outlet, saying that he did not know the nationality nor the residence of the Israeli reporter.

Under Lebanese law, it is illegal for citizens to deal with Israel in any form, including media interviews, as it is regarded as an enemy state.

In the interview with Axios' Barak Ravid, a prominent Tel Aviv-based Israeli journalist, Hariri said: “We have issues between us and the Israelis and we have to resolve them, but at the end of the day we need to have peace. I want my children to live in peace, not war.”

In October, Lebanon and Israel started negotiations to settle their disputed maritime border.

'We have issues between us and the Israelis and we have to resolve them, but at the end of the day we need to have peace. I want my children to live in peace, not war'

Hariri said: "This is a positive thing for Lebanon, but we have to make sure it doesn’t give Hezbollah any breathing space."

Bahaa and Saad are the sons of former Lebanese prime minister Rafik Hariri, who was killed in a 2005 car bomb widely blamed on Hezbollah. Saad Hariri is currently in negotiation with Lebanese political parties, including Hezbollah, in an attempt to form a government to tackle Lebanon's critical economic crisis.

Soon after publication on Tuesday, Bahaa backtracked, insisting he would never have agreed to the interview had he known the nationality or residence of the reporter.

“The American media institution Axios called [Hariri] and asked him a few questions about the political situation in Lebanon, and he answered it without knowing the nationality nor the residency of the journalist who conducted the interview,” a statement by Hariri's legal office said. “If he knew… he would have refused to do the interview.”

Hariri, who was politically sidelined for 15 years, is attempting a comeback in Lebanon’s political arena. The business tycoon with a net worth of $2bn began criticising corruption since anti-establisment protests broke out in October 2019.

He does not hold any official political or governmental positions and is not thought to be close to his brother Saad.

Bahaa Hariri is close to Saudi Arabia and he was reportedly ready to replace his brother as Lebanon's most prominent Sunni politician in November 2017, after Crown Prince Mohammed bin Salman kidnapped Saad in Riyadh and forced him to resign on TV.

The incident backfired in Lebanon and generated sympathy for Saad from parties across the board, including Hezbollah. Saad eventually returned to Beirut, rescinded his resignation and has been politically active ever since.

There are multiple reports that Saudi Arabia is considering normalising ties with Israel, following agreements reached with the UAE, Bahrain and Sudan.