Beirut: A day in the life of a 'ghost city'

Lebanon's multiple crises have left its citizens traumatised and struggling to survive, with the young suffering the most 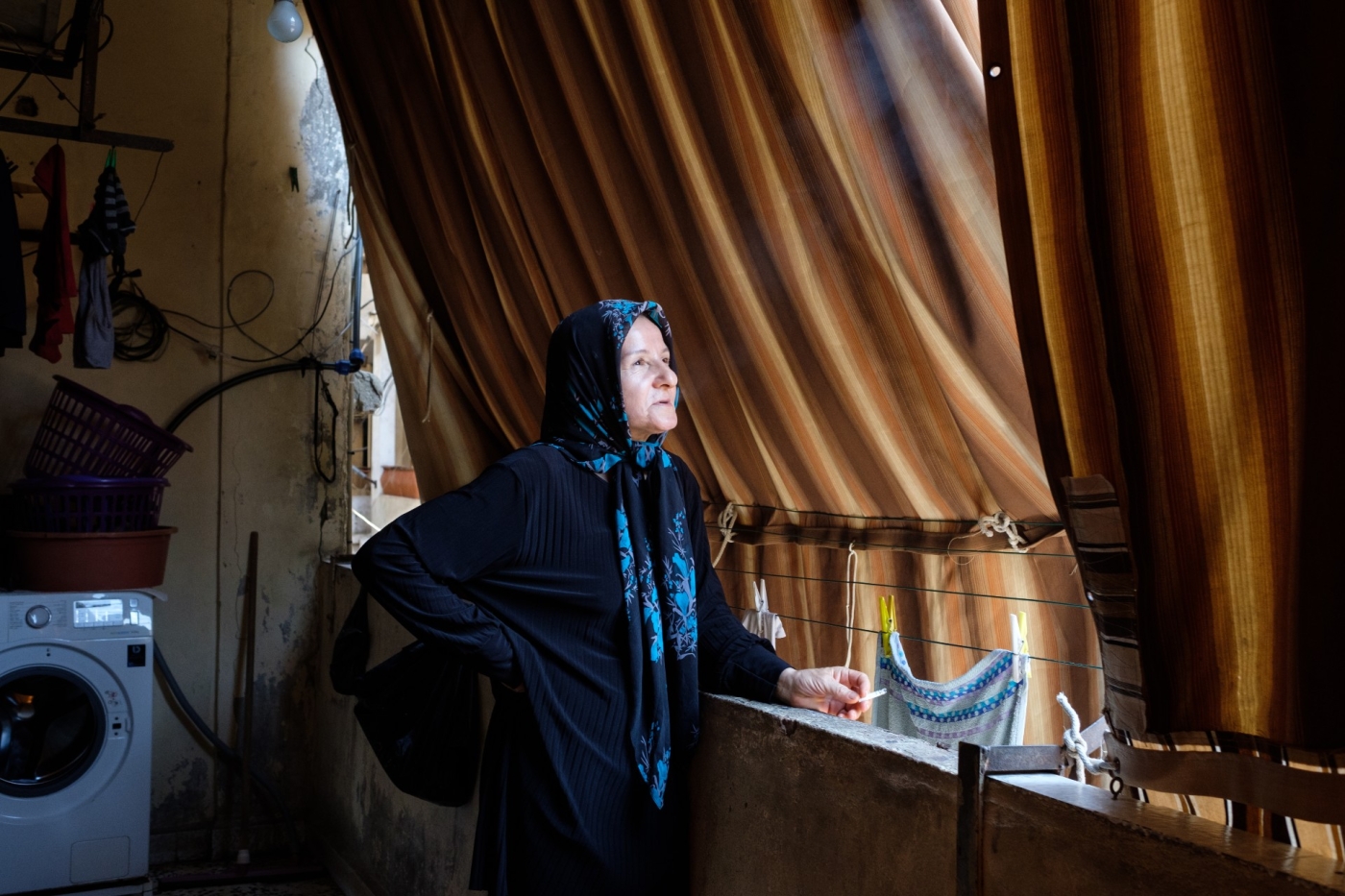 Fatima takes a cigarette break on her balcony in Hay el-Sellom while her son, Ali, sleeps inside, 6 July (MEE/Rita Kabalan)
By
Kareem Chehayeb
, Rita Kabalan
in
Beirut

Fatima* takes a drag from her cigarette as she looks outside her window in her one-bedroom flat in Hay el-Sellom, south of Lebanon's capital Beirut, which she shares with her husband, daughter and three sons.

The 59-year-old says her family has always lived modestly, but the past year has forced them to make sacrifices they had never imagined.

These days state electricity only comes on for about an hour a day, she says. Luckily, they have often managed to keep the lights on because her private generator provider has allowed her to pay in instalments.

'People are barely able to afford food, so they’re not going to frequently buy clothes'

Fatima’s 63-year-old husband works at a warehouse, where he once made about $667. With the Lebanese pound having lost about 90 percent of its value, in an unprecedented financial crisis, his salary is now worth just over $50. Meanwhile, she works the odd job to help cover some expenses.

As Lebanon experiences some of the highest food inflation in the world, Fatima and her family cannot afford meat like they once did. They now live on a diet primarily of potatoes and lentils. Sometimes Fatima and her husband go without food just so that their children can have more.

Over three quarters of the Lebanese population does not have adequate food at home, Unicef said in a recent report.

Fatima’s youngest son Hussein, 17, works for 10 hours at a juice-and-ice-cream shop, trying to scrape together whatever money he can.

“He eats just one meal a day and has lost weight, he’s 60 kilogrammes and 1.80 metres tall,” Fatima says. 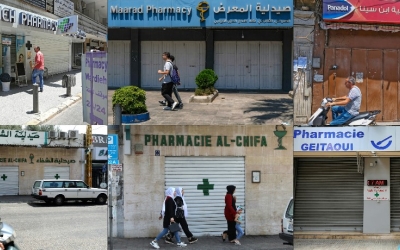 Hussein cannot come home every night after work, his mother says, because “thugs” roam the streets and there are very few public ride-share vans at night because of the crippling fuel crisis, so he often stays with his aunt, who lives by herself and doesn’t cook very often.

Fatima’s 20-year-old son Ali is disabled and cannot work and her eldest son, 32, is struggling to find regular employment, but she is hoping her daughter, now engaged, will soon live a better life.

“Hussein spoke to me today and cried on the phone, saying he cannot handle it anymore and wants to come home,” Fatima says, trying to hold back her tears.

“He said if I would make rocks he would eat it.”

Fuel shortages dramatically worsened in economically shattered Lebanon in June, turning trips to the gas station from a mundane chore to sheer anxiety.

At a gas station in Furn el-Chebbak, a familiar scene unfolds on a hot and humid morning. A few dozen drivers had been waiting for hours in a long queue for their turn to fuel their cars, when suddenly the station’s attendants started ushering them away. The electricity generator had broken down, they said, and since there was no state electricity that day, the gas station can no longer accommodate them.

“Liars!” one driver shouts, as he zooms off. One motorcycle driver sat, shocked and motionless, for a minute before whizzing off, yelling: “Screw this country!”

Just a few days ago, at that same gas station, an argument between drivers had led to clashes, with some firing live rounds.

Michel*, 45, and Pascale*, 35, sit outside their partially restored home that was destroyed in the Beirut port explosion almost a year ago. The blast had flattened much of the surrounding area, including the semi-industrial Karantina, destroying lives, homes and businesses.

It is too hot inside the house, and they can only afford to pay for just enough additional electricity to keep the lights on and the fridge working. Michel and Pascale both grew up in Karantina, in northeast Beirut, where they met, fell in love, and started a family. Now they are doing everything they can to support their five-year-old son and six-year-old daughter.

'Why should I leave and let the rulers continue to steal? I won’t leave. Even if I have to starve'

“Sometimes we sell some things, like jewellery, to keep things going,” Michel says. “You pay more than half your income for electricity generators.”

The blast destroyed their home and Michel’s clothing store - his key livelihood.

“I spend my days running around trying to sort out the reconstruction,” he says, although he fears that reopening his store will be a massive economic burden.

“People are barely able to afford food, so they’re not going to frequently buy clothes,” Michel explains, just as the power went off.

“If we open the store, we have to factor in costs of electricity, rent, employees - but how can we pay if we’re not selling anything?”

Pascale interjects when her husband says he’s willing to sell more jewellery and family heirlooms to try to start a more service-based business, and is also considering leaving the country.

“But why should I leave and let the rulers continue to steal?” she says. “I won’t leave. Even if I have to starve.”

The family suffered hugely in the explosion. Michel's sister, Arlette, 63, was caught up in the blast and suffered a head trauma - she has lost the ability to speak, and is now being looked after by nuns at a care centre. Michel said the hospitals did everything they could for his sister and it’s “up to mar Charbel” now to help her, referring to a local saint. However, Arlette's ongoing care is a financial burden for the family.

Michel’s mother also lost her home in the blast, and his sister’s pharmacy was destroyed.

A few kilometres west of Karantina, residents of the once lively Hamra say the popular area has become a gloomy place filled with the sound of generators.

Jana Mawed, a 25-year-old Palestinian, loved the bustling life of Hamra Street, where she studied and now works.

“It was the street that never sleeps. Everything was so accessible,” she says.

Now, Mawed adds, she no longer sees familiar faces in the streets and going out at night doesn’t feel as safe as it used to, especially with power cuts plunging the area in darkness.

When the currency crisis kicked off in late 2019, Mawed added something new to her daily morning routine: checking the exchange rate on apps and websites.

“I would obsessively keep checking,” she says. “I had hope that things would become stable again soon.”

Mawed feels fortunate to be employed at a time where many people her age are struggling to secure an income and opting to emigrate instead. However, the responsibility of looking after her mother, who lives in the southern city of Saida, where she grew up, has added to the pressure she’s under. 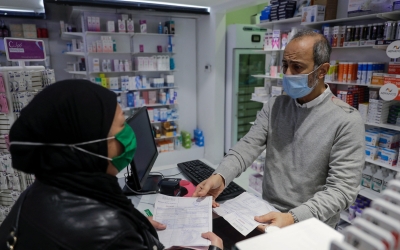 The situation has become so overbearing, that they both no longer watch the nightly news as they once did, but keep themselves distracted with television series.

The crippling financial crisis has strained Lebanon’s youths, with many unable to find employment and others being forced to work more than one job to make ends meet. In a report last year, Unicef said 34 percent of young people in Lebanon are unemployed.

At 24, Yara never expected to have to juggle between three jobs, even after growing up in a modest household.

After graduating last year, her plans to move to the Gulf to be a teacher did not work out. Yara now works at least 13 hours a day, barely finding enough time to eat and sleep. During the weekend, she focuses on her online thrift shop. Like countless others, she’s looking to leave Lebanon.

“It was a disaster not being able to get a teaching job,” she says. “But secondhand clothing has long been a part of my life, so I thought why not make it a business?”

Life in Beirut has drastically changed, along with most of the country. Walking around the capital's streets, the change in the atmosphere around the cafes, bars, pubs and restaurants that managed to stay open is tangible, even beyond the inflated prices and constant power cuts.

“What’s the price of a yoghurt today?” someone is heard asking his friend at a cafe in Hamra.

Over at a bar in Gemmayze, patrons interrogate one another about whether or not they were able to fill their cars with gas that morning.

“We don’t have opportunities to talk about positive things - we can’t not talk about the dollar, theft, fuel and medicine shortages,” Mawed says.

“Unfortunately, these are now our conversations.”

With no economic recovery and resolution in sight, the facade of the lively city of Beirut reflects the low morale most of its residents feel today.

“Beirut feels like a ghost city,” Mawed says. “I feel forced to be here.” 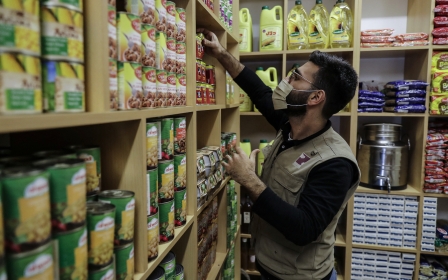 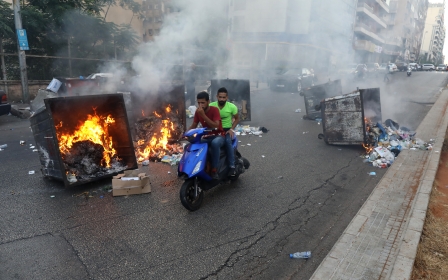 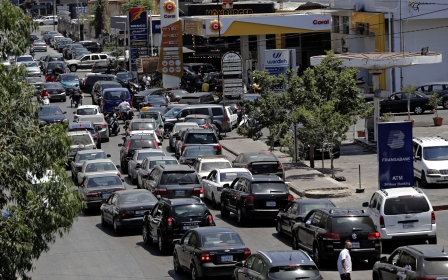