After years of political stalemate, Lebanon is making progress in tapping into its offshore oil and gas resources Seagulls fly past an oil tanker docked off Lebanese shores, in the area of Dora on the northern outskirts of Beirut, on 25 January 2012 (AFP)
By
Chloé Domat

A total of 53 companies were approved to bid for Lebanon’s first oil and gas licensing round, with the final list published late last month by the Lebanon Petroleum Administration (LPA), a regulatory body which falls under the ministry of energy and water.

The list, which is composed of 45 companies prequalified in 2013 and eight newly accepted ones, includes international giants such as Total, Exxon Mobile, Shell or Statoil as well as smaller companies from around the world - and one Lebanese.

Companies in the oil and gas business in Lebanon have been at a standstill following the resignation of prime minister Najib Mikati's government in 2013.

But the oil and gas sector returned to the spotlight in recent months amid a disagreement with Israel over maritime borders and at a time of rising tensions between Israel and the Lebanese militant group Hezbollah.

Despite these challenges, Lebanese Minister of Energy and Water Cesar Abi Khalil said while speaking at the 18th International Oil Summit in Paris on 29 April: "The chances of success and opportunities for commercial gains in Lebanese waters are promising and have helped attract companies."

The 53 selected companies now have until 15 September to place their bids. The first exploration contracts are expected to be signed before the end of 2017.

Middle East Eye contacted all 53 of the selected firms for comments. Eight of them replied but all refused to discuss their projects for Lebanon.

“We will not be providing a comment for your story,” said Todd Spitler, operations media advisor at the American Exxon Mobile Corporation.

“Please note that at this stage we are not in the position to go into further details,” replied Robert Lechner, spokesperson for the Austrian OMV Aktiengesellschaft.

Lebanon’s reserves are located on the eastern side of the Mediterranean Sea, in the Levant basin. Based on studies carried out since 2002, the Lebanese government claims it has approximately 96 trillion cubic feet (Tcf) of offshore gas reserves and 865 million barrels of oil.

With gas prices at around $3.5 per thousand cubic feet and $47 per barrel of crude oil, these resources’ worth are estimated at approximately $380 billion, which is about eight times the country’s GDP.

While these resources represent a huge potential for Lebanon, whose debt is currently slightly above 140 percent of GDP, they would not place Lebanon among the leading regional oil and gas producers. The market for gas is largely dominated by Iran and Qatar followed by Saudi Arabia, the United Arab Emirates and Algeria.

“The 3D and 2D seismic surveys conducted offshore Lebanon are positive and prospects are looking good, but we should be very conservative when talking about numbers and figures at this stage,” Laury Haytayan, an independent oil and gas governance expert in the MENA region, told MEE.

“The answer to ‘how much oil and gas are we talking about?’ is ‘we don’t know’. We will only know when we start drilling,” he added.

Furthermore, it is not clear how much of the oil and gas reserves in Levant basin belongs to Lebanon as the natural gas reserves are spread among Egyptian, Israeli, Cypriot and potentially Syrian and Turkish territorial waters.

Defining the boundary between Israeli and Lebanese waters has been particularly tricky with 850 square kilometres of disputed territory which is rich in coveted natural resources like gas and oil.

Lebanon and Israel are going to go to war

After negotiations to resolve the issue failed in 2013, Israel continued to exploit the gas on what it considers its side of the boundary.

In March 2017, tensions rose again after Israel claimed in March that the maritime area off the coast of the Israel-Lebanon border is "Israeli territory," thus should be placed under Israeli sovereign control.

Israel announced that it would propose a maritime areas law to try and impose its sovereignty on the disputed areas before Lebanon could assign their licenses to international companies.

“Lebanon and Israel are going to go to war,” Abdul Rahman Chehaitli, a general in the Lebanese army who participated in the 2013 negotiations told France 24 last week.

Nabih Berry, speaker of the Lebanese Parliament, referred to this dispute as the “Chebaa farms of the sea” in reference to another disputed land area where Israeli and Lebanese militaries regularly clash.

“If [Israel] continues with its expansionist plot through the government and the Knesset, that means that the spark of war is looming on the horizon,” he told Lebanese media.

“We, on our side in Lebanon, will not be quiet and we will not accept any compromise on our people’s rights to these resources.“

Lebanese officials continue to assert that the entire triangle of territory falls within Lebanon's Exclusive Economic Zone, and that Israel's taking of it would be tantamount to violation of Lebanese sovereignty.

The recent buzz over oil and gas exploration in Lebanon is the result of a long and complicated process. In 2013, the country launched a first licensing round but the 46 pre-qualified companies were not able to bid as Lebanon then lacked a complete legal framework for them to do so.

At the time, the country was going through a severe political crisis. It went 29 months without a president and the parliament was unable to pass laws.

The election of a new head of state at the end of 2016 put an end to the institutional deadlock. In January, the cabinet of ministers signed two decrees completing the legal framework needed to start oil and gas exploration.

“Today, the Lebanese government is determined to go through with the first round of oil and gas tenders in a transparent fashion. We are hopeful that this will bring about a new economic reality,” said Lebanese Prime Minister Saad al-Hariri during the Oil and Gas Forum held in Beirut last March. The forum is an annual gathering where experts from the public and private sectors exchange perspectives on Lebanon’s energy sector.

But Hariri’s enthusiasm was again overshadowed by political difficulties in April, when President Michel Aoun suspended parliament’s activities, temporarily blocking proposed plans to extend parliament's term for the third time in a row since 2013.

Despite the turbulence, Lebanese Minister of Energy Abi Khalil remained positive, claiming that renewed political uncertainties will not affect the oil and gas file.

"I am sure and certain that all the political parties are determined and are committed to make this licensing round succeed," Abi Khalil told Reuters earlier earlier this month.

According to the new laws, oil companies will be able to explore offshore reserves during five years. The exploration could start as early as 2018, after the contracts are signed. Also, if the companies find oil and/or gas in commercial quantities, they are expected to present a proposal to the council of ministers who can then allow them to exploit for 25 years. This agreement can be renewed for another five years if additional investments are made by the company.

Companies are required to pay 4 percent of the gas produced as royalties to the state. The remaining revenues will be split between the state and the companies following proportions to be determined during the bidding phase.

But even if the companies reach that stage, it is only the first step of a long process.

“The exploration alone can last up to five years. The companies will then put together a development plan and it could be a good ten years before anything is produced,” said Rached Ghanem, general manager at Lampion Oil and Gas Services, a company which has recently expanded its business to offer services for the Lebanese oil and gas sector.

Even if it takes time, the oil and gas sector could be a game changer for the Lebanese economy.

“As an oil importing country, we have been dependent on fuel imports to fulfil our domestic consumption. This has rendered our balance of trade highly sensitive to fluctuations in international oil prices,” explained Hariri during the March 2017 forum.

Domestically produced gas could allow Lebanon to save money on imports and improve its electricity supplies. Currently, the country does not have enough electricity and suffers from daily power cuts.

Additionally, the oil and gas exploration raises hopes for employment. To make sure the energy sector will benefit the Lebanese people, the new law forces oil companies to hire 80 percent Lebanese staff and give preference to local goods and service providers.

“There are many young Lebanese who have gained experience abroad and are enthusiastic to come back to Lebanon and contribute in the sector," oil and gas expert Haytayan told MEE. “The Lebanese government should put in place a mechanism to oversee the hiring process - it should not be left to the good will of the companies.”

“Moreover, there should be a plan and a strategy put in place by the government and the private sector to develop local businesses related to the oil and gas sector,” she added.

Others are more cautious.

“Even 30 years from now, if Lebanon is a regional gas powerhouse, the oil and gas sector will not be an economic pillar the way banking and tourism are. While there will be direct job creation, exact numbers are hard to predict, but thousands and thousands of jobs is an unrealistic expectation," wrote journalist Matt Nash in a piece for the Lebanese monthly Executive.

But some in Lebanon worry that the extra revenues generated by the energy sector might have a negative impact on the economy.

“We do not know what the state will do with the money collected. If it is not well spent, there is a high risk of inflation,” said Jad Chaaban, professor of economics at the American University of Beirut (AUB).

“There are also safety and environmental risks associated to the drilling phase, explained Mona Sukkarieh, general manager at Middle East Strategic Perspectives, a risk consultancy specialised in energy issues. “Any leak could cause contamination in the sea and on the coast.” 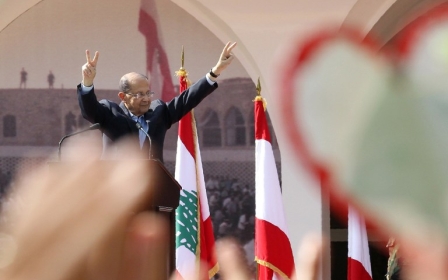 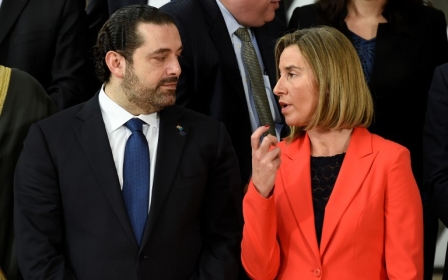 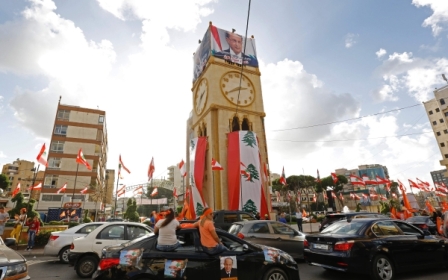