Lebanon finds remains believed to be of soldiers kidnapped by IS A top Lebanese security official said on Sunday that authorities had located human remains believed to belong to troops kidnapped by the Islamic State (IS) group three years ago.

The announcement came hours after the Lebanese army declared a ceasefire deal with IS along the border with Syria in exchange for information on the missing soldiers.

The head of the General Security agency, Major General Abbas Ibrahim, said IS militants who had surrendered led his agency and the Lebanese Army to the remains.

"We have removed the remains of six bodies. We are expecting the number to go up to eight," he told reporters gathered in Beirut.

"We believe that these remains belong to the soldiers."

The troops were among 30 soldiers and police kidnapped by IS and al-Qaeda's former Syrian affiliate when they overran the Lebanese border town of Arsal in August 2014.

Four were killed by their captors and a fifth died of his wounds while 16 were released in a prisoner swap in December 2015.

The army has said the missing troops were its "top concern" in its offensive against an estimated 600 IS militants in the hilly border region.

The missing troops were numbered at nine, but Ibrahim on Sunday only referred to the bodies of eight people and did not give details on a ninth.

He said the remains would be subject to DNA testing to ensure their identities but that he was "almost certain that the case is closed".

The top official spoke in central Beirut after informing the soldiers' families of the developments.

Relatives of the hostages had gathered for hours in the blistering heat on Sunday to await news of their loved ones, sitting in tents they erected three years ago during protests to pressure the government to find the troops. 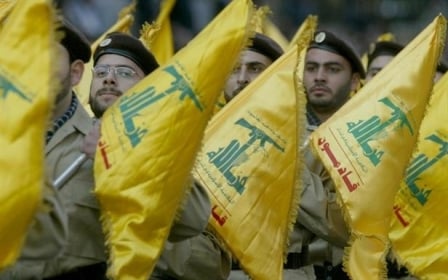