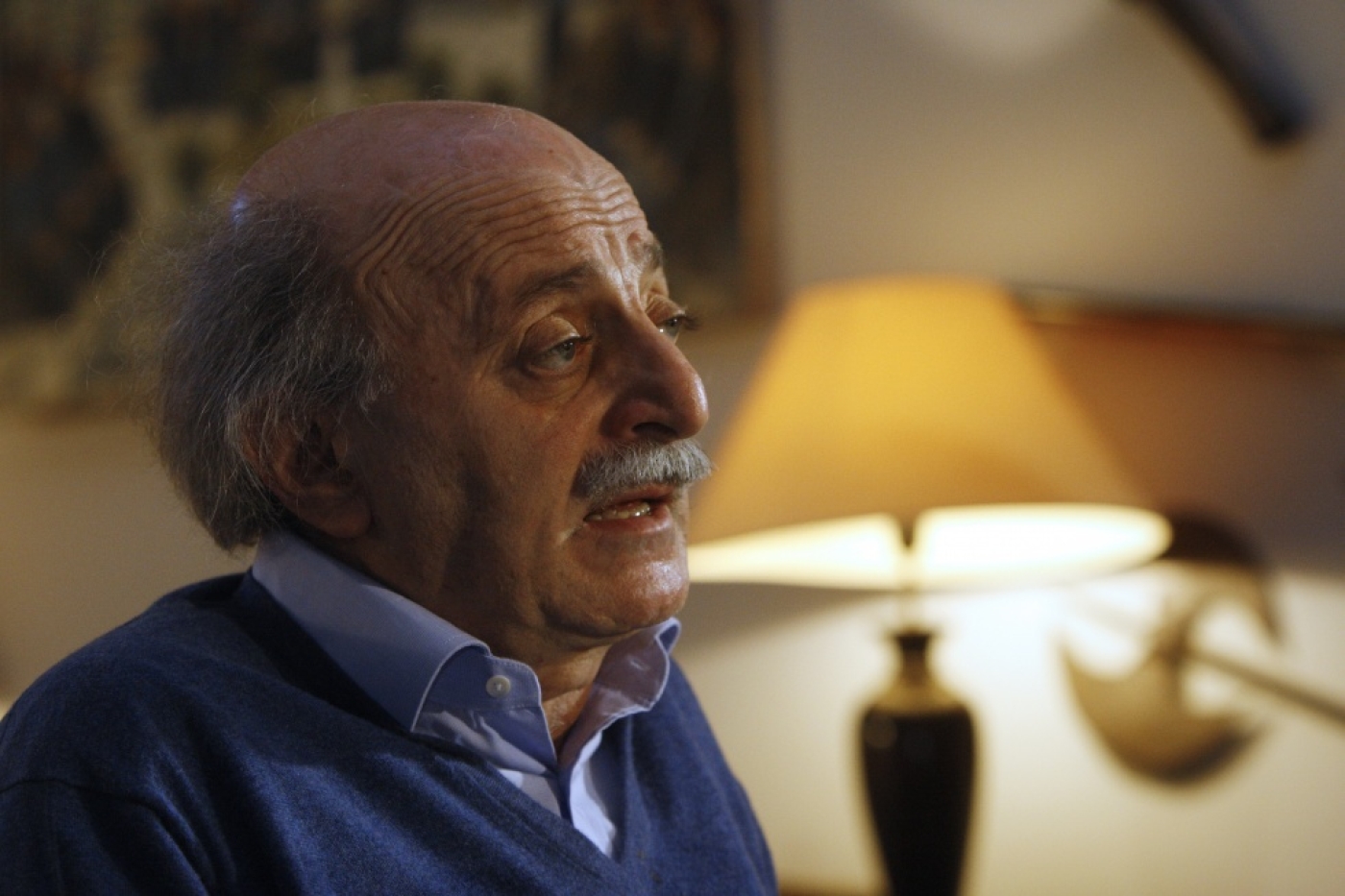 'We are proud to present a candidate of dialogue', says Jumblatt about Helou (AFP)
By
MEE and agencies

Lebanon's sometime kingmaker Walid Jumblatt announced Tuesday he is backing lawmaker Henri Helou for president, a day before parliament meets to vote on the post.

Jumblatt's decision to back Helou, who belongs to his parliamentary bloc, comes as the country's lawmakers prepare for a first round election to replace Michel Sleiman.

No clear frontrunner has emerged for the post of president.

Parliament is mostly divided between rival factions from the so-called March 14 bloc headed by Saad Hariri and the March 8 bloc, which is centred around the powerful Hezbollah movement.

A third smaller bloc is largely controlled by Jumblatt, whose vote will be crucial if the two key blocs cannot agree on a consensus candidate.

Helou emphasised his openness to all sides in his remarks, flanked by Jumblatt.

"I want to restore dialogue and partnership between all," he said.

"A strong president is one that brings together all Lebanese," he added.

Helou becomes only the second official candidate in the race, though there are no rules requiring hopefuls to publicly announce their candidacy.

Born in 1953, Helou is from an area just outside Beirut and is an engineer by training.

The other declared presidential candidate is Samir Geagea, a member of the March 14 bloc, who has received the public backing of the bloc's chief Hariri.

Despite the endorsement, Geagea is considered unlikely to win because of his fierce opposition to Hezbollah.

Hezbollah's massive arsenal and the war in neighbouring Syria - in which the group is fighting alongside the Syrian government - are two key points of contention for Lebanon's political class.

Hariri's bloc and many Sunni Lebanese support the Sunni-led uprising in Syria and are opposed to Hezbollah's involvement there, as well as its arsenal, which outstrips that of the army.

The conflict next door in Syria has pushed more than one million refugees into Lebanon. Violence has also spilled over into the country, which was dominated by Syria for nearly three decades, in the form of car bombs and armed clashes. The three-year-old war has also raised sectarian tension between Shiite backers of Hezbollah and its Syrian allies and Sunni supporters of the deadly uprising in Syria.

Wednesday's vote requires candidates to win a two-thirds majority to declare victory, but if no winner emerges, a second-round vote only requires the victor to win an absolute majority of 50 plus 1.

Observers say Lebanon's political divisions make it unlikely any candidate will win in the first round tomorrow, and a second round is likely to be scheduled.

Suleiman's presidential term will expire on 25 May.

In Lebanon, the post of president must be filled by a Maronite Christian for a term of six years, according to the country's national charter.