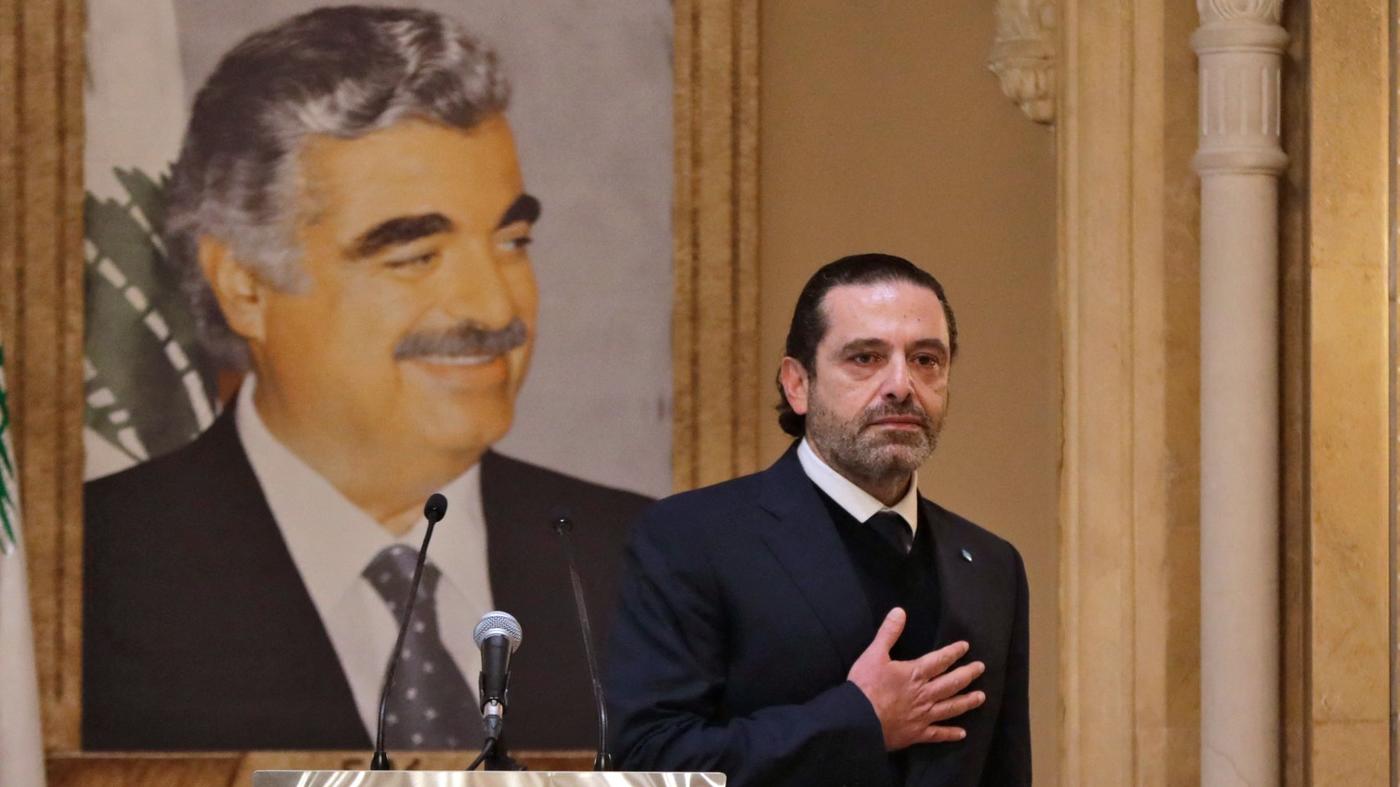 Lebanon's former prime minister Saad Hariri at a press conference in the capital Beirut, with a picture of his father Rafik in the background, 24 January 2022 (AFP)
By
Adam Chamseddine
, Mustafa Abu Sneineh

Lebanon's former prime minister Saad al-Hariri said on Monday he would withdraw from political life and would not run in the upcoming parliamentary elections.

"We will continue to serve our people, but our decision is to suspend any role in power, politics and parliament," Hariri, the leading Sunni Muslim political figure, said in a TV speech.

'I'm convinced that there is no way for any positive chance for Lebanon in the shadow of Iranian influence, international upheaval, national division, sectarianism, and state weariness'

The three times prime minister also urged his political party the Future Movement not to take part in the election.

On Monday, hundreds of his supporters flocked to Tariq al-Jdeideh, a working-class area in Beirut where Hariri's The Future Movement is based, shouting the name of their 51-year-old leader and chanting, "Allah, Hariri, Future Movement and no more."

Hariri was 34 when his father, Rafik al-Hariri, was assassinated in Beirut in 2005 while he was prime minister.

He said during his speech on Monday that his Future Movement had two goals - to prevent the resurgence of civil war in Lebanon and achieve a better life for the Lebanese.

"I succeeded in the first, and I did not have enough success in the second," he said.

Hariri also said that he suspended his political life as part of bearing responsibility for crises in Lebanon.

"And because I'm convinced that there is no way for any positive chance for Lebanon in the shadow of Iranian influence, international upheaval, national division, sectarianism, and state weariness," he wrote.

He said that preventing a Lebanese civil war had pushed him to strike political compromises with rival powers in the country and the region, which resulted in the loss of his fortune.

"Hariri's decision is the final movement of a symphony that began to be heard ever since he voiced his resignation from Saudi Arabia in November 2017," Mounayar said.

“It is clear that Hariri does not have any support from Gulf countries and especially Saudi Arabia. It is also clear that the middle ground political position that Hariri adopted in the recent years is no longer a Saudi requirement," he added.

Bilal Abdallah, an MP from the Progressive Socialist Party, a political ally to the Future Movement, said that Hariri’s decision "will have a deep negative impact on the national level," as it would remove a pillar of the Taif agreement, which shaped Lebanon's political system since 1989, affecting the national stability of the country.

“His decision will have a destabilising impact on several levels," Abdallah said, "especially in a phase of political and security turbulence all over the region."

He added that Lebanese had lived in a time "when Christians were sidelined from the decision-making scene," and that "it will be very hard to cope with a similar phase with what the country is going through now on the economic and social levels."

Meanwhile, several politicians have expressed their "sadness" at Hariri's decision.

Walid Jumblatt, the leading Druze politician, told Reuters the decision "means a free hand for Hezbollah and the Iranians".

He added that he was very saddened by the decision of Hariri. "We're losing a pillar of independence and moderation."

Prime Minister Najib Mikati described the decision as "a sad page for the country and for him personally."

Al-Akhbar newspaper reported that it remains to be seen whether influential figures within the Future Movement - such as Fouad Siniora, Saad's aunt and cousin Bahia Hariri and Ahmed Hariri - would agree with Saad to steer the political party away from the next election.

It noted that the fate of the Muslim Sunni community in Lebanon's sectarian power-sharing political system, which allows only Sunnis to become prime ministers, is in question.

The Hariris had dominated the Sunni sect since the 1990s. Many Lebanese figures, such as Salim al-Hoss and Rashid Karami, who led this community in the past, always felt an affinity towards Saudi Arabia as an ally.

Hariri was summoned to Riyadh and was forced to announce his resignation on TV in November 2017, a move viewed as an insult by his supporters and other political powers.

Last July, Hariri announced he was stepping down from his role as prime minister-designate, a position currently occupied by Najib Mikati.

Lebanon's economic crisis is deepening since the Beirut port blast in August 2020. The World Bank has labelled the country as suffering one of the worst economic crises in the past 150 years, with the currency losing 90 percent of its value since 2019.

The economic crisis has left Lebanon unable to import necessities like medicine and fuel, leading to a deteriorating healthcare crisis in the middle of a pandemic and wide electricity blackouts. 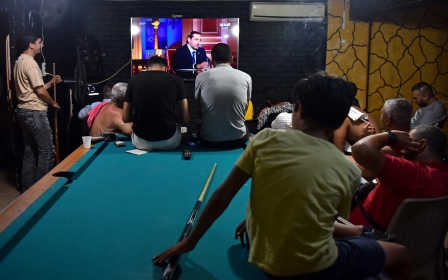 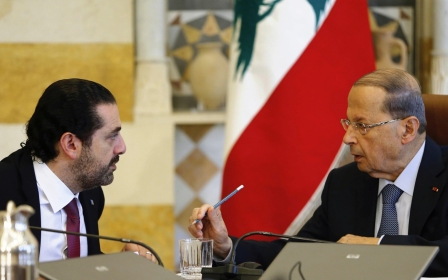