As tensions run high in Lebanon over the spillover of chaos and refugees from Syria, militants release a kidnapped Lebanese soldier 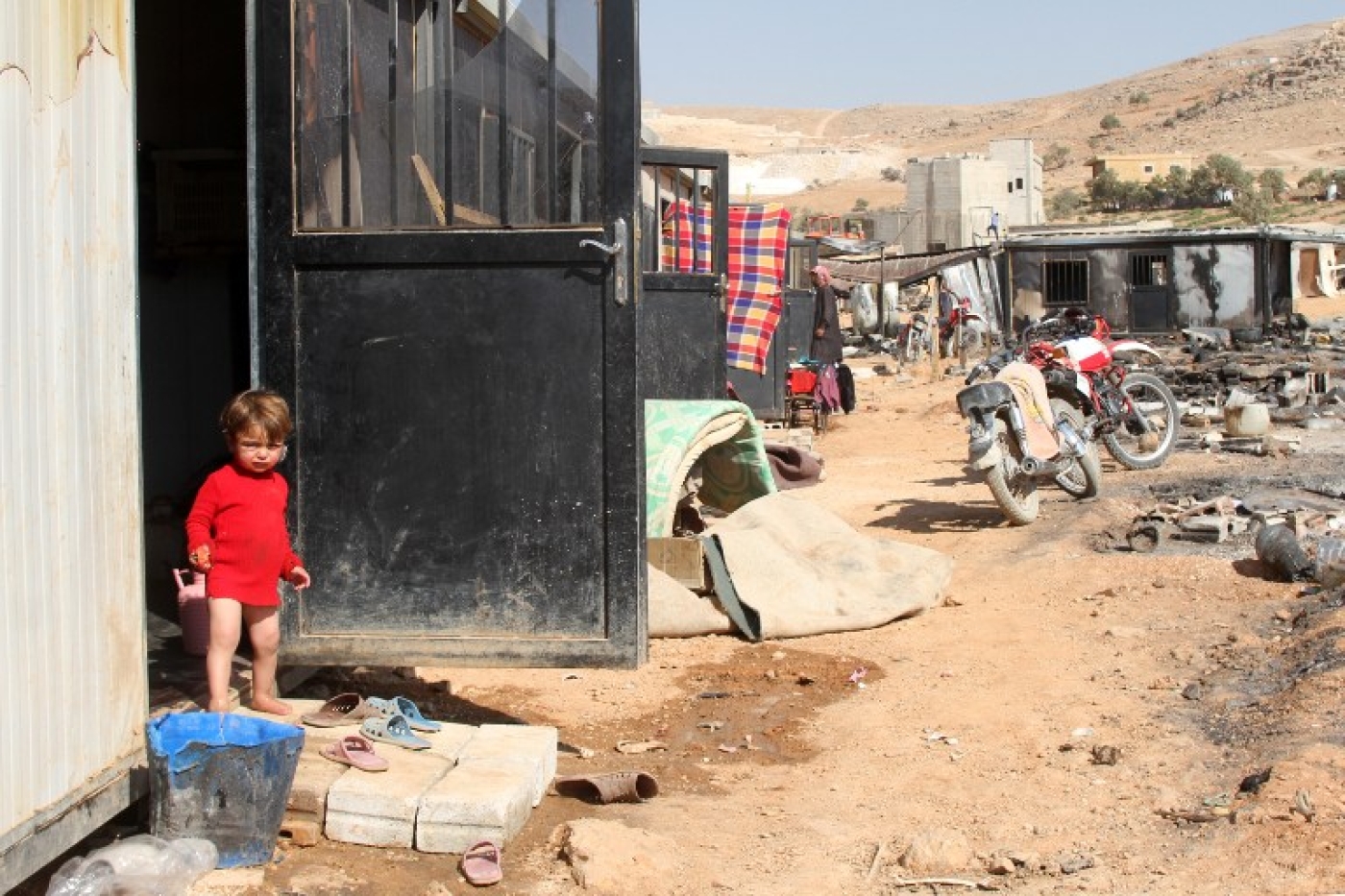 A Syrian refugee camp in Arsal, burned during August clashes between Lebanese troops and militants (AFP)
By
MEE and agencies

A Lebanese soldier kidnapped two weeks ago by militants near the Syrian border was freed late Tuesday, a military spokesman told AFP.

The spokesman, who confirmed the release on condition of anonymity, said Kamal al-Hujairi had been visiting his family when he was kidnapped in mid-September.

A security source said Hujairi was kidnapped while visiting his family in the Wadi Hmeid area, on the outskirts of the eastern border town of Arsal.

Lebanon's Daily Star identified Hujairi's captors as al-Qaeda's Syrian affiliate, the al-Nusra Front and reported that he was freed following six hours of negotiations between militants and an envoy of Qatar who is negotiating the release of nearly two dozen army and police hostages.

The released soldier, however, was reportedly not among that group of hostages, three of whom have since been executed.

Militants from the Islamic State group and al-Nusra, who fought with Lebanese troops in Arsal in August, took the hostages with them when they withdrew after a truce.

In exchange for releasing all the captives, al-Nusra has reportedly demanded a humanitarian corridor for militants in Arsal, the release of members of their group imprisoned in connection to the Arsal clashes and protection for Syrian refugees from reprisal attacks that have increased in recent weeks as tensions have risen in the country over the kidnapped security forces.

IS demands the release of Islamist prisoners from Roumieh prison, just outside of Beirut. Many of the prisoners are affiliated with the former terrorist group, Fatah al-Islam, as well as the Abdullah Azzam brigade. Others are al-Nusra members.

The families of the kidnapped soldiers and police have grown increasingly desperate, and have held daily protests throughout the country, blocking roads in a bid to draw attention to the plight of their relatives.

On Tuesday, Human Rights Watch released a report documenting a string of attacks by Lebanese residents against Syrian refugees in August and September. There are currently more than 1.1 million Syrian refugees in Lebanon which represents a more than 25 percent population increase in the country with already overstretched infrastructure.

Many of Lebanon's Sunni community, including in Arsal, back the Syrian uprising, while many Shiite Lebanese, including the powerful Hezbollah movement, support Syrian President Bashar al-Assad.

Negotiations for the release of the security forces kidnapped in August are ongoing. Lebanese local media reported Tuesday that General Security chief Major General Abbas Ibrahim left Lebanon on Tuesday for an unknown destination in an effort to free the hostages.

Lebanese troops have continued to fight militants on the outskirts of Arsal, and an attack on a military patrol in the area killed two soldiers and wounded three others on 19 September.

The looming winter season which will bring chilling conditions to the Qalamoun mountain range means that militants will likely be trying to wind down their fighting in order to seek safer, lower-elevation ground.