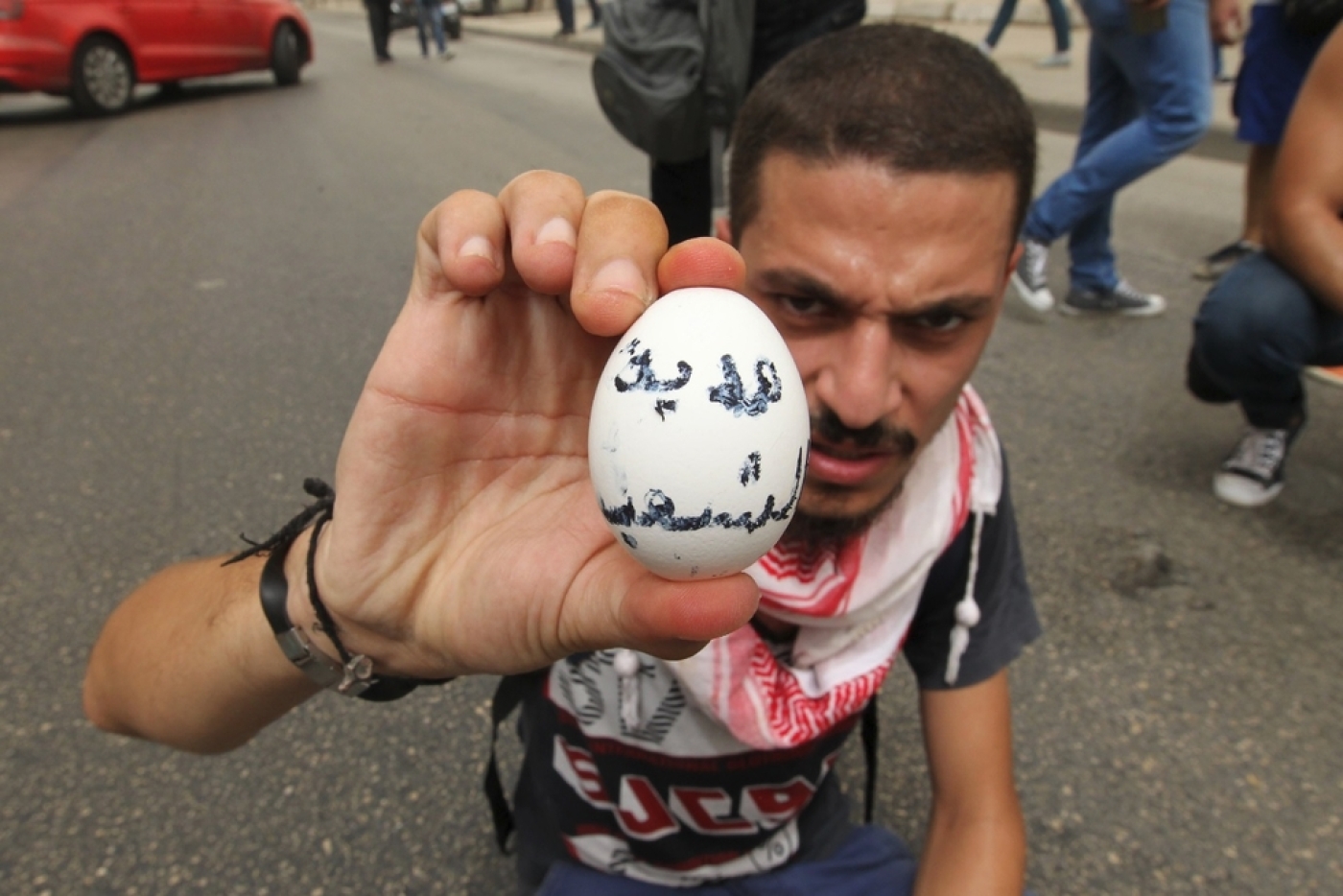 Protesters angry over a lack of basic services and Lebanon's political paralysis returned to Beirut's streets on Wednesday as party leaders met seeking to end months of gridlock.

A protest movement across Lebanon's sectarian fault lines has sprung up, initially motivated by a rubbish collection crisis but increasingly focused on the country's stagnant political class.

On Wednesday, as politicians arrived downtown, the first batch of protesters threw eggs at their convoys, chanting: "Thieves, thieves, get out!"

Parliament speaker Nabih Berri, who also heads the Shia Amal movement, called for a "national dialogue" among the main parties to discuss a stalemate that has frozen government institutions for months.

Ahead of the meeting, Prime Minister Tammam Salam said he hoped "that the participants will be able to reach an end to the crisis".

He also announced he was convening an extraordinary cabinet session at 5pm (1400GMT) to discuss the rubbish crisis.

The dialogue call has been met with skepticism by demonstrators, with various groups urging mass protests on Wednesday to denounce corruption.

Campaigners said the protests would go ahead despite an intense regional sandstorm that has claimed three lives in Lebanon.

"It was a country... but it was turned into a massive landfill! Let's all take to the streets on Wednesday to pressure all the corrupted leaders," the "You Stink" activist campaign said on Facebook.

'A lie to the people'

As the session opened, several dozen demonstrators gathered at locations downtown, ahead of a larger protest expected on Wednesday evening.

"This dialogue is a lie to the people," said Tarek Al-Maleh, an activist with You Stink.

"They've besieged us as though we were in a military barracks and confined us to a single area, but we are here to stay," he said.

Samar Mazeh, a 23-year-old student, ridiculed the dialogue as a farce.

"The dialogue only aims... to circumvent us," she told AFP.

"The trash crisis can be solved and there are many options available to countries around the world, but they don't want a solution, because trash is a goldmine for them."

Lebanon's protest movement began in mid-July as pungent garbage piled up in Beirut and its environs after the closure of the country's largest landfill.

But it has since grown to incorporate frustrations that cut across sectarian and partisan lines, including over electricity and water shortages, and endemic political corruption and stagnation.

Lebanon's political system is deeply divided between two main blocs, one led by the Shia Hezbollah movement allied with Syria and Iran, and the other by Sunni former prime Saad Hariri, who is supported by Saudi Arabia and the West.

The cabinet, formed in early 2014, has been paralysed by rivalries.

Parliament is so divided that it has failed more than two dozen times to elect a president since Michel Sleiman's term expired in May 2014, a process in which now war-ravaged neighbour Syria traditionally had a major say.

The legislature has however extended its own mandate twice since the last elections in 2009.

Berri has said his call for dialogue is an attempt to jump-start these institutions and Wednesday's session was expected to focus on the issue of the presidency.

But leading political figures warned of failure ahead of the talks.

"This government is not able to respond to the demands of the Lebanese," said Sami Gemayel, head of the Christian Kataeb party, which is part of Hariri's "March 14" alliance.

Michel Aoun, head of the Free Patriotic Movement that is Hezbollah's main Christian ally, said it would be a "total failure" if leading figures did not reach an agreement on Wednesday.

According to media reports, a ministerial commission has a plan for the waste crisis that includes transferring refuse management responsibilities to municipalities and establishing temporary landfills.