The head of the UN Support Mission in Libya (UNSMIL) on Tuesday met with the speaker of the General National Congress (GNC) in the capital Tripoli, amid efforts to ignite a dialogue process, aimed at ending civil conflict in the troubled North African nation.

UNSMIL head Bernadino Leon met with Nouri Abu Sahmein “to listen to the views of the parties and various stakeholders on the way forward”, according to the UNSMIL official Twitter account.

Leon in Tripoli now, meeting with Nouri Abu Sahmein. Leon's visit is part of his efforts to listen to the views of the parties & various -->

--> on the management of the remainder of the transitional period from all aspects.

The GNC is the parliamentary predecessor to the House of Representatives (HoR), which was invalidated by a Supreme Court ruling issued on 6 November.

After Tuesday’s meeting the GNC released a statement on Facebook saying the UNSMIL envoy Leon “respects the Supreme Court ruling and the sovereignty of law.”

The GNC also “welcomed the UNSMIL proposal to supervise the upcoming dialogue”.

The UNSMIL has not announced concrete plans for a dialogue process and on Tuesday said the meeting in Tripoli was aimed at discussing “the possibility of convening an inclusive dialogue.”

At the time of publication the HoR, which is regarded as Libya's internationally recognised parliament, had not responded to the meeting in Tripoli.

Analysts warned that Tuesday’s meeting should not be seen as the UNSMIL conferring legitimacy on the GNC, which recently reconvened in Tripoli after the capital was taken control of by the Misratan Led Alliance (MLA) of Libya Dawn in August.

“Leon did not meet with Sahmein in his capacity as GNC speaker, but as one of many political actors to be engaged if any potential dialogue is to be successful,” said Mattia Toaldo, a visiting fellow at the European Council on Foreign Relations (ECFR).

“This may sound like diplomatic language but it’s crucial because the goal is not to lend any legitimacy to the GNC – the meeting was under the scope of dialogue. No one in Libya has a clear sense of who is the legitimate parliament. The Supreme Court ruling nullified everything that happened since March but it doesn’t really say the GNC is in charge.”

Tuesday’s meeting came after two bombs exploded near a meeting between Leon and HoR Prime Minister Abdullah al-Thinni on 9 November in the eastern city of Shahat.

The HoR has rejected the Supreme Court decision ruling it invalid, dismissing the judgement as having been made “under the threat of arms” due to the court being based in the Libya Dawn controlled Tripoli.

The ECFR’s Toaldo said not all HoR members have rejected the court ruling and explained there is an appetite for dialogue in both east and west Libya.

“62 members of the HoR have signed a letter in favour of dialogue. It is important news and shows people on both sides want dialogue,” he said.

Toaldo added that pressure, as yet unproven, on the Supreme Court would be the latest in a number instances since 2011 when political or legal institutions have been pressured by one side or the other.

The court ruling prompted warnings from analysts that Libya is being pushed ever closer to partition, and with the Islamic State (IS) group declaring control of Derna in the east, and as yet unconfirmed reports emerging that they have beheaded two young human rights activists in the province. Local media named the two victims as 19 and 21-year-old Mohammed Battu and Sirak Qath, who were abducted on 6 November. Their bodies were found Tuesday by residents in Derna, with reports indicating that the two were targeted for their alleged support of rogue ex-general Khalifa Haftar who has launched a campaign to root out groups like Ansar al-Sharia in the eastern town of Benghazi.

UNSMIL has urged for calm, with Leon emphasising the urgent need for Libyans to bring an end to the conflict.

In interview with El Pais Leon “insisted” three institutions must remain neutral: the Central Bank of Libya, the National Oil Corporation and Libya Investment Authority – all of which together hold the keys to the country’s revenue sources.

He did not rule out greater supervision and sanctions should these institutions become compromised, which appeared to hint the UNSMIL still consider them to be acting in an independent manner.

The Supreme Court ruling has sparked passionate debate between Libyans and the court had been expected to issue an explanatory report on the decision this week.

On Tuesday, however, the court was yet to publish a clarification document. 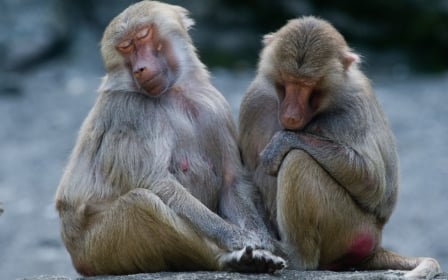