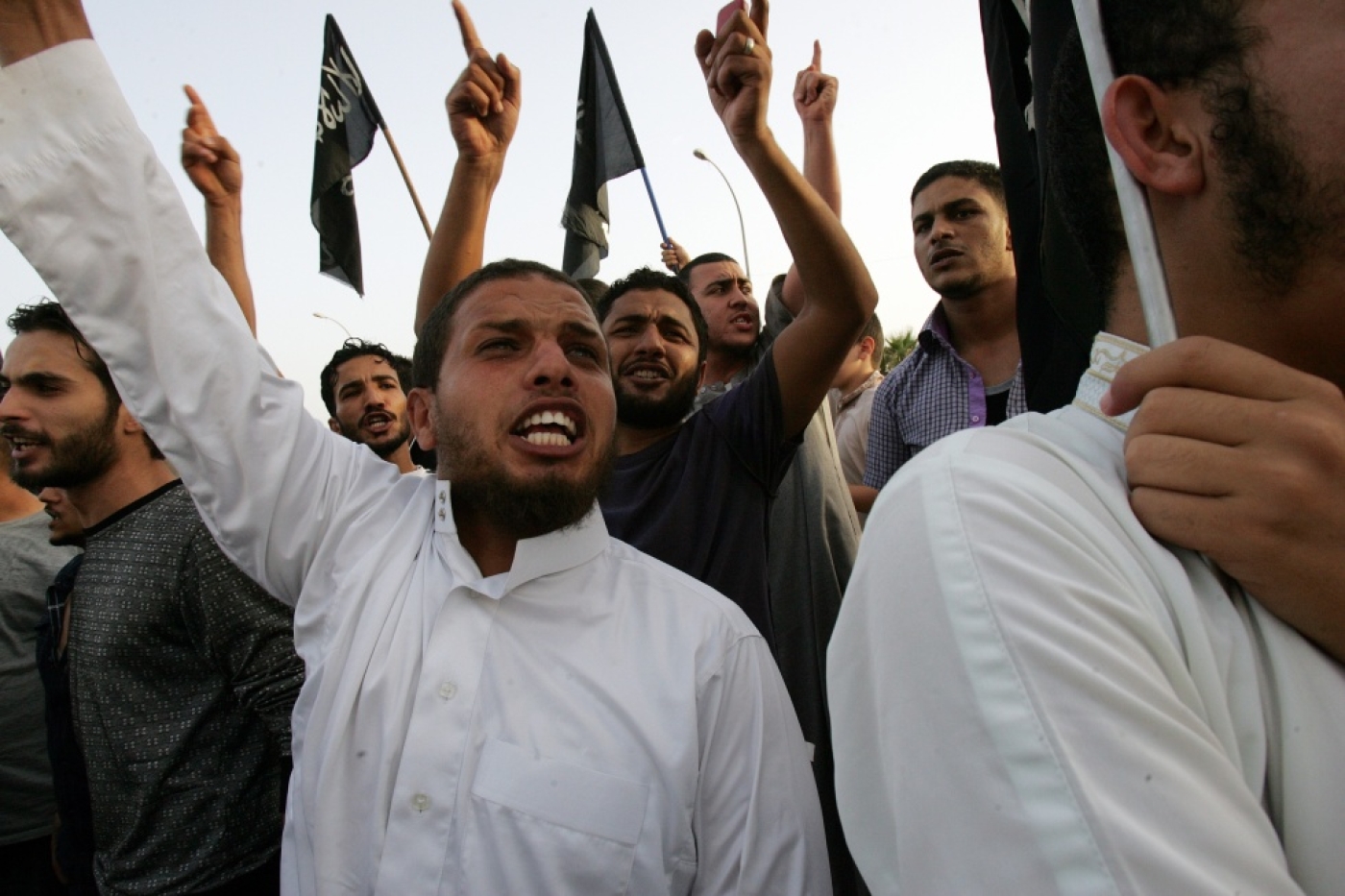 Egyptian warplanes flown by Libyan pilots are reportedly striking Benghazi as a renegade Libyan general continued a major operation to drive out Islamist militias from the city, according to two Egyptian government officials and a Libyan lawmaker.

Member of HoR Tariq Jaroushi: Egyptian planes are used in Benghazi but pilots are Libyan.

Egyptian presidential spokesperson Alaa Youssef, however, told Egypt's Al-Ahram Arabic news website that reports of Egypt's involvement in Benghazi on Wednesday was "completely untrue". Egyptian Foreign Ministry spokespamn Badr Abdel-Aty also denied an Associated Press report which quoted Jaroushi, the Libyan MP.
The reports of Egyptian warplanes come a week after Libyan and Egyptian officials said Egypt would train the Libyan army to fight Islamist militias - and two months after US officials told the New York Times that the UAE and Egypt carrying out airstrikes against Misrata-linked targets in Tripoli. Abu Dhabi and Cairo both denied the allegations, but "mystery jets" have continued to hit Libya Dawn forces in the capital.
Further east, forces loyal to Libyan General Khalifa Haftar have been fighting in Benghazi since May when Haftar launched his self-proclaimed Operation Dignity intent on driving out Islamist-inspired Benghazi-based militants allied to Libya Dawn. After seven months of fighting, tangible gains have remained elusive for Haftar's troops who have been steadily beaten back during clashes between his forces and the militias.
Wednesday's assault would seem to initiate a new phase of fighting - at least according to Haftar who said in a speech broadcast late Tuesday that he was ready to "liberate" the city.
"The coming hours and days will be difficult," Haftar said in the speech. "I bring you today [a message] from the men of Operation Dignity saying that they are ready to fulfil their next goal, which is to liberate the city of Benghazi."
His forces started bombing the 17 February Brigade militia at 8:30am, residents of Benghazi's Fuwayhat district told the Libya Herald.
“We were relieved to hear the sound of the jets because there was heavy fighting all around my house from three this morning," a resident was quoted as saying.
Ansar al-Sharia militants responded with anti-aircraft fire, the resident added.
https://twitter.com/Morning_LY/status/522304457619820544
Witnesses said tanks had launched an assault against an Islamist militia known as the "February 17 Martyrs Brigade," while warplanes carried out raids on the group, whose headquarters is located west of the city.
At least 12 people were killed and 10 others wounded, including three soldiers, and a man and his three children, officials said.
A spokesman for Haftar's forces said they captured the February 17 headquarters after several hours of fighting, but there was no way to independently verify the claim.

Later in the day, the army announced it had thrown its weight behind Haftar and claimed 'Operation Dignity' as one of its own campaigns.
"Now it is one operation of the army, among others," spokesman Colonel Ahmed al-Mesmari said.
The army's 204 Tank Brigade entered the fray against the 17 February Brigade in the Fuwayhat district of Benghazi which has seen the heaviest fighting of the day.
“We were shocked when they started fighting because 204 Tank Brigade has not previously declared support for Operation Dignity,” a local resident said.
Clashes have stemmed in part from a suicide bombing of the 204 Tank Brigade army base, which left three dead and also a separate bomb attack on the Kudo restaurant in Benghazi, which was said a to be frequented by members of Ansar al-Sharia.
A number of Benghazi streets, among them Beirut Street and Shara Ashreen have been closed.

The elected House of Representatives (HoR) in Tobruk has yet to release an official statement on the assault, though journalist Mohamed Eljarh quoted HoR spokesperson Faraj Bo Hashem saying he was “praying and offering support” for the army in Benghazi.
Tensions in Libya have been growing in recent years with militias that worked together to overthrow Gaddafi in 2011, turning their guns on themselves. The security situation has been deteriorating steadily, with kidnappings and bombings now considered a frequent affair.