Libyan women vow to push on for 'irreversible empowerment'

'The question of women’s representation in a democracy that has no arms control has proven to us to be a hypocrisy,' says Libyan women's rights activist. 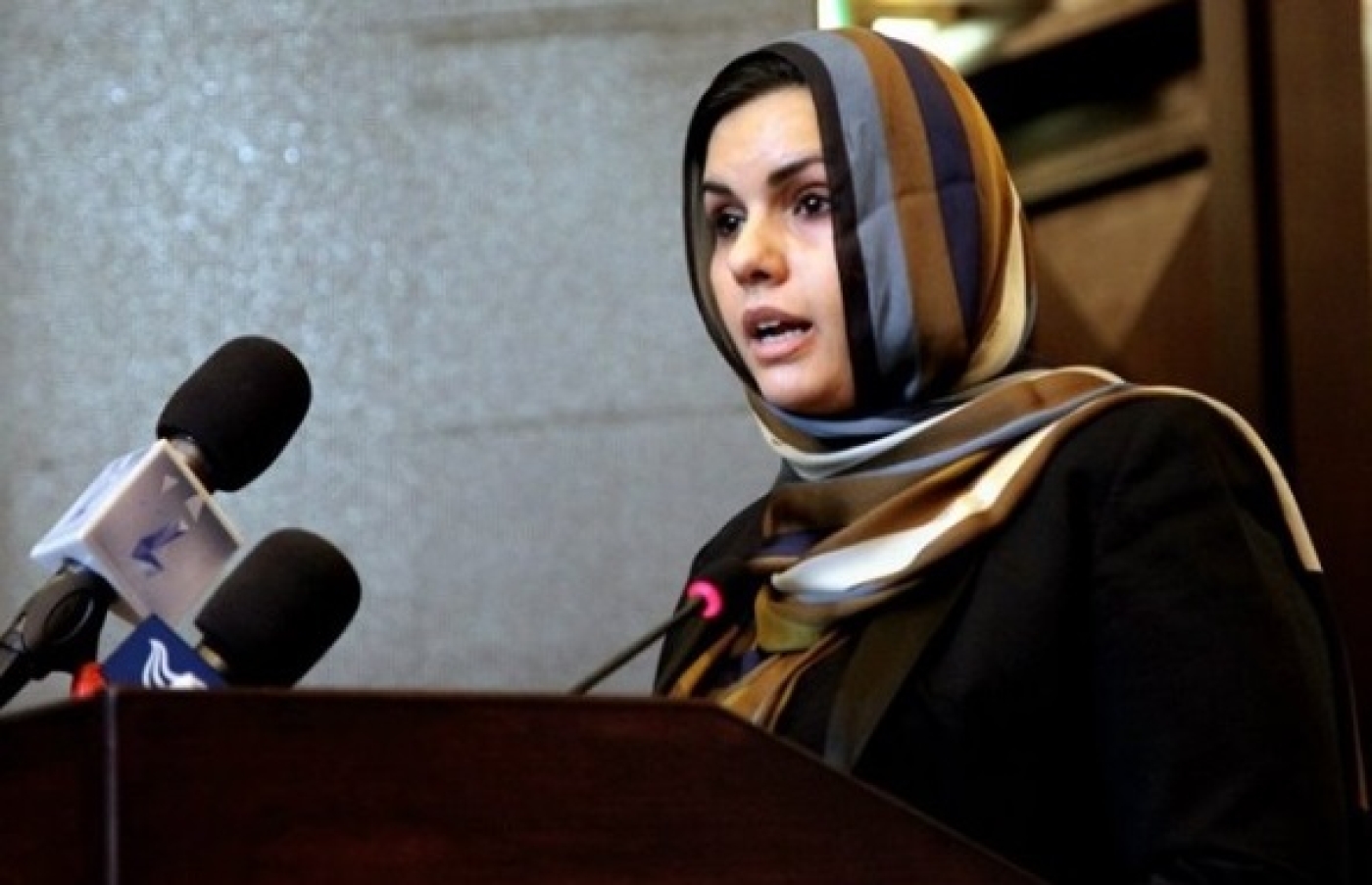 Speaking from her home in Egypt, where she lives in exile with her family, Langhi is one of tens of Libyan human rights activists who have fled the country after receiving threats and having friends and colleagues brutally murdered. Being women or young people offered no immunity against the still nameless foe who carried out these assassinations, at their most prolific in eastern Libya.

“Rage alone is not the solution. It takes more than rage to reform our lives and make them better, to have the values that the uprisings were for, to have justice and dignity,” says Langhi. “It needs compassion. And that’s what we missed in our revolution - it was all centred around rage.

“And if we continue with this rage-centred discourse, it will not get us anywhere. We will end up all being killed.”

The writing was on the wall even in the final stages of the revolution. What Langhi describes as the systematic exclusion of women, despite the role they had played in the uprising, inspired 35 Libyan women to set up the LWPP in October 2011.

The movement pioneered reforms to the proposed electoral system, with the implementation of a “vertical and horizontal zipper system” in Libya’s first parliamentary elections in decades, which saw women achieve a hard-won 17.5 percent of the vote.

But before the parliament - the General National Congress (GNC) - had even convened for the first time, a wave of violence spread across Libya. Assassinations of army officers, a rise of militant ideas, disrespect for the rule of law and the rise of armed groups were accompanied by a string of violations of human rights, including the emergence of secret prisons outside any state control, Langhi says. Within weeks of the GNC’s first meeting, the United States ambassador, Chris Stevens, was murdered by militants in Benghazi.

Women MPs then discovered that the use of militia intimidation in the political setting undermined the GNC’s legislative capacity from the outset, crippling their power.

“Two of the founding members of the LWPP won seats and they were also members of the Human Rights committee. However, they were often threatened by colleagues, some of whom were militia leaders,” Langhi says. “These congressmen who, at the same time were heads of militias or affiliated to a militia, would bring their armed groups to threaten other MPs.”

The outcome of votes on new legislation were therefore often the result of threats and menaces, she says, casting doubt on the effectiveness not only of the Congress itself, but also the whole system that put it in place.

“The question of women’s representation in a democracy that has no arms control has proven to us to be a hypocrisy,” Langhi says. “Elections alone do not help in bringing about, in a democracy, a woman’s empowerment. It takes more than that. It takes addressing the real issues - militarisation, disarmament, demobilisation, reintegration of armed revolutionaries, and no impunity for warlords.”

This area is one where Langhi levels fierce criticism at the current UN-led dialogue process. In an effort headed by the Special Representative for Libya, Bernadino Leon, the UN is pushing hard for a political solution to Libya’s fledgling democracy that is fast-unravelling amid a fractured and incoherent civil war, fuelled by a complex set of ideological, political, regional and tribal allegiances.

“I cannot see that Libya’s problems will be resolved if a so-called national unity government is formed. That is the target, but I think the target is wrong,” she says. “The international community insists that there can only be a political solution, but the answer is more complicated because the situation is complicated. It’s not an either/or political or military solution. It’s more than that. It’s humanitarian as well.”

Citing the humanitarian crisis that continues to unfold across the country - one that has seen more than 400,000 people internally displaced, according to UNHCR estimates - Langhi says this is being completely overlooked in the current dialogue process.

“This is the fight that most international and government stakeholders at the moment seem to ignore,” she says, referring to the barbaric killing of her friend and co-founder of LWPP, Salwa Bughaighis, along with the hundreds of other activists, security officials and journalists individually assassinated since the revolution.

“The human rights approach is always, always absent from these peace talks led by the UN. We want to see the implementation of UN Security Council Resolution 2174 which ends the impunity of warlords, regardless of political background,” Langhi says.

“Warlords have taken the lives of Libyans. Those who violated human rights and who have committed atrocities against civilians should be punished according to this resolution, but no name has yet been put onto the list for punishments of asset freezes or embargo on their travel.”

Langhi claims that it is insufficient for the international community to support women’s empowerment programmes with funding.

“We already believe that women and youth are powerful. What we need is the actual disempowering of those who threaten us,” she says “Disempowering warlords - using the framework we already have in UNSC Resolution 2174 - is the best empowerment they could give to Libyan women and youth.”

The LWPP strives for an inclusive approach that prioritises human rights.

“When we talk about women’s rights, we’re talking about human rights, and this is exactly the approach of the LWPP - it’s a holistic, integrated and inclusive approach,” Langhi says.

Inclusivity at the moment is sometimes misused by the international community with its choice of who to empower, she says, with another dig at the current dialogue process. “The legacy of the West is supposedly democracy, and if they want to continue that legacy, they should empower democratic values.”

In the face of ongoing threats and the deaths of close friends and fellow activists in her hometown of Benghazi, Langhi continues to drive forward LWPP ideas. “All these kinds of political violence against our friends make us more determined and, yes, there will be losses and sacrifices, but these sacrifices will pave the way to the real empowerment of women.”

In the face of the Libyan authorities’ inability to bring anyone to justice in any of the hundreds of assassination cases, the LWPP is pushing for an international investigation into the murder of Salwa, supported by a short film entitled Justice for Salwa is justice for all.

“We are also calling for the protection of civil society activists in Libya. It is quite unbelievable that almost all of them are now living out of the country,” she says.

An exile for 33 years under Muammar Gaddafi’s rule, during which time her parents were anti-regime activists, Langhi has been again forced back into exile by threats that even follow her to Egypt.

The last time she was in Libya, and then only briefly, was to attend the opening ceremony in Tobruk of the new parliament - the House of Representatives. This was something she did for Bughaighis, who was assassinated after casting her vote in the elections for this very body and appearing on television to encourage other Libyans to do the same.

Langhi remains tireless in her campaigning from outside Libya, however. And, although admitting that the position of women in Libya has been undermined since the revolution, she believes there is no going back.

“I do believe that the 2011 uprising was an important moment in the history of Libyan women and youth, and that moment started what I call an irreversible empowerment,” she says. “What we’ve seen afterwards has been systematic exclusion and political violence against women. However, the irreversible empowerment that took place at the beginning of the revolution, on many levels is not only political - it is also existential and social and this is what counts. Women can never go back to where we were before the revolution.” 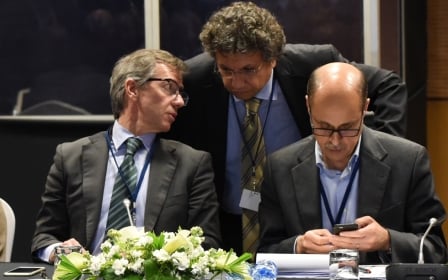